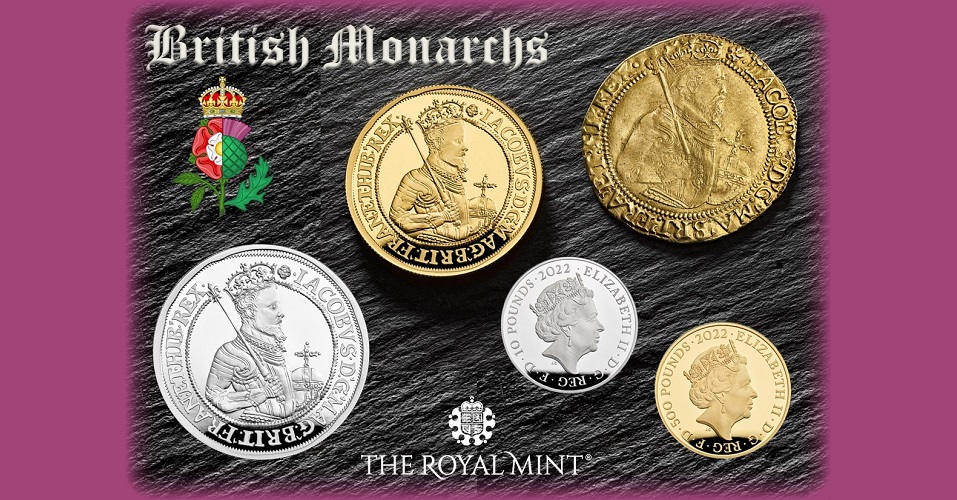 The Royal Mint has released (28th March) the second set of gold and silver Proof coins in their recently launched series entitled “British Monarchs.” The first coin in the collection was launched in January and featured Henry VII, founder of the Tudor dynasty, who reigned from 1485 to 1509. The series will be released over the course of five years and when completed, will comprise a total of 21 monarchs who have ruled England and Great Britain. The four Royal Houses included are the Tudor (1485–1603), Stuart (1603–1714), Hanover (1714–1901), Saxe-Coburg, Gotha (1901–1917), and Windsor (1917–present). The coins themselves remaster historic portraits of monarchs onto modern coinage that also replicate historic minting techniques.

The second coin in the “British Monarchs” series features the portrait of King James I, also James VI, Stuart of Scotland, who succeeded his kin Queen Elizabeth I after her death in 1603. With her death, England saw the last Tudor monarch and ushered in the first in the line of the Stuart dynasty, who would rule both England and Scotland until 1714. 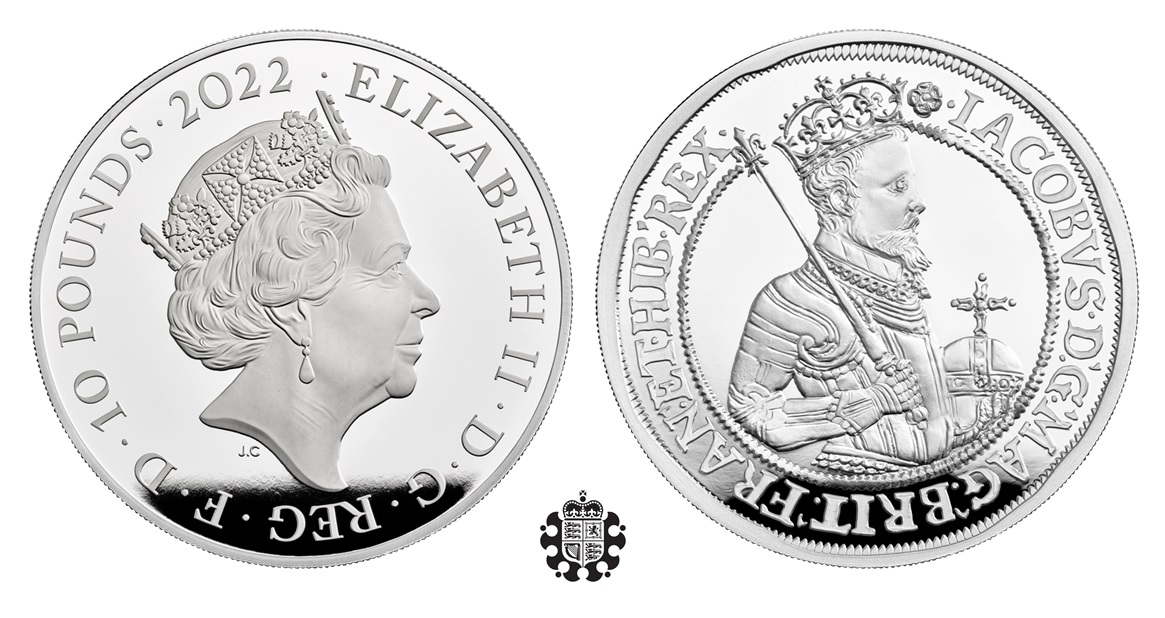 The remastered portrait authentically reflects the minting processes of the Stuart period, including a polished coin table and “fishtailing.” These characteristics have been faithfully recreated in the new James I portrait design. Each of the commemorative coins in the new series features the fifth definitive effigy of Her Majesty Queen Elizabeth II designed by Jody Clark and in use on all British commemorative and circulation type coins since 2015. The denomination and year of issue also appear on the obverse as part of the legend surrounding the Queen’s likeness. 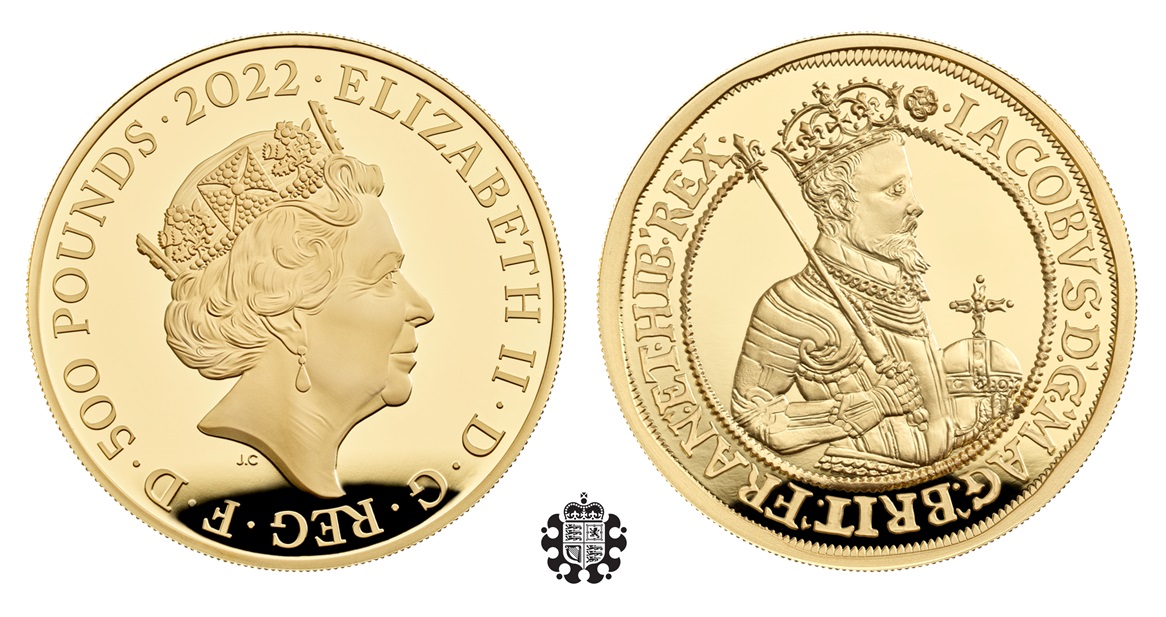 Each year will see the launch of several new “British Monarchs” coins, released sequentially in January, March, June, and September*.

Each of the gold and silver coins of the “British Monarchs” series is specially encapsulated and presented in a selection of hardwood high-gloss cases (gold) or leatherette black matte cases (silver) accompanied by numbered certificates of authenticity. For additional information about this collector series, please visit the Royal Mint’s website.

*All the information provided regarding dates and launch order of the monarchs are all subject to change across the five-year series.