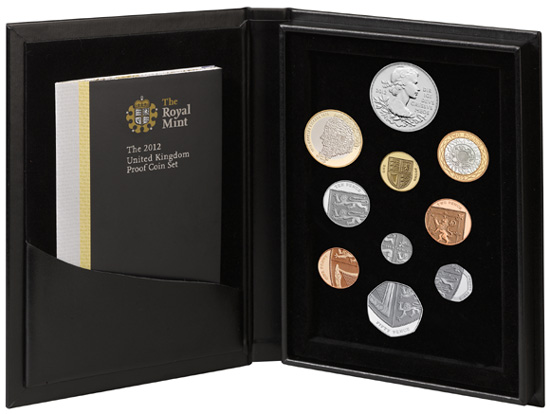 The coin set will include the excellent commemorative £5 crown which marks the Queen’s anniversary. This coin includes two separate portraits of the Queen, the first time that a legal tender coin will portray the reigning Monarch on the obverse and reverse. The obverse portrait captures Her Majesty dressed in formal Garter Robes, with gravitas and stately bearing. The reverse, inspired by the first portrait of The Queen to appear on coins in 1953, features a young monarch classically depicted wearing a laurel wreath with the accompanying Latin words Dirige Deus Gressus Meos – May God Guide My Steps.

The second commemorative coin with a face value of £2 is issued for the 200th anniversary of the birth of Charles Dickens. Created by graphic designer, Matthew Dent, (who also created the “puzzle” reverse designs for the UK circulation coins) the coin features a profile of the author created from titles of some of his most famous works and features the edge inscription “Something Will Turn Up”, a phrase spoken by the ever optimistic Mr Micawber in David Copperfield, Dickens’ own favorite story.

The remainder of the set is comprised of the presently circulating 1 penny to £2 series including the coat of arms series circulation coins. There are two options available for the proof coins, a “Collector Proof set” and a “Premium Proof Set”. Included in the premium set is an uncommon crown size medal with a calligraphic design denoting the “2012” set, the first time a medal of this type has been included in a proof set offering this option of presentation. Encased within a handsome walnut –veneer presentation box with its own pair of numismatist gloves and a full-colour booklet detailing information on each coin and with an integral Certificate of Authenticity, attesting to the low worldwide limited edition of 3,500 sets world-wide. 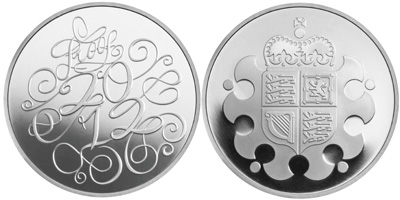 For more information on this and other coins offered by the Royal Mint for 2011 and 2012, please visit their website at: http://www.royalmint.com/store/catalogue/collectable/sets.aspx