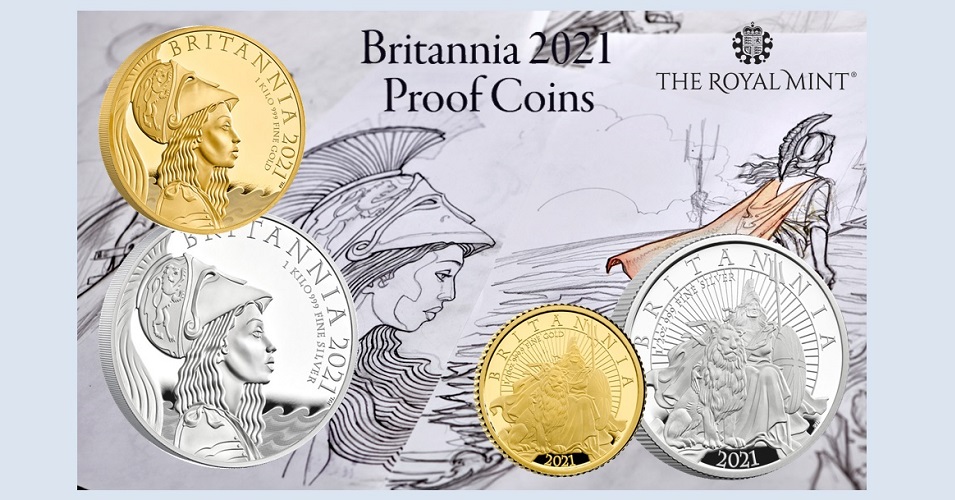 The Royal Mint has launched (18th March) their latest collection of the Britannia range of gold and silver collector and investment coins. For the first time since introducing different designs each year, the collection features two editions: A core range and a premium exclusive range. The core Britannia range is a continuation of the collection, and the premium exclusive range is a new addition to the collection. Over the next four years, the Royal Mint will continue to explore diverse designs through the premium Britannia range. The allegorical female personification of Britannia has been an icon of the British people for over 2,000 years, first appearing as a seated figure on coins during Emperor Hadrian’s rule. The Romans depicted Britain as a strong female, akin to Celtic Queen Boadicea (circa 60–61 AD), which has endured and continues to grace the nation’s coins today, more recently the definitive £2 coins first released in 2015.

Both designs are the work of prominent artist Patrick James, or “P. J. Lynch,” as he is professionally known, and includes two very different interpretations of the traditional allegorical female figure representing Great Britain and has done so since classical antiquity. 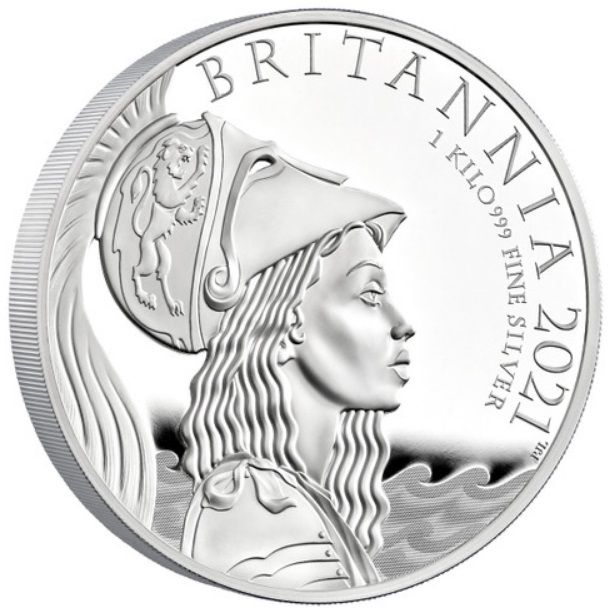 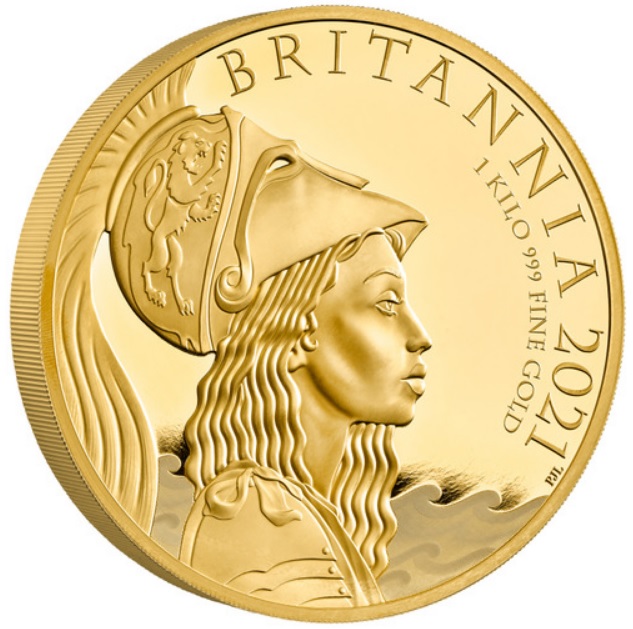 For the new premium range, she is seen in stark profile, helmeted and with waves behind her, representative of Britain as an island nation with a seafaring tradition. New minting technology utilised in the striking process gives the impression of moving waves in the background. The text BRITANNIA 2021, the weight, and metal fineness are placed along the right edge of the coin. 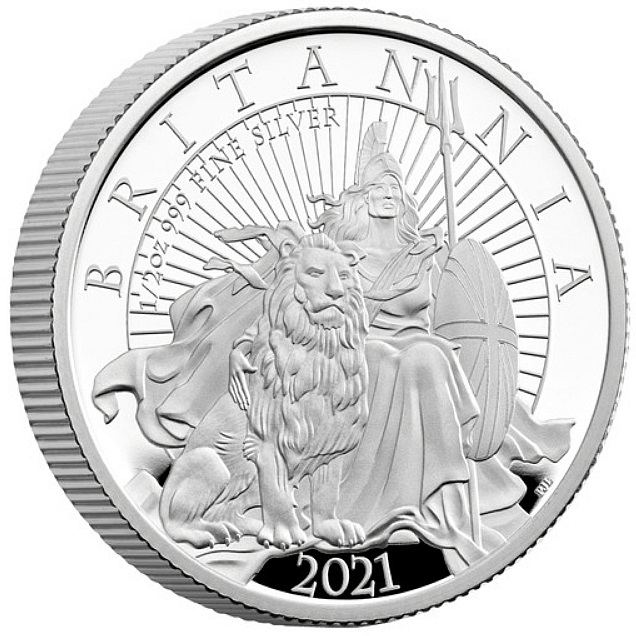 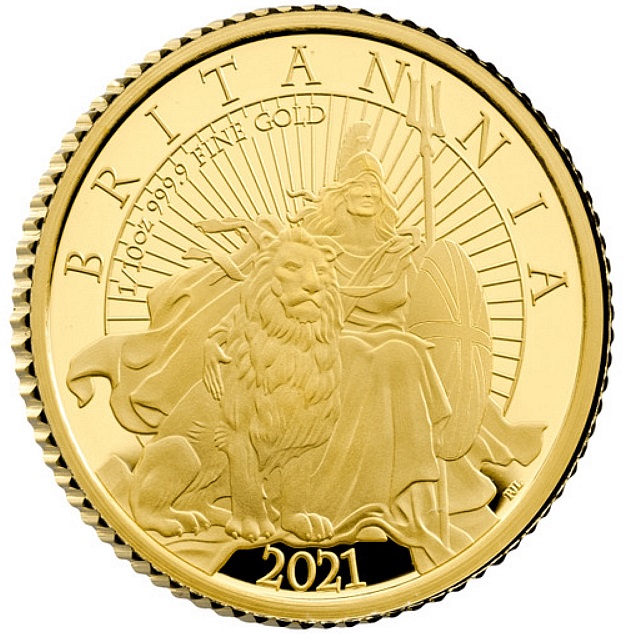 The core range of Britannia coins depicts the iconic figure of Britannia seated next to her lion guardian whilst looking out to the horizon with a trident and shield. In the background are linear rays representing sunlight and above the primary design is the text BRITANNIA with the year of issue 2021. Both ranges depict on the obverse, the fifth effigy of HM Queen Elizabeth II created by engraver and artist Jody Clark, which was introduced onto British coinage in 2015. Each obverse side of these ranges includes the denomination in the legend. 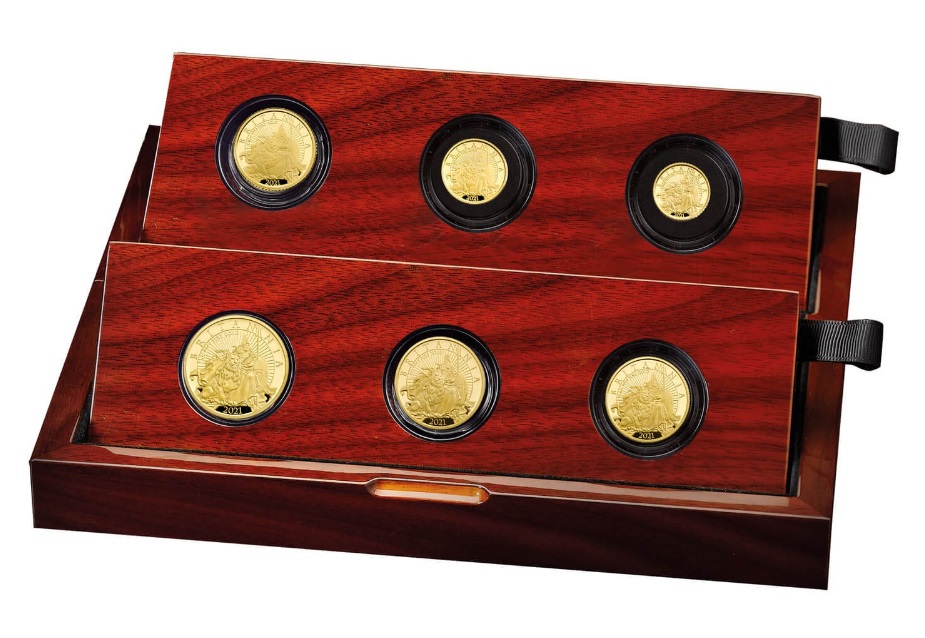 Available in weights from one kilo to 1/40th-ounce gold and in denominations from £1,000 to 50 pence, the coins are presented as six-coin sets or individual purchases. The six-coin gold set ranging from one ounce to 1/40th ounce is presented in a polished hardwood case accompanied by a numbered certificate of authenticity. 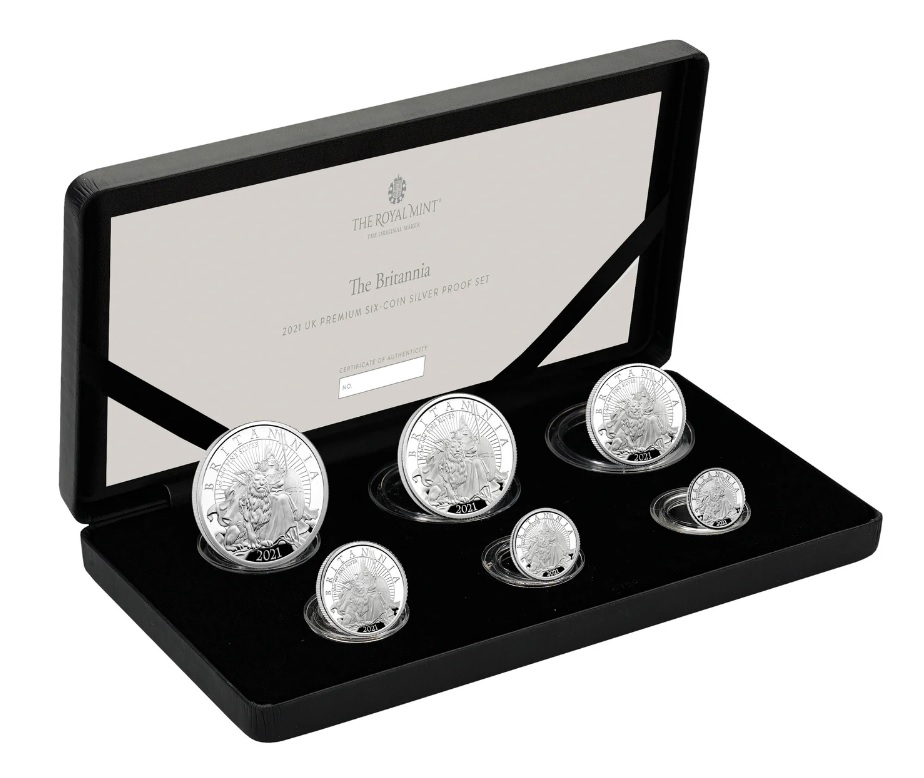 Silver Proof options are available in weights from two kilos to 1/40th-ounce and in denominations from £1,000 to five pence. There are two popular options of a six-coin set and a two-coin set, which includes a Proof and Reverse Proof coin.

For additional information about the entire range of core and premium Britannia Proof pieces, please visit the Royal Mint’s website.