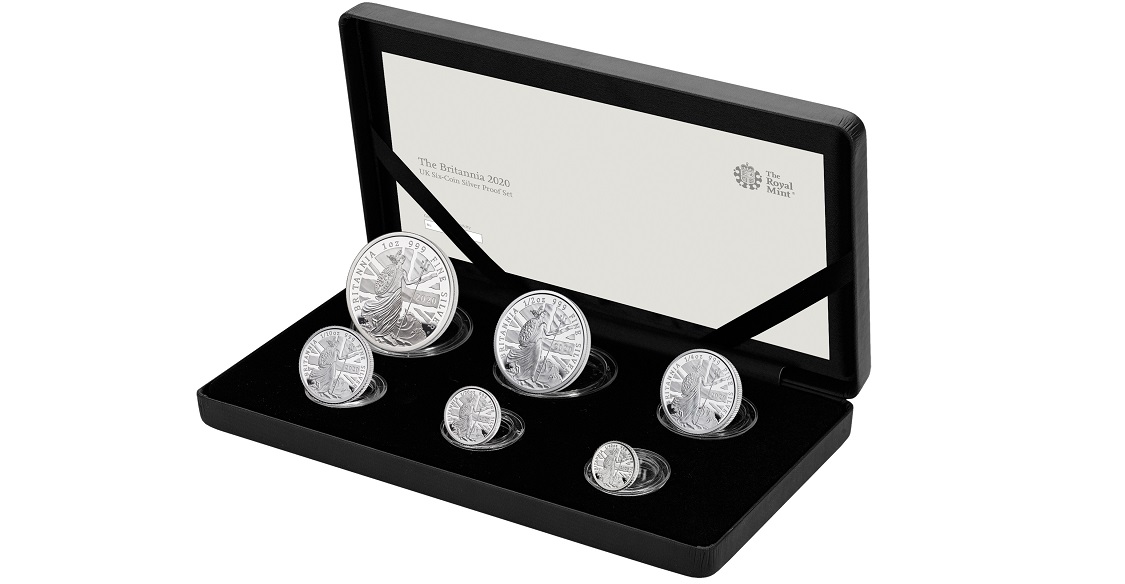 The Royal Mint has launched (10th February) their 2020-dated collection of Proof gold and silver Britannias, one of the mint’s more popular series. The bullion-related coins, with reverse designs that are always different each year and feature the famed allegorical personification of Great Britain and the British Isles, has appeared on a variation of English or British coinage since Roman times, re-emerging in the Elizabethan Era, but returning to coins on a more permanent basis in 1672 during the reign of Charles II. From that time to the present day, she has been featured on the coins of every British monarch and was a familiar sight on pennies, half-pennies, and farthings until the end of the reign of King George V — thereafter until 1970 when the last old-style pennies were released. From 1969 until 2008, a graceful rendition of Britannia was seen on 50-pence coins, and, more recently, she has made a somewhat stylised appearance on the reverse side of definitive two-pound coins from 2015. The story of Britannia is intimately linked with the story of the nation she represents — Britain. 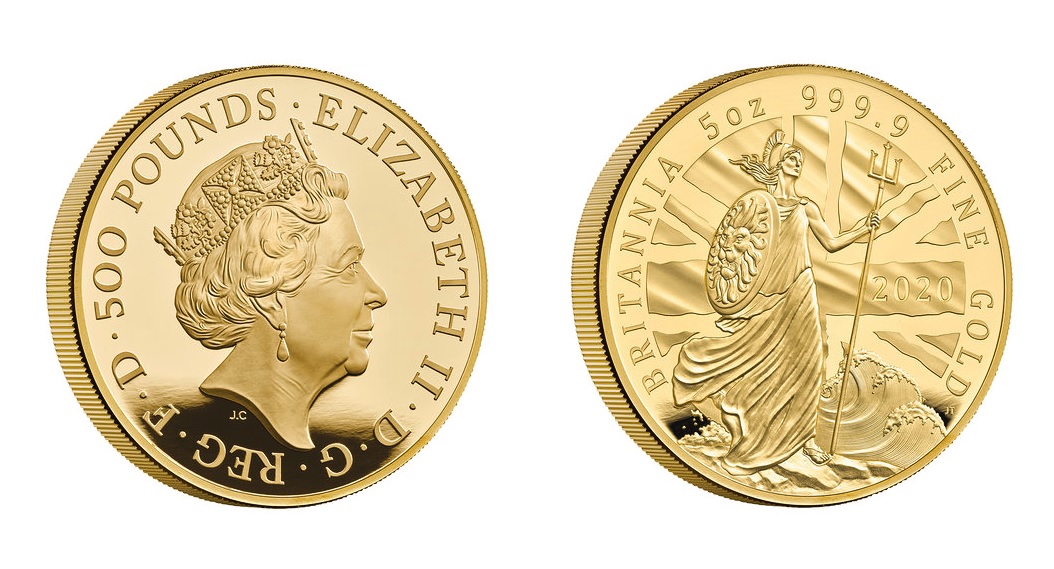 For 2020 and the Proof editions of the gold and silver Britannias, this year’s design is both respectful of the past and offers a contemporary interpretation. Britannia stands facing into the wind, a trident planted into the rocks, as the waves crash around her. On her arm, she holds a shield featuring the head of a lion. The design is the work of James Tottle, who is best known for his dramatic ice sculptures, magnificent figures carved from large frozen blocks. In 2018, James went on to win a live ice sculpting competition with a red dragon’s head at Tatry Ice Master. Each example in gold or silver includes the fifth numismatic effigy of HM Queen Elizabeth II to appear on British coinage, which was introduced in 2015. Designed By Royal Mint engraver Jody Clark, the portrait of the Queen is an integral part of all coinage issued in the United Kingdom, whether for circulation or commemorative releases. 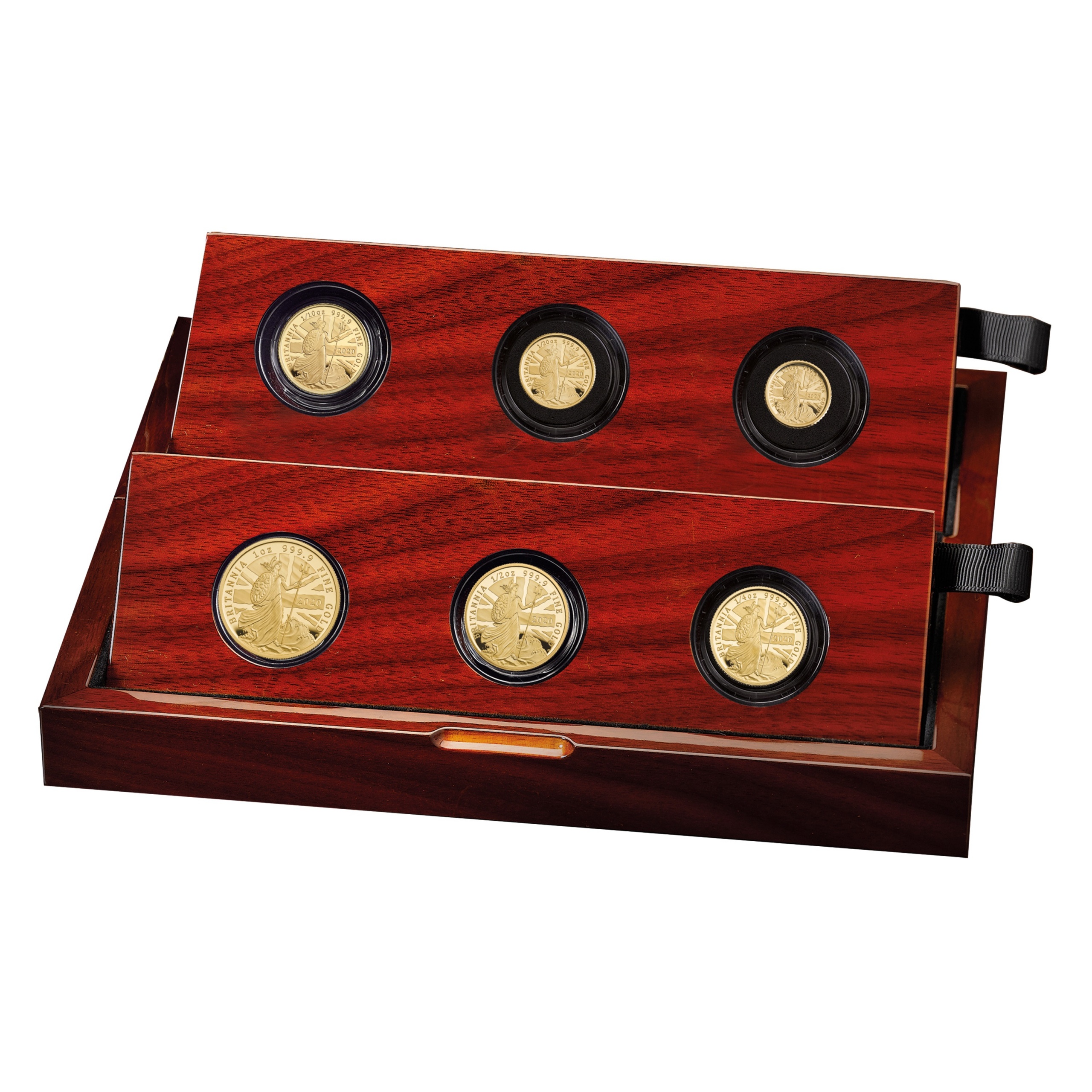 The gold versions are available as a six-coin set ranging from one ounce to 1/40th ounce and are presented in a polished hardwood case accompanied by a numbered certificate of authenticity. 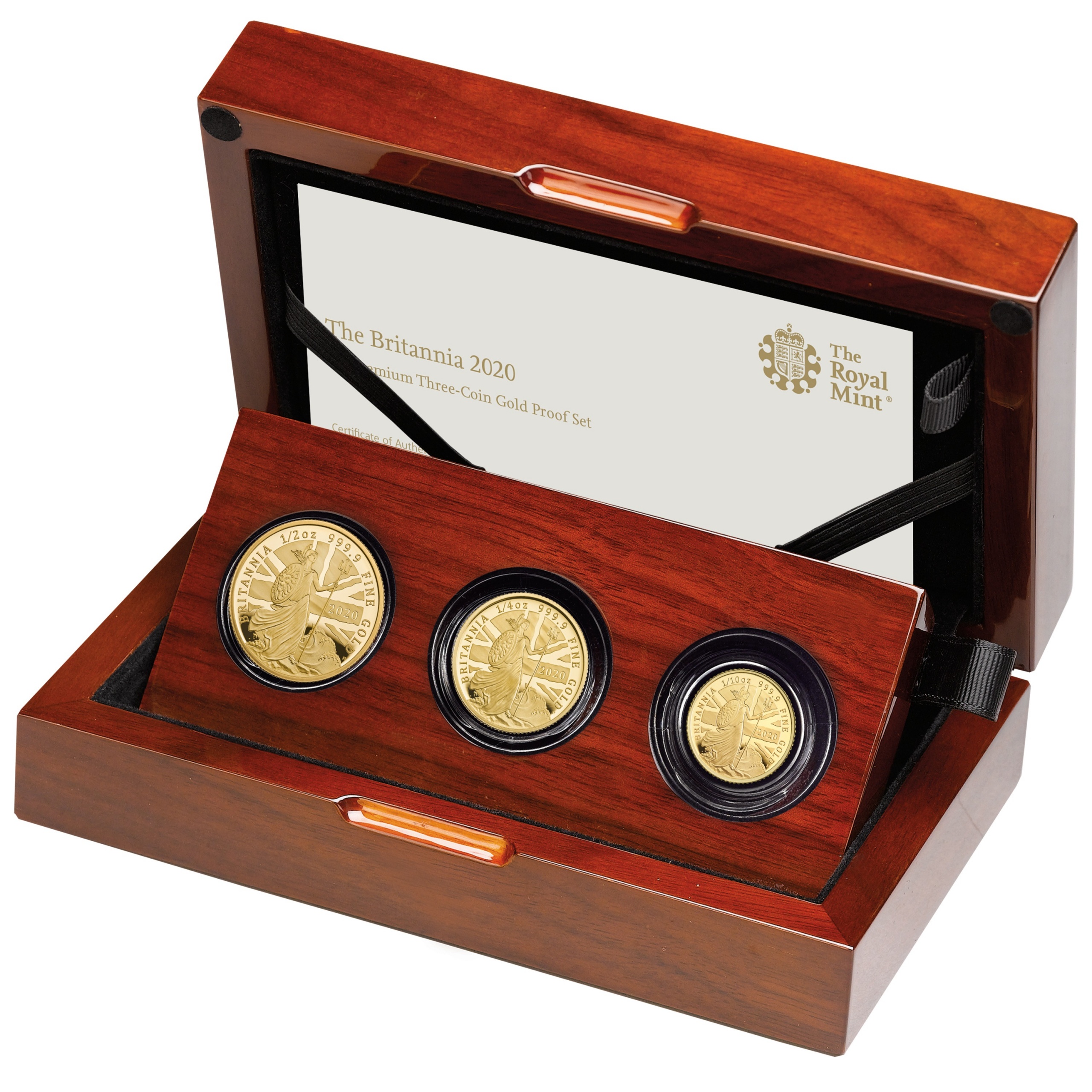 A three-coin set featuring the half, quarter, and 1/10th-ounce coins are also available. 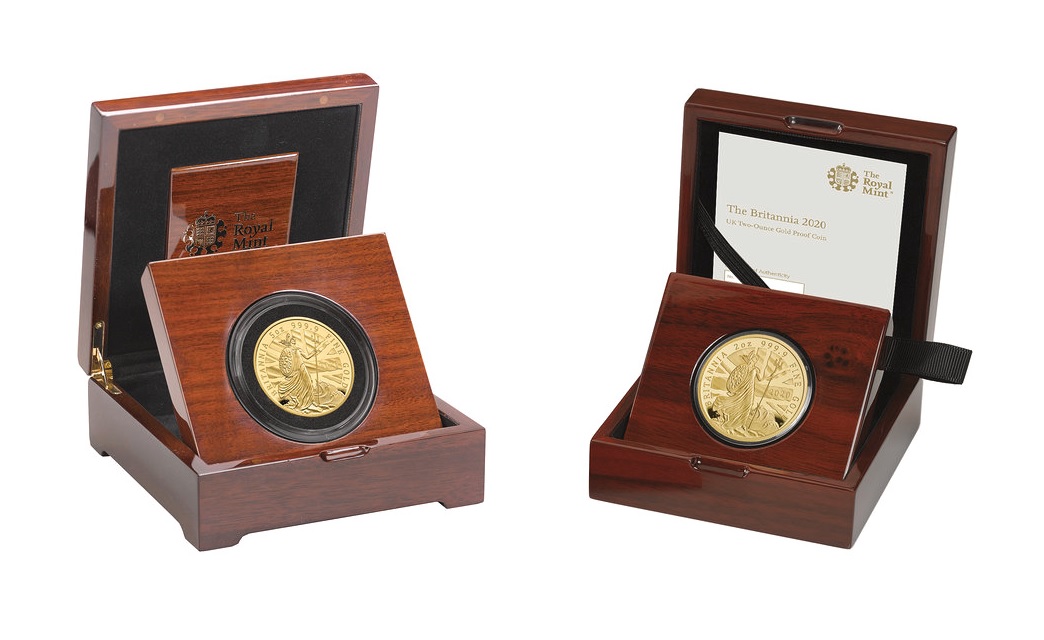 Five-ounce and two-ounce versions are also available as separate purchases. 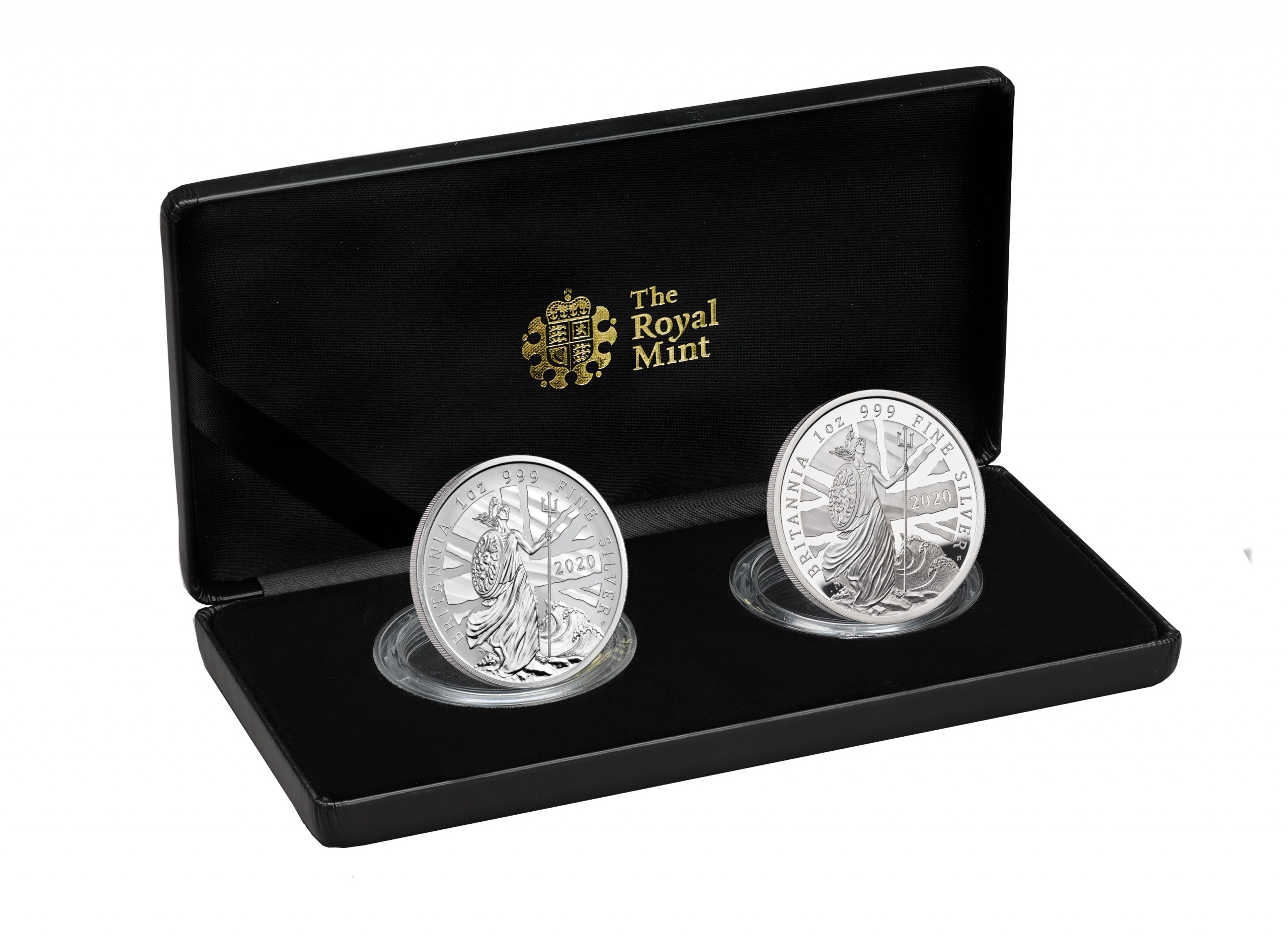 The silver Proof editions are available as a premium six-coin set including a one ounce to 1/40th ounce presented in a custom black faux-leather case along with a numbered certificate of authenticity. A two-coin silver set including a standard and Reverse Proof strike is available, as well as the single Proof standard silver coin. 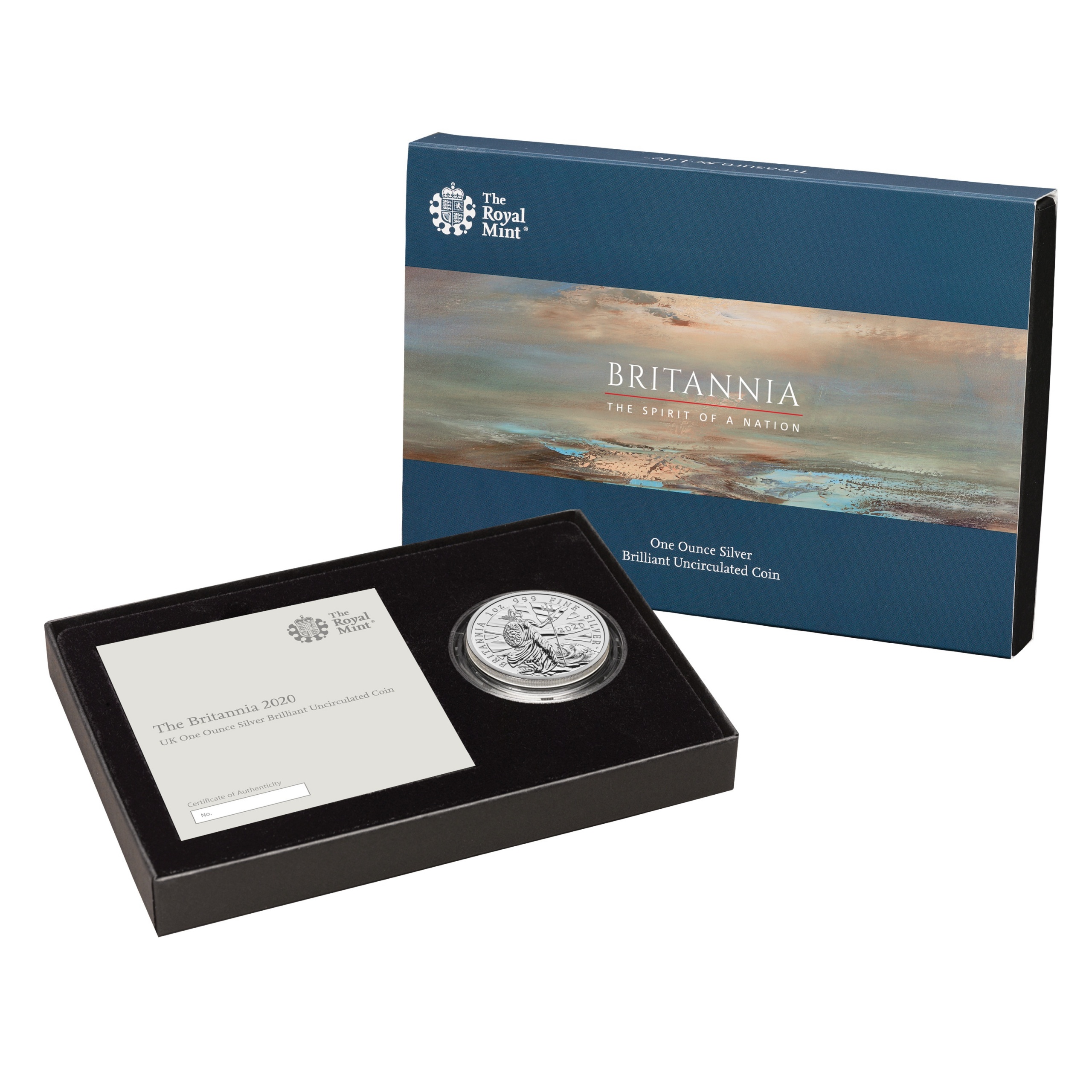 For additional information about these coins and others on offer from the Royal Mint, please visit their website.