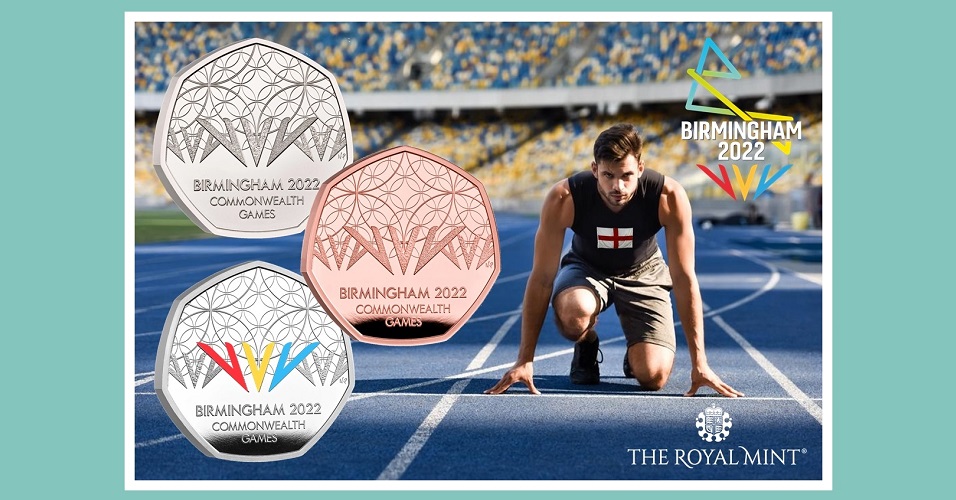 The Royal Mint has released new precious metal and cupro-nickel commemorative 50-pence coins which mark the hosting of the XXII Commonwealth Games. Also known as the 2022 Commonwealth Games, or just as Birmingham 2022, the international multi-sport event for members of the British Commonwealth of Nations is scheduled to be hosted in Birmingham, England, from the 28th July to the 8th August 2022. It is the third time England will host the Commonwealth Games after London in 1934 and Manchester in 2002. 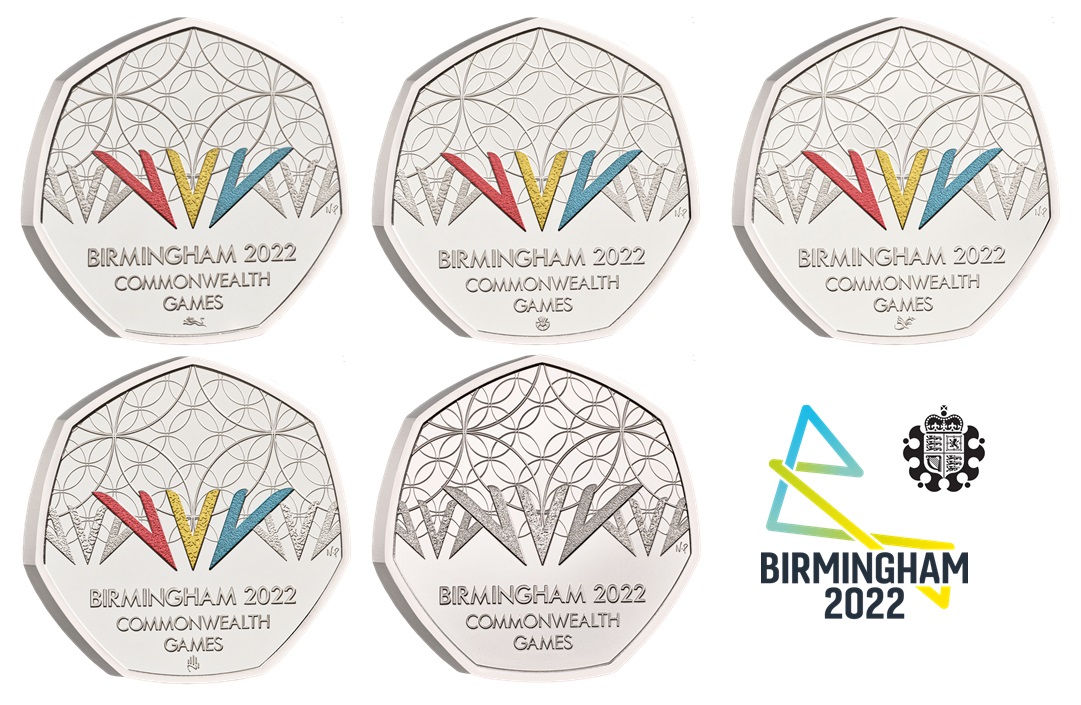 The seven-sided coins are designed by Natasha Preece with the seal of the Commonwealth Games Federation featuring prominently and centred along with smaller representations shown on either side with a background of an intertwined geometric overlapping circles pattern representing the Library of Birmingham and borrowing from the architecture of the building. Below the Federation logo is the commemorative text BIRMINGHAM 2022 COMMONWEALTH GAMES arranged in three lines of text.

The obverse bears the fifth definitive effigy of HM Queen Elizabeth II designed by engraver Jody Clark and seen on all British circulation and commemorative coinage since 2015. The denomination 50 PENCE is part of the legend encircling the Queen’s likeness.

*Each colour Brilliant Uncirculated version also includes an insignia below the primary design denoting the English, Scottish, Welsh, and Northern Ireland teams from Great Britain. The blister-pak folder also includes this insignia on the front cover and their mintage is as follows: 7,510 ENGLAND, 5,010 SCOTLAND, 5,010 WALES, and 5,010 NORTHERN IRELAND. 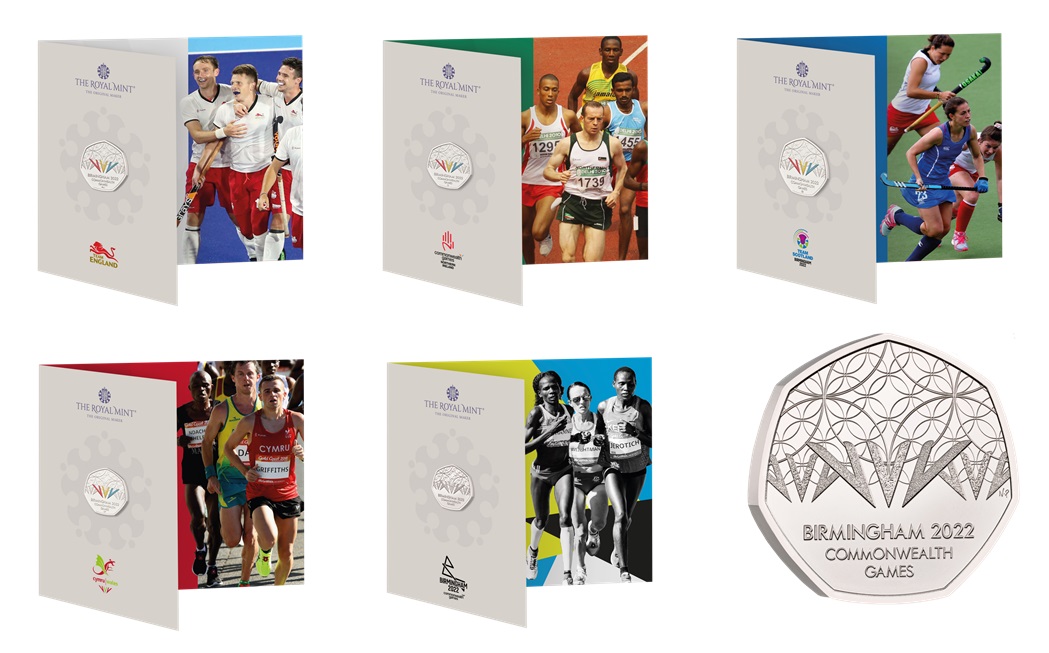 Both Brilliant Uncirculated cupro-nickel coin versions are housed in a blister-pak type folder with informative text and illustrations. Both versions of the sterling silver Proof coins are presented in a custom black vinyl case and the gold Proof coins are presented in a polished hardwood case; all are accompanied by a numbered certificate of authenticity. For additional information about the Commonwealth Games commemorative range, please click here.