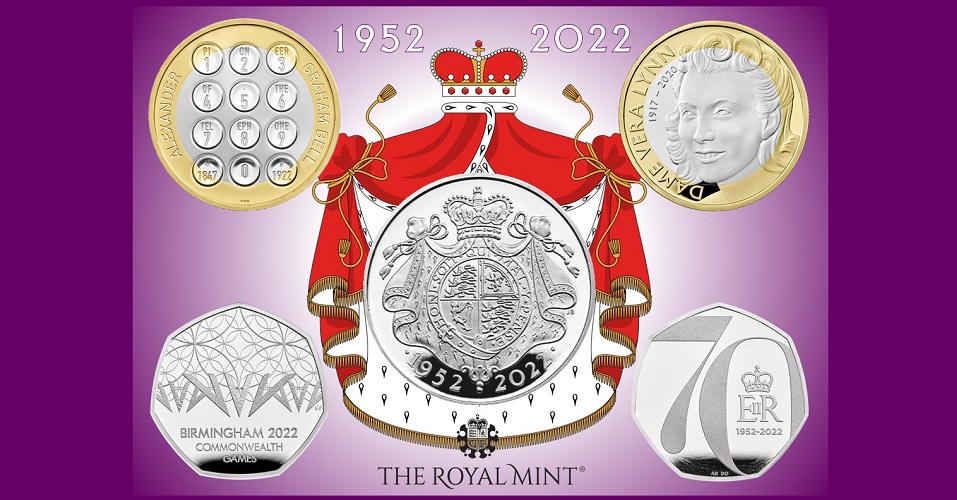 The Royal Mint has launched (29th December) their range of commemorative coins for 2022, which include special strikes of 50-pence, two pounds, and more importantly a commemorative five-pound crown in celebration of the Queen’s 70th anniversary of accession.

The subjects and designs featured in the 2022 range include: 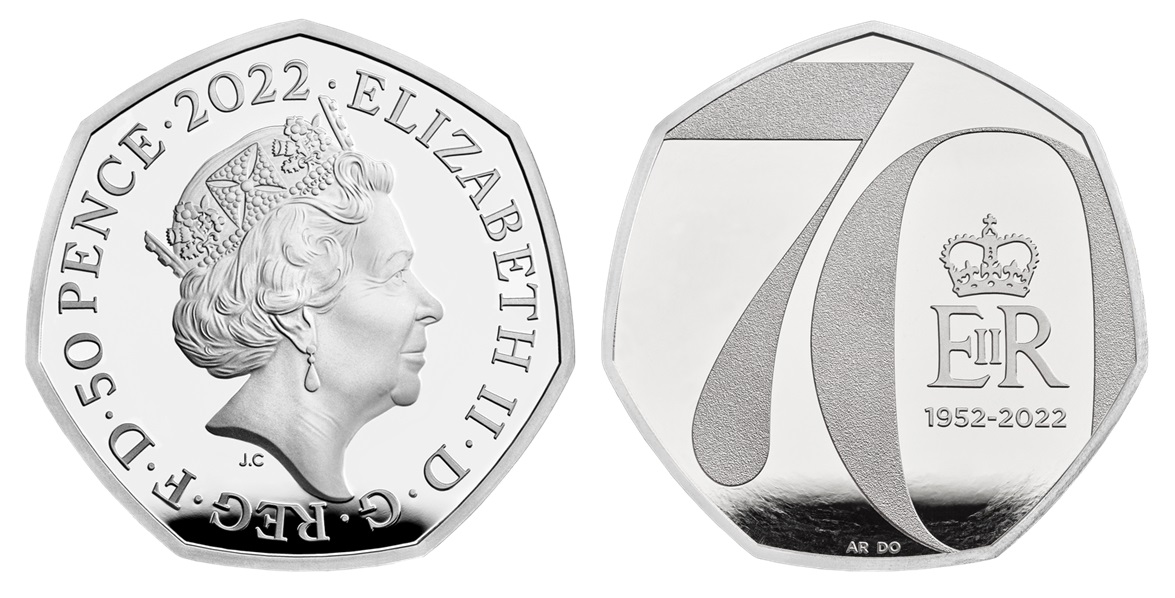 The Platinum Jubilee of Her Majesty the Queen 50-Pence

Her Majesty the Queen’s Platinum Jubilee will be celebrated with a UK 50-pence coin, which is both Britain’s most collected coin and the first UK 50-pence piece to mark a royal event. Designed by the firm of Osborne Ross, the coin features a sleek reverse design that comprises the number 70, the Queen’s cypher, and the years that span her reign thus far. 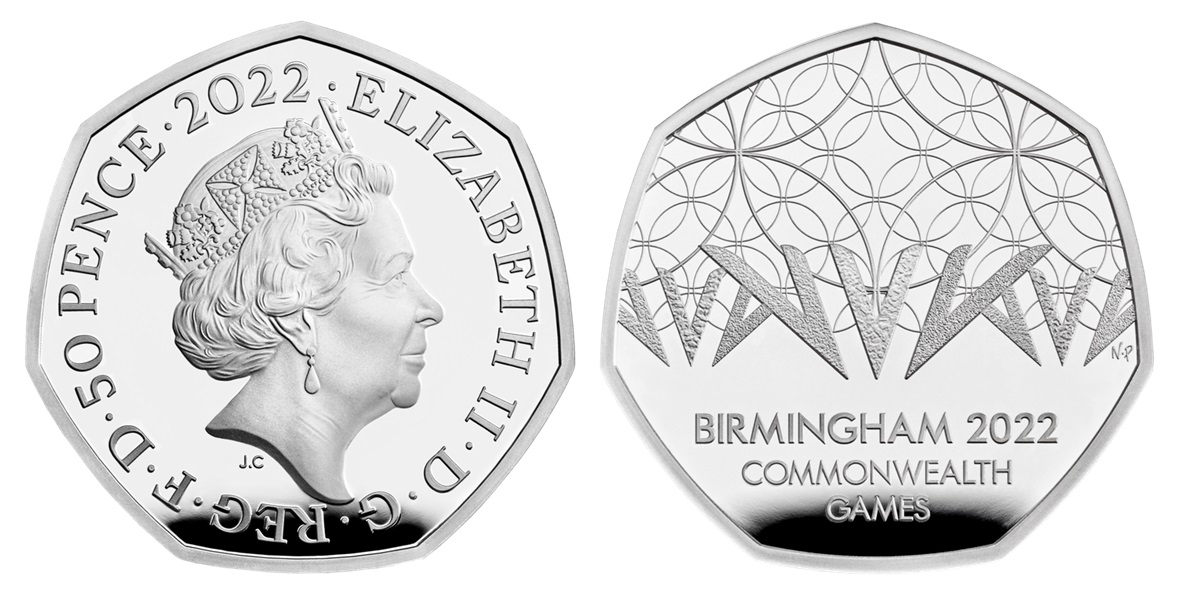 The summer of 2022 will see the return of the Commonwealth Games to the United Kingdom, hosted this time in the city of Birmingham and which promises to be a spectacular occasion for British and Commonwealth sport. The reverse of this 50-pence coin features a design by Royal Mint graphic designer Natasha Preece, who has captured the essence of Birmingham 2022 with a distinctive geometric design.

Dame Vera Lynn, whose touching renditions of songs such as “We’ll meet again” during the Second World War earned her the affectionate nickname the “Forces Sweetheart.” Dame Vera remained within the hearts of many throughout her long life. The reverse design of this £2 coin features a beautifully detailed portrait of Dame Vera as she appeared during the height of her fame.

Celebrating the Life and Legacy of Alexander Graham Bell (1847–1922)

Alexander Graham Bell revolutionised the world of communication through the development of his masterwork, the telephone. This £2 coin celebrates this brilliant inventor in the centenary year of his passing. Featuring a design by Henry Gray, the reverse of the coin shows the dial of a push-button telephone, along with the words PIONEER OF THE TELEPHONE cleverly inscribed on the buttons.

The Platinum Jubilee of Her Majesty the Queen £5 Crown

Her Majesty the Queen’s remarkable 70-year reign will be commemorated on a £5 crown, designed by John Bergdahl. The coin features a fittingly regal design centralised by the quartered shield of the Royal Arms. The precious metals versions also include the edge inscription SERVE YOU ALL THE DAYS OF MY LIFE in reference to Her Majesty’s first Christmas speech in 1952 and unparalleled longevity as monarch.

Pray that God may give me wisdom and strength to carry out the solemn promises I shall be making, and that I may faithfully serve Him and you, all the days of my life.

Each of the commemorative coins in these annual sets features the obverse portrait of Her Majesty Queen Elizabeth II, designed by Jody Clark and in use of all British commemorative and circulation type coins since 2015. The coins will first be available from the 4th January in the annual Proof and mint sets in both base metal and precious metal. For the first time, a Proof platinum version of the commemorative coins will be available in recognition of the platinum jubilee and limited to 30 sets. Thereafter, each commemorative coin will be available as a separate item during the year. The £5 crown and 50 pence celebrating Queen Elizabeth II’s platinum jubilee will also be separately released with a special commemorative obverse effigy commissioned especially for the event. For additional information, please visit the website of the Royal Mint.