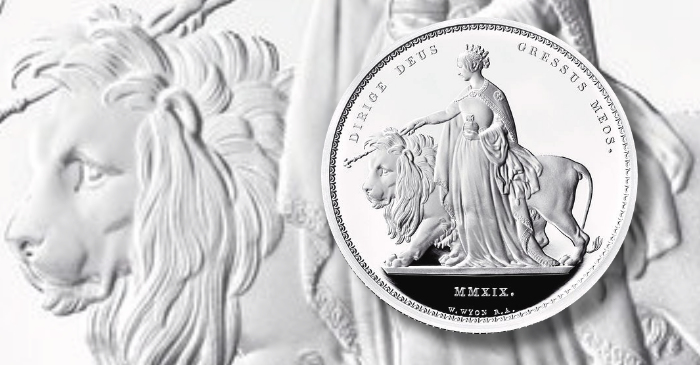 The Royal Mint has released (25th November) new gold and silver collector’s coins which launch a new collector series entitled the “Great Engravers.” The series will highlight some of the Royal Mint’s great artisans who have made significant contributions to British coinage — many regarded as numismatic masterpieces. The series begins with one of these such coins and features the work of Royal Mint engraver William Wyon (1795–1851).

The chief engraver at the Royal Mint from 1828 until his death in 1851, William Wyon is most famous for his coin and medal portraits of Queen Victoria. He is also well-known for his design of Una and the Lion, which is often considered by collectors as one of the world’s most beautiful coins. Struck at the start of Victoria’s reign, the original 1839-dated piece casts the young Queen in the role of Una from the poem The Fairie Queene, while the lion she guides represents the people of Britain.

The five-kilo gold piece is the largest coin that the Royal Mint has ever produced in its history, and just one will be available. Coins of this size allow scope for the stunning detail of William Wyon’s original Una and the Lion design to be fully appreciated. Due to its rarity and there being no similar pieces, it has already been sold. The two-kilo gold coin also has a very limited mintage of only four pieces. A combination of traditional engraving methods and modern techniques are applied when producing the five-kilo gold coin. The original die used almost 200 years ago was digitally scanned and combined with Chief Engraver Gordon Summers’ skills to ensure that the relief was faithfully reproduced, fusing past and present. Modern techniques were then called upon with laser technology to cut the design onto the five-kilo coin carefully. Finally, the piece was hand polished to ensure the finish was elevated to the highest possible standard. 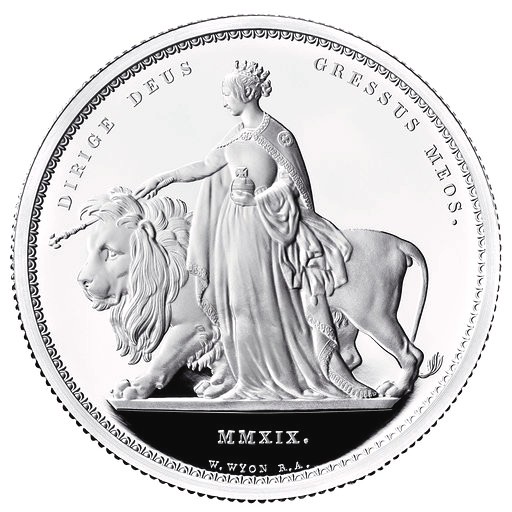 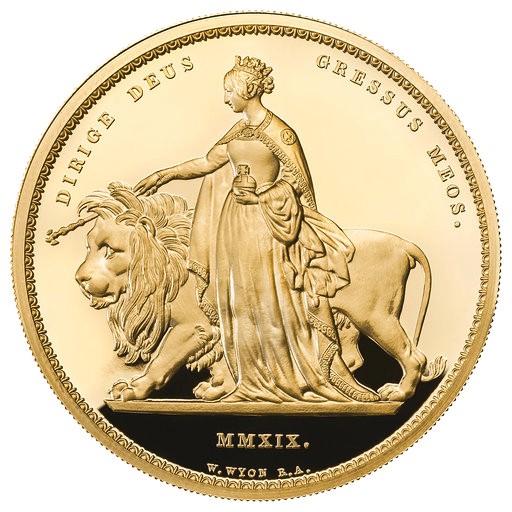 The reverse side of the first of these coins in the series recreates the Victorian commemorative £5 gold piece issued for the first anniversary of Queen Victoria’s splendid coronation. Inspired by Edmund Spenser’s epic poem entitled the Faerie Queene, first published in 1590 during the reign of Queen Elizabeth I, the design delicately illustrates Una as the young queen who guides the steps of the British lion. The Latin inscription DIRIGE DEUS GRESSUS MEOS (“May God direct my steps”) prominently features as part of the design. The year of issue is shown on the reverse represented by Roman numerals, MMXIX, and is placed below the primary design. 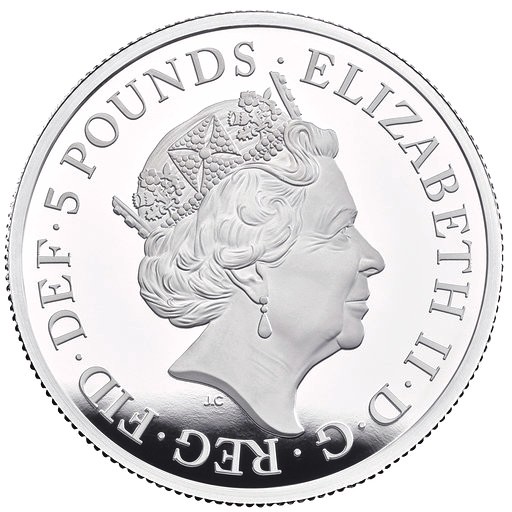 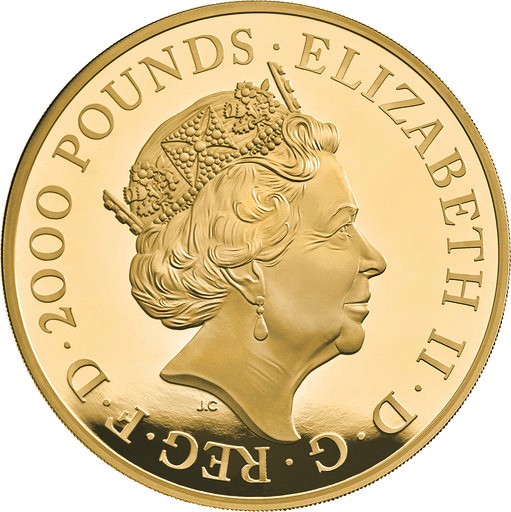 The obverse side includes the fifth numismatic effigy of HM Queen Elizabeth II created by Royal Mint engraver Jody Clark and introduced onto British circulating and commemorative coinage in 2015. Each denomination option is seen within the legend on the obverse. 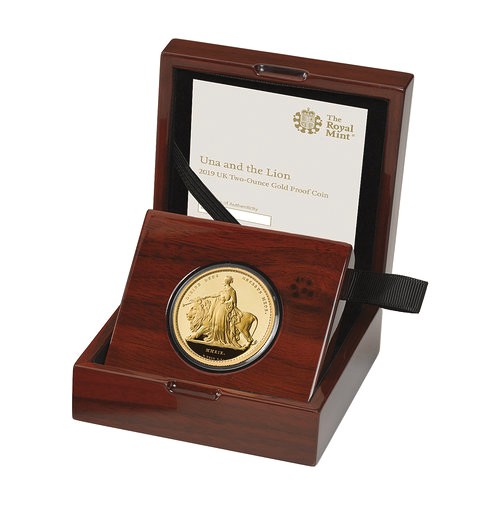 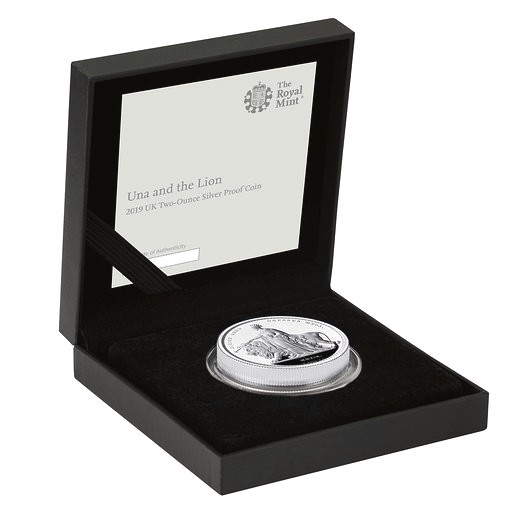 The Royal Mint reports the five-kilo gold coin has already been sold. For additional information about this coin and others available from the Royal Mint, please visit their website.