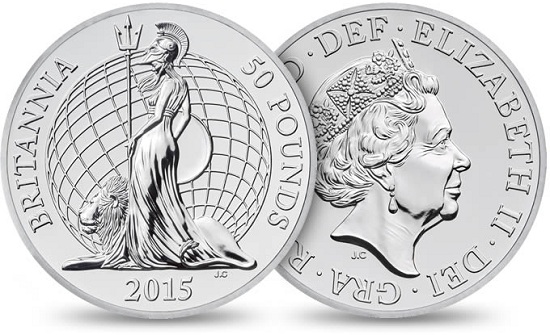 The Royal Mint has launched a new face-value 50-pound silver coin that follows in the footsteps of the hugely successful recent issues of 100-pound and 20-pound silver coins made available for the price of their denominations. The new coin also pairs two of the country’s newest and most admired designs, that of the latest portrait of HM Queen Elizabeth II, unveiled in March of this year, and the acclaimed reverse-side contemporary image of a standing Britannia used on last year’s proof Britannia range of precious metal coins. Both designs are the work of Royal mint engraver Jody Clark. 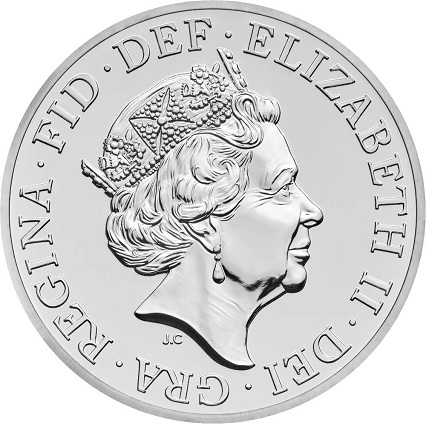 The Queen’s portrait has been a reassuring presence on British and many commonwealth nations’ coins for more than six decades, and this image, the fifth effigy, first appeared on UK coinage earlier this year. The figure of Britannia is a popular representation of Great Britain that has been reinterpreted through the centuries, and often reflects the United Kingdom at a moment in time. 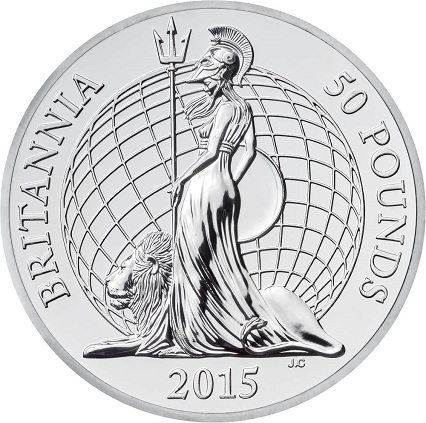 Today’s Britannia as depicted in Clark’s interpretation is strong and elegant, standing with the British lion at her side. The reverse also includes the coin’s denomination and year of issue. The figure of Britannia has a greater significance this year, as her image was recently returned to circulation coinage on the two-pound denomination. 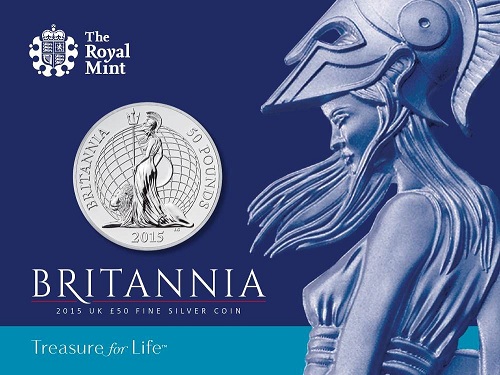 The new coin is presented in a color-printed coin card showcasing Jody Clark’s original design of Britannia and providing easy access to the coin for inspection. It is expected that this will be an annual issue, similar to the previously issued 20-pound and 100-pound face value pieces.

For more information on this and other coins offered by the Royal Mint, please visit their Web site. Information is offered in English, with international orders dispatched where applicable.