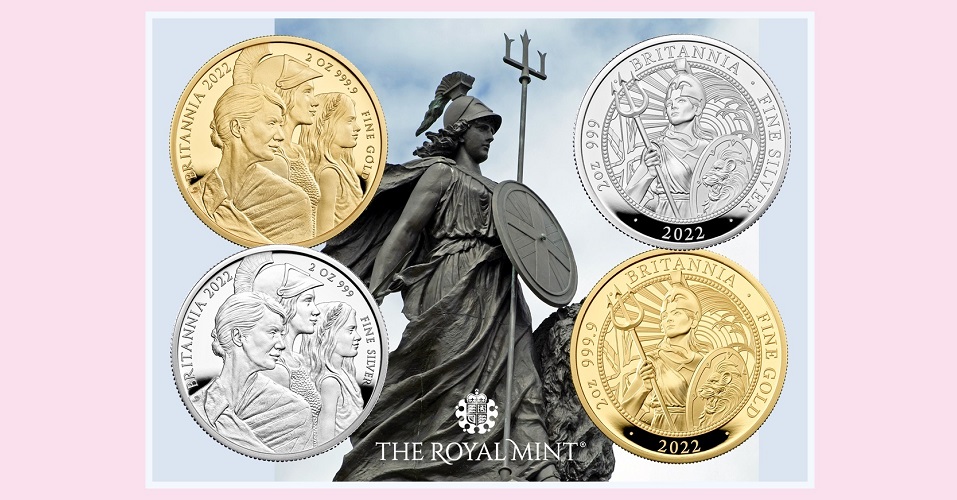 The Royal Mint has launched (8th March) their complete range of Britannia collector and bullion coinage in gold and silver. The coins are launched on the occasion of International Women’s Day, a global day celebrating the social, economic, cultural, and political achievements of women and adoption by the United Nations in 1977. During a UN General Assembly meeting, member nations were invited to proclaim the 8th March as an official UN holiday for women’s rights and world peace. Since then, each year’s observance focused on a particular theme or issue within women’s rights. For 2022, the UN’s theme for International Women’s Day is “Gender equality today for a sustainable tomorrow,” looking to highlight the contribution of women and girls around the globe. The female personification of Britannia first appeared on UK coins around 2,000 years ago under the rule of Emperor Hadrian. The Romans depicted Britain as a strong allegorical woman, a symbol that has endured and continues to grace the nation’s coins and is presently depicted on the circulating £2 and commemorative designs. 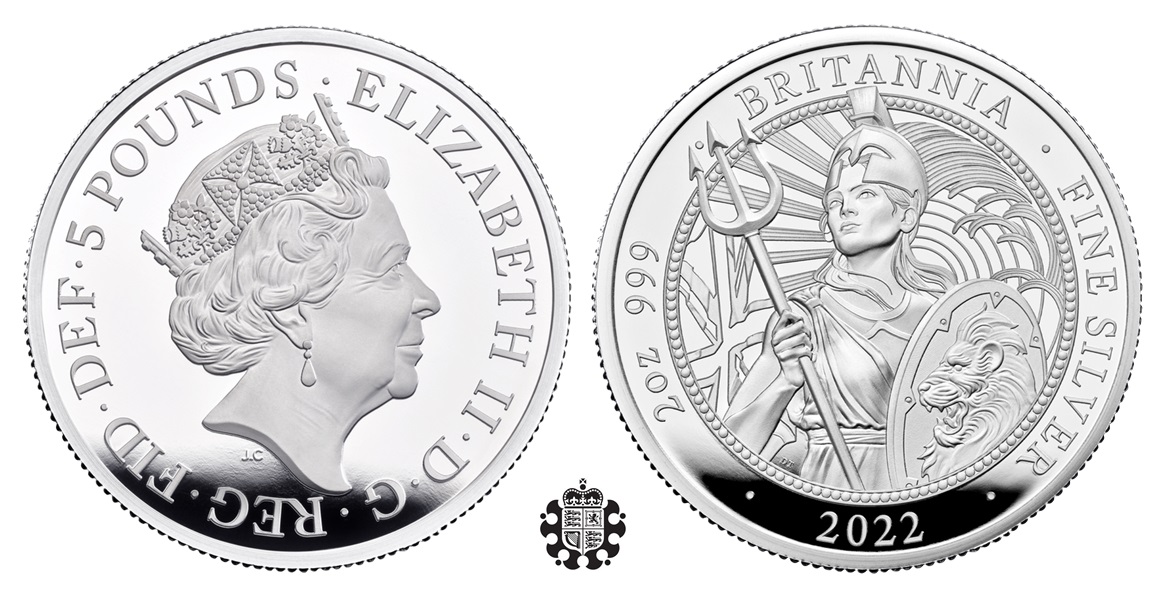 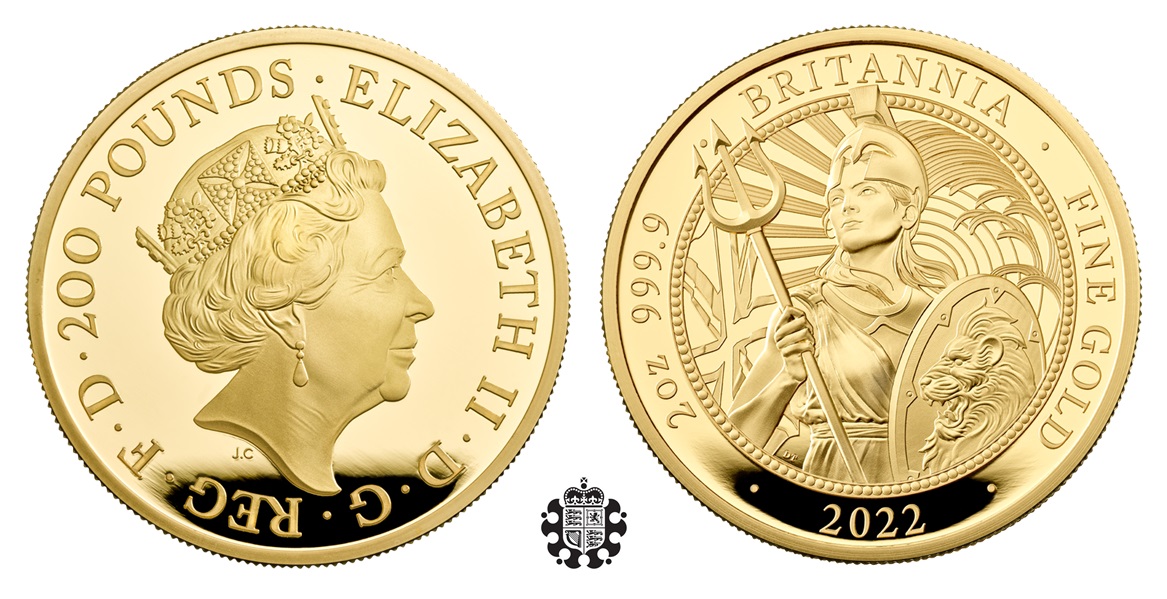 Designed by Daniel Thorne from the Royal Mint’s Product Design team, the reverse side of the primary Britannia coin captures the British allegorical personification in a time-honoured and classical look. Made with pioneering laser technology to incorporate intricate details, this unique design retains Britannia’s classical appeal, while displaying a modern vision. Around the primary design along the edge is the coins’ weight and metal fineness along with the text BRITANNIA and FINE GOLD or FINE SILVER. 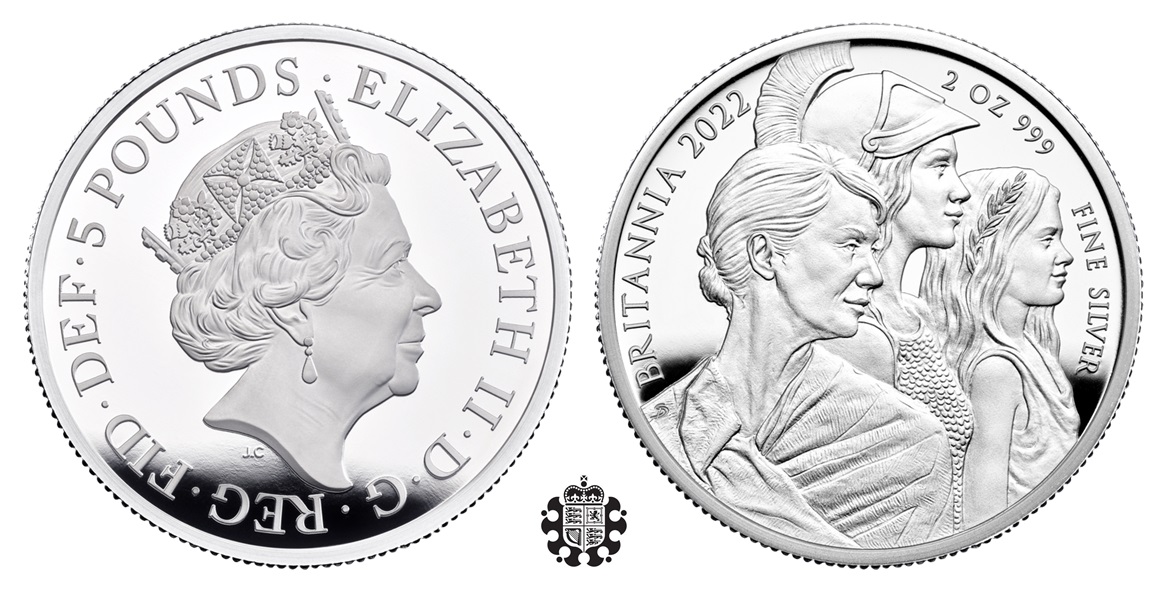 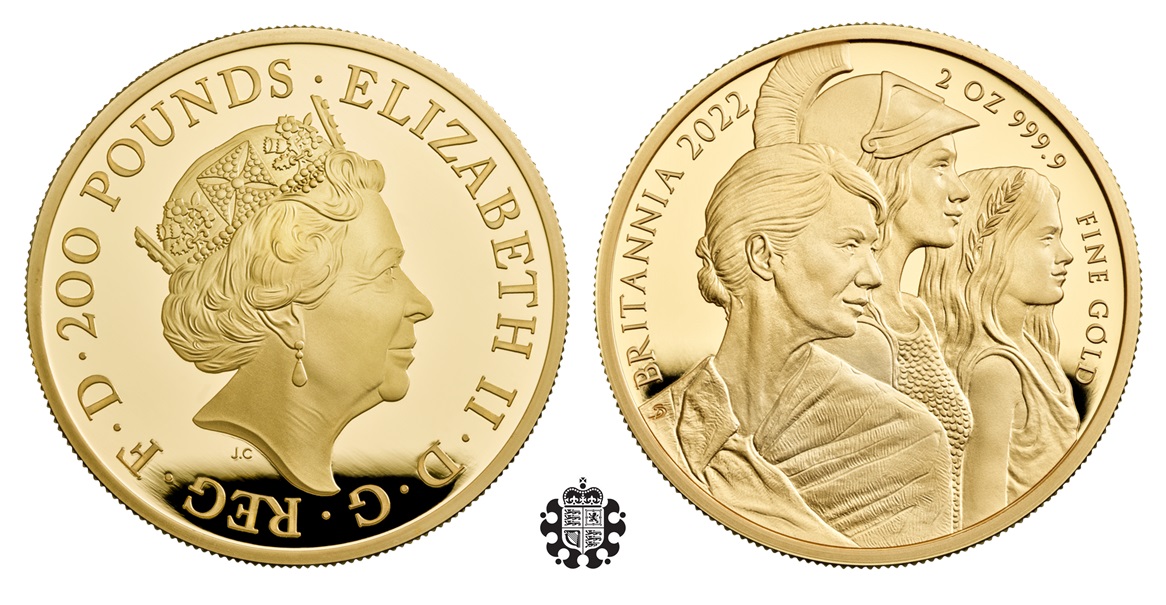 A second collector’s edition produced in gold and silver Proof, as well as Brilliant Uncirculated silver, is inspired by Gustav Klimt’s classic 1905 painting The Three Ages of Woman and features a standing Britannia in profile moving from girlhood to maturity. Helmeted, facing right, and centred, she is represented by a young girl wearing a laurel wreath in her hair to her left and a mature woman wearing a simple cloak to her right. It is the first time that Britannia has appeared three times on one UK coin, and focuses on women of all ages as equal. To the left of the design is the text BRITANNIA 2022 and the coins’ weight, metal, and fineness on the right edge. This reverse was created by Italian artist and sculptor, Sandra Deiana, and updates a classic theme for modern collectors.

Both versions include the obverse side depicting the fifth effigy of Her Majesty Queen Elizabeth II, designed by Jody Clark and in use on all British commemorative and circulation type coins since 2015. The coins’ denomination is included as part of the legend surrounding the Queen’s likeness.

Available in weights from one kilo to 1/40th-ounce gold and in denominations from £1,000 to 50 pence, the coins are presented as six-coin sets or individual purchases. The six-coin gold set ranging from one ounce to 1/40th-ounce is presented in a polished hardwood case accompanied by a numbered certificate of authenticity.

Silver Proof options are available in weights from two kilos to 1/40th-ounce and in denominations from £1,000 to five pence. There are two popular options of a six-coin set and a two-coin set, which include a Proof and Reverse Proof coin.

For additional information about the entire range of core and premium Britannia Proof pieces, please visit the Royal Mint’s website.