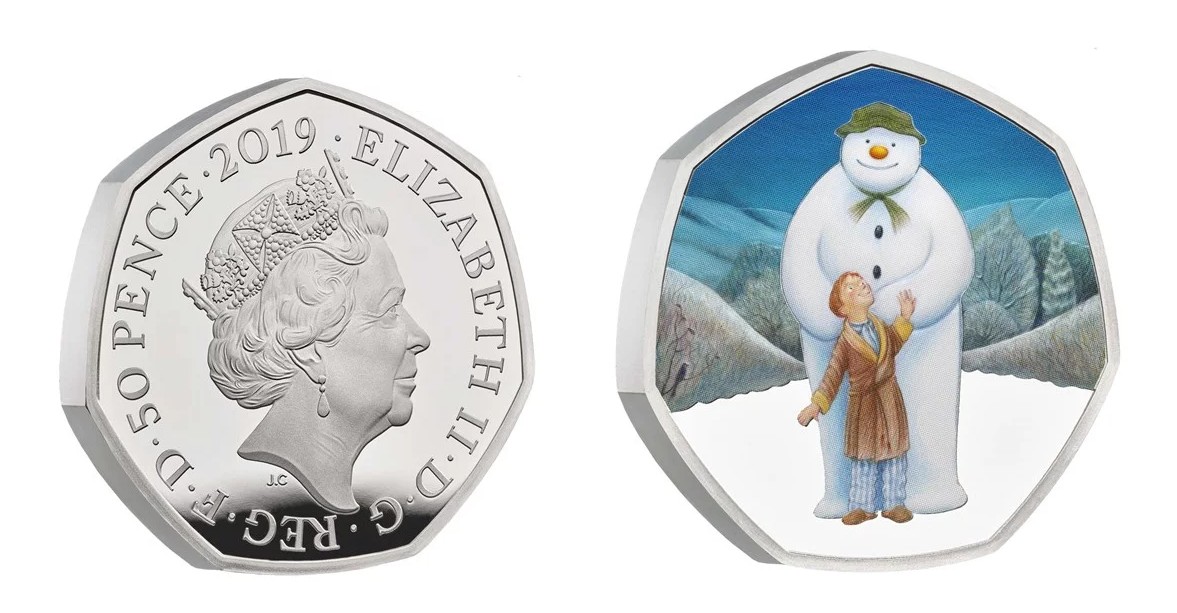 The Royal Mint has launched (5th November) new holiday-themed collector coins in time for the gift-giving season. For the second year, one of the country’s favourite characters, the Snowman, features on 50-pence coins and in various options — including a silver Proof colour design. This release follows the fantastic response to the Snowman’s debut appearance on 50-pence collector coins to celebrate the 40th anniversary of Raymond Briggs’ classic tale in 2018. It was inspired by The Snowman, a 26-minute animated film based on a book published in 1978 written by Raymond Briggs. The film was the first telecast on the 26th December 1982 in the United Kingdom and was an immediate success. The film was also nominated for the 1982 Academy Award for Animated Short Film. A sequel entitled The Snowdog was subsequently released in 2012.

The original story beautifully captures the magic and excitement of childhood in addition to being a heart-warming tale about love and friendship. The story begins when a young boy, James, discovers a secret box hidden under the floorboards. In the box is a hat, a scarf, some lumps of coal, and a shrivelled tangerine — a snowman-making kit! Later that day, it snows, and James builds a snowman, and, that night, at the stroke of midnight, the Snowman magically comes to life. The boy awakens and joins his new friend on an amazing adventure, flying to the North Pole and a chance meeting with the man dressed in red himself, Santa Claus. 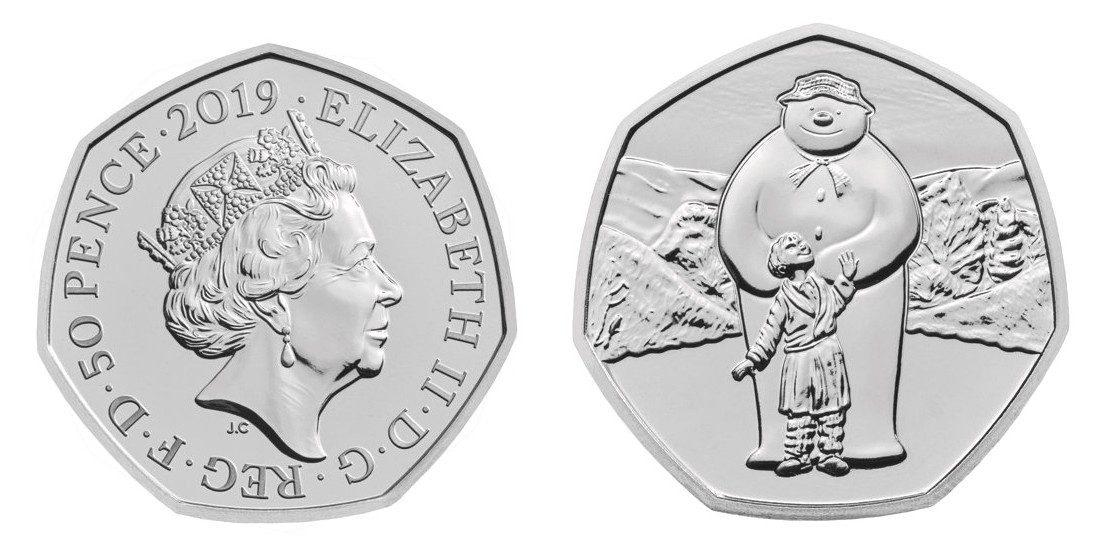 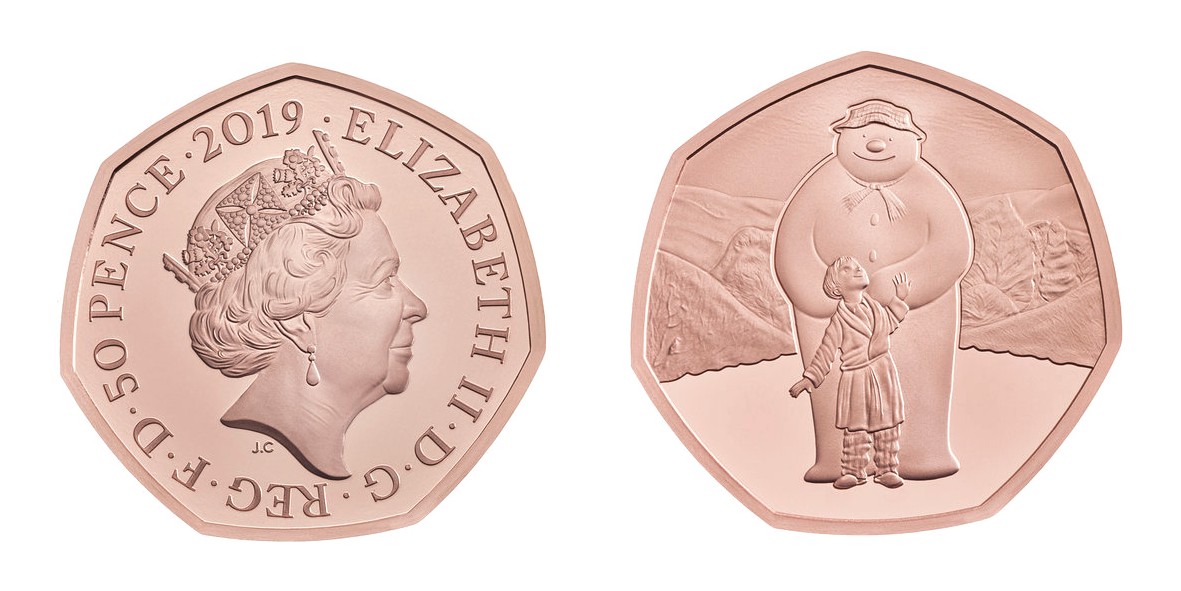 Taking inspiration from the original hand-drawn book illustrations, the reverse side of the Snowman coin features James and the Snowman just before they’re about to fly off on their magical adventure to the North Pole. The coin showcases the snowy scenery surrounding James, who looks up at the Snowman with excitement as they embark on their journey. Working in partnership with Snowman Enterprises, the assistance of award-winning animator and illustrator Robin Shaw, assistant director of The Snowman, and The Snowdog, was enlisted to illustrate the coin. For the sterling silver Proof coins, a full-colour application is used to add additional detail to the exceptional design. The obverse side includes the fifth numismatic effigy of HM Queen Elizabeth II created by Royal Mint engraver Jody Clark and was introduced onto British circulating and commemorative coinage in 2015. 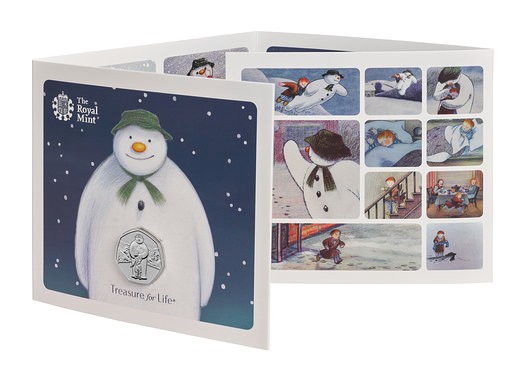 The Royal Mint has advised that these commemorative coins will not be entering general circulation. Purchasing the coin as an individual purchase is the only way to add this coin to a collection. The Brilliant Uncirculated base metal versions are presented in a Christmas-card type format suitable for exchanging as a holiday greeting.

The silver Proof coins are housed in a custom Perspex/lucite case, enabling the coin to be displayed and viewed from both sides. 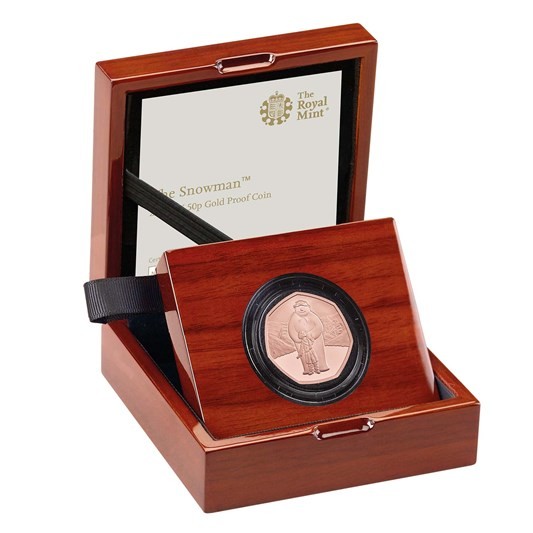 The gold Proof version is presented in a hardwood high gloss case.

For additional information about these coins and others available from the Royal Mint, please visit their website.

United Kingdom: One of the world’s most remarkable diaries, authored by Samuel Pepys, remembered on new £2 coin