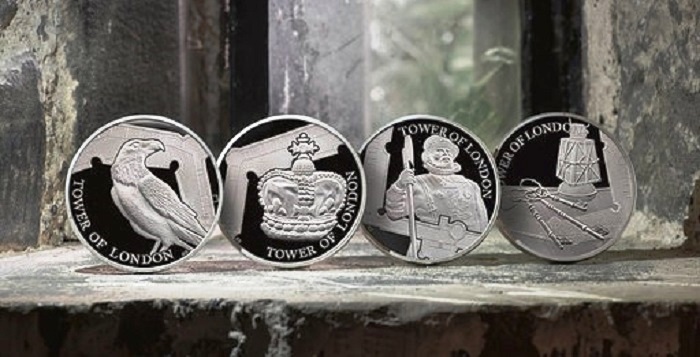 Today, (6th August) The Royal Mint officially launched the final coin in the 2019-dated Tower of London Collection and is entitled “The Ceremony of the Keys.” Following on from the Yeoman Warders, the Ceremony of the Keys coin follows on one of Britain’s most iconic heritage sites and celebrates a ritual that has taken place since the year 1340 during Edward III’s reign.

At precisely seven minutes to 10 each night, the Chief Yeoman Warder, dressed in his iconic red watch coat and Tudor bonnet, emerges from the Byward Tower carrying a lantern and the Queen’s Keys. He makes his way to the archway of the Bloody Tower where an escort of soldiers from the military garrison awaits him. 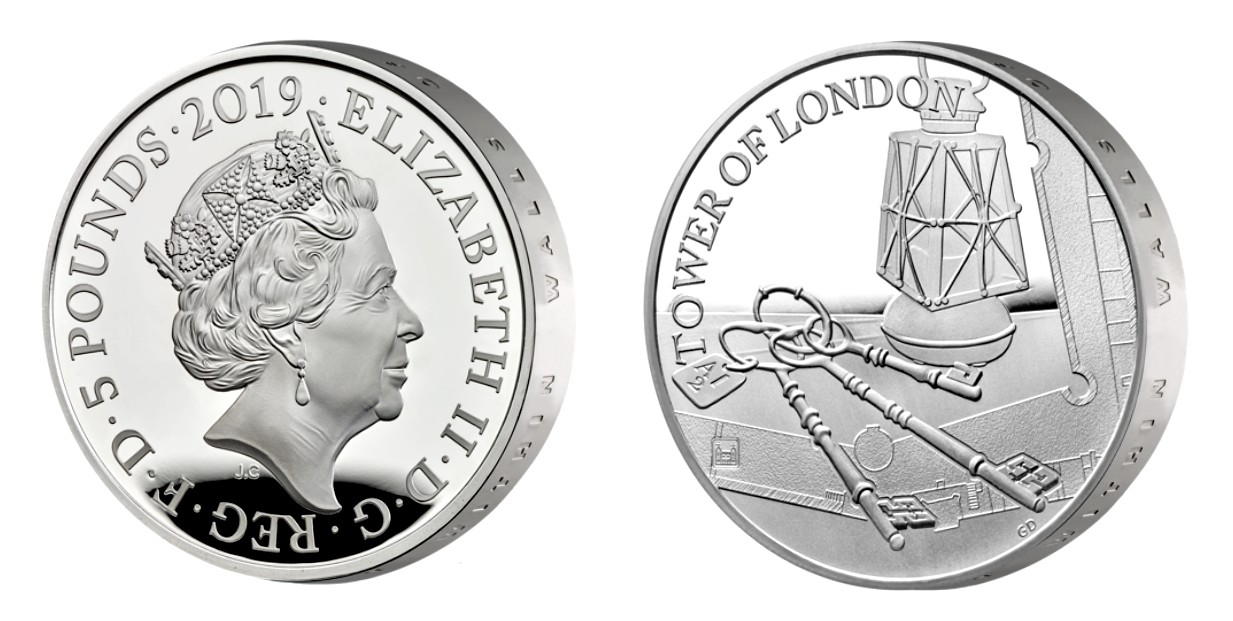 They then proceed to the outer gates of the Tower where the chief and the tower’s watchman secure the outer and inner gates. As the clock strikes 10, the chief takes two steps forward, raises his bonnet into the air, and says “God preserve Queen Elizabeth.” The guard answers “Amen” and the soldier representing the drummer plays “The Last Post” on a bugle. The keys are then returned to The Queen’s House, and the guard is dismissed.

The coin’s reverse is designed by medallic artisan Glyn Davies and features the keys and lamp to represent the symbolic and practical elements of the ceremony in addition to featuring a special Tower mint mark. The stunning design perfectly honours one of the Tower’s most unique and historic ceremonies. The reverse design of each coin in the collection shows a section of the ancient walls and also features a special Tower mint mark, which is the first time this has appeared on a UK coin collection. The mark itself depicts the White Tower. This mark shows a link between the Tower of London and The Royal Mint, which operated within the fortress for centuries. All coins in the series include the fifth numismatic effigy of HM Queen Elizabeth II created by Royal Mint engraver Jody Clark and introduced onto British circulation and commemorative coinage in 2015.

The cupro-nickel crown coin is presented in a colourful folder with text describing the history of the Tower complex. The silver Proof strikes are presented in custom black faux-leather cases and are accompanied by a numbered certificate of authenticity.

Each gold Proof coin is presented in a polished hardwood case and is accompanied by a numbered certificate of authenticity. For additional information about the Tower of London Collection and other coins offered by the Royal Mint, please visit their website.