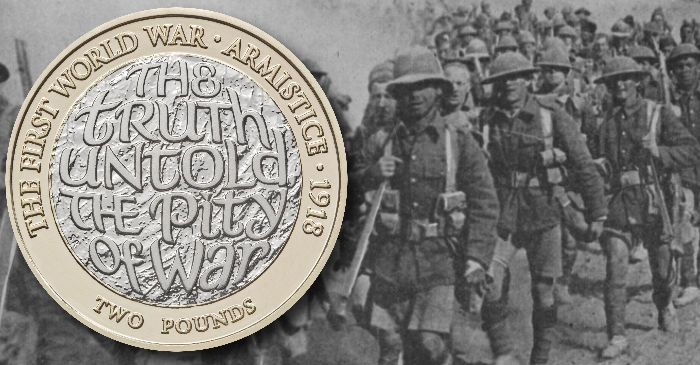 The Royal Mint have unveiled (1st January) the design for the final commemorative two-pound coin in their ongoing series which marks the centenary anniversary of the commencement and conclusion of the Great War in Europe. The deadly conflict, which was described 100 years ago as the “war to end all wars,” began in July 1914 with the assassination of the heir to the Austrian-Hungarian throne. The fighting spread to various European colonies in Africa and Asia, but the most deadly fighting occurred close to home on the European continent and eventually resulted in the collapse of three European empires in addition to the Ottoman Empire in Asia Minor. An armistice was finally signed on the 11th hour, on the 11th day, in the 11th month of 1918. A great silence finally fell over the battlefields of the Western Front when hostilities ceased and the initial step was taken towards bringing the Great War to an end after four years of grueling conflict. When news of the Armistice, and the prospect of a permanent peace, reached London, church bells rang out and Big Ben struck the hour for the first time since the start of the conflict. It was a war in which chemical weapons were used for the first time, as well as air power, which led to the establishment of air force regiments in many countries. In the century since the Armistice was signed, communities across the world still continue to gather in silence at 11 in the morning on the 11th November to remember the fallen and their sacrifices. 2018 will mark the 100th year since the Armistice was agreed to.

The reverse side of the coin is designed by Stephen Raw and includes stylised letters and wording which reads THE TRUTH UNTOLD THE PITY OF WAR, which is arranged in four lines and centred. The commemorative text placed around the centre design reads THE FIRST WORLD WAR • ARMISTICE • 1918 with the denomination of TWO POUNDS placed below the primary design.

The obverse includes the fifth effigy of HM Queen Elizabeth II designed by Royal Mint Engraver Jody Clark and has been in use on British circulation and commemorative coins since 2015. 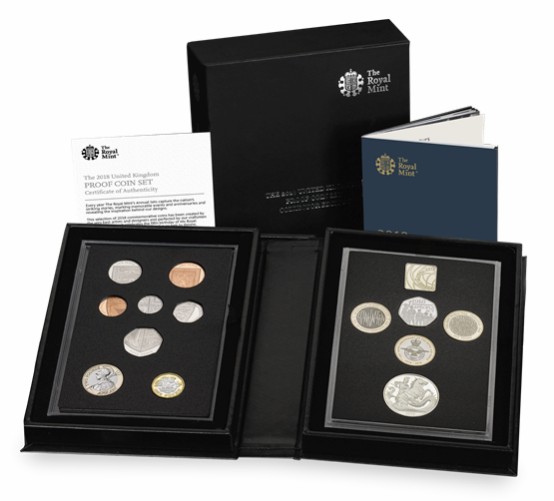 This 2018-dated two-pound commemorative coin concludes the five-year series marking the centenary of the commencement and subsequent conclusion of the Great War — later referred to as World War I. The coin will be included in the annual Brilliant Uncirculated Mint and Proof sets, and will also be available for separate purchase in base metal and precious metal variations. For additional information on these and other coins offered by the Royal Mint, please visit their website.