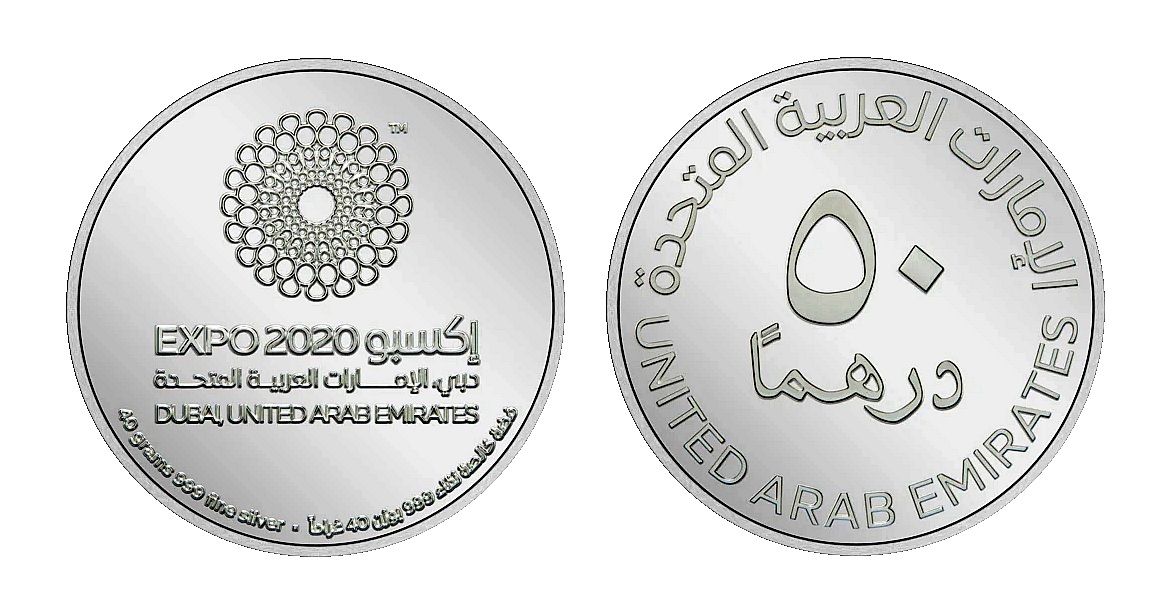 The Central Bank of the United Arab Emirates has released new silver Proof quality coins on the occasion of the Emirate hosting Expo 2020 in their capital city of Dubai. Originally scheduled to open on the 20th October 2020, and to end on the 10th April 2021, the worldwide exposition has now been rescheduled. Due to the ongoing pandemic of the Wuhan strain of COVID-19 coronavirus, it has been postponed to 2021, and the rescheduled new date calls for an opening on the 1st October 2021, closing on the 31st March 2022. Despite being held in 2021, organisers will keep the name Expo 2020 for marketing and branding purposes, marking the first time that the World Exposition has been postponed rather than cancelled. The event is expected to attract nearly 25 million visitors from its official opening in October until the event concludes in March.

The Bureau International des Expositions general assembly in Paris awarded Dubai as the host city on the 27th November 2013, the UAE’s bid beat out candidate cities of Yekaterinburg in Russia, Izmir in Turkey and Sao Paolo in Brasil. As such, Expo 2020 will represent the first a Middle Eastern destination will be hosting the event.

As of April 2019, a total of 192 nations, states, and territories have confirmed their participation and will include, for the first time, the Palestinian Authority whose pavilion will be located between the Saudi Arabian and UAE pavilion, occupying 1,250 square metres. The organisers of the UAE Expo chose as their theme “Connecting Minds, Creating the Future,” with sub-themes being “Sustainability, Mobility, and Opportunity.” The main site of Expo Dubai 2020 has been organised as a 438-hectare area (1,083-acre) site located between the cities of Dubai and Abu Dhabi, near Dubai’s southern border with Abu Dhabi. 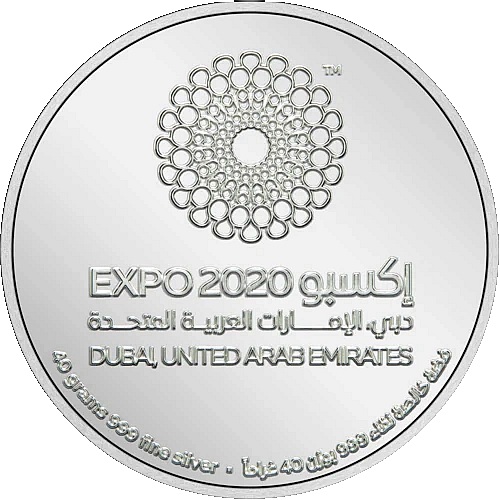 The silver Proof quality coins are produced by the New Zealand Mint at their facilities in Auckland and on behalf of the Central Bank of the United Arab Emirates. The obverse side includes the official logo for the Expo 2020 international exposition. Below the logo is text both in English and Arabic that is part of the actual logo which reads EXPO 2020, along with UNITED ARAB EMIRATES. Below the primary motif and along the lower edge is the text also written in both English and Arabic is 40 GRAMS 999 FINE SILVER. 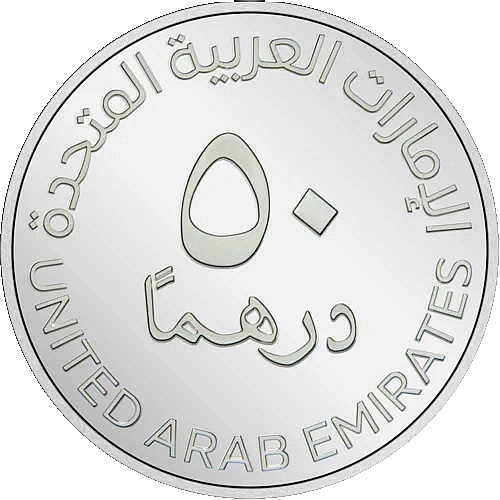 The reverse side includes the denomination of the coin “50 DIRHAMS” in Arabic along with the issuing authority along the upper and lower edges. 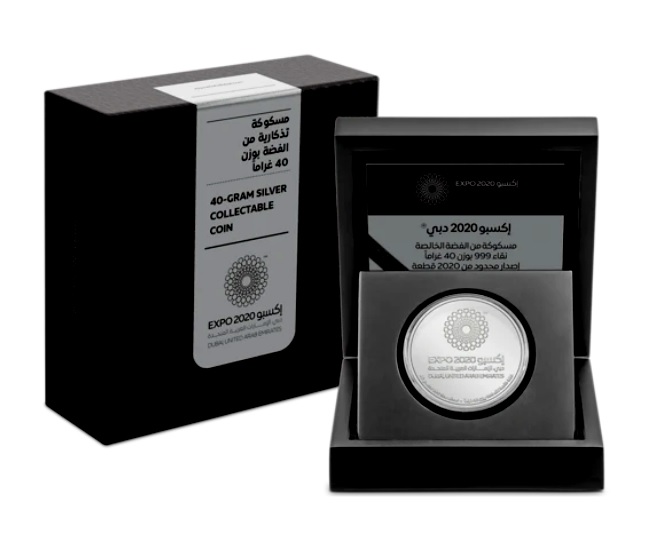 The coins are encapsulated and presented in a custom case and are accompanied by a numbered certificate of authority. 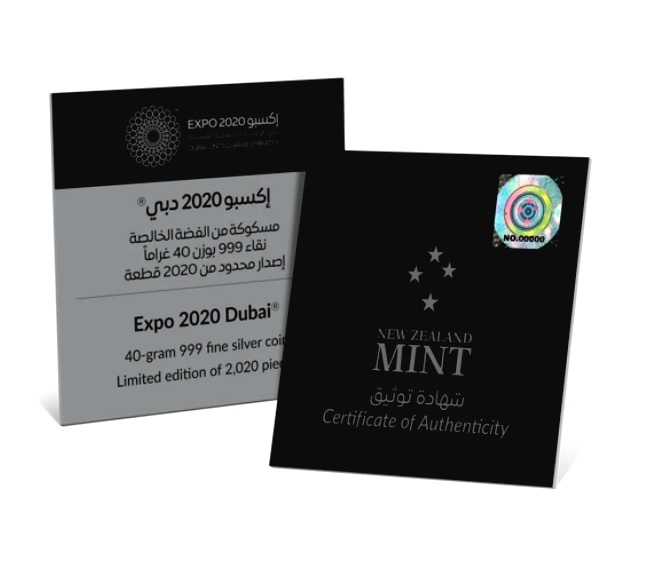 For additional information about this coin, as well as a selection of medals produced in conjunction with the EXPO 2020, please visit the website of the New Zealand Mint.