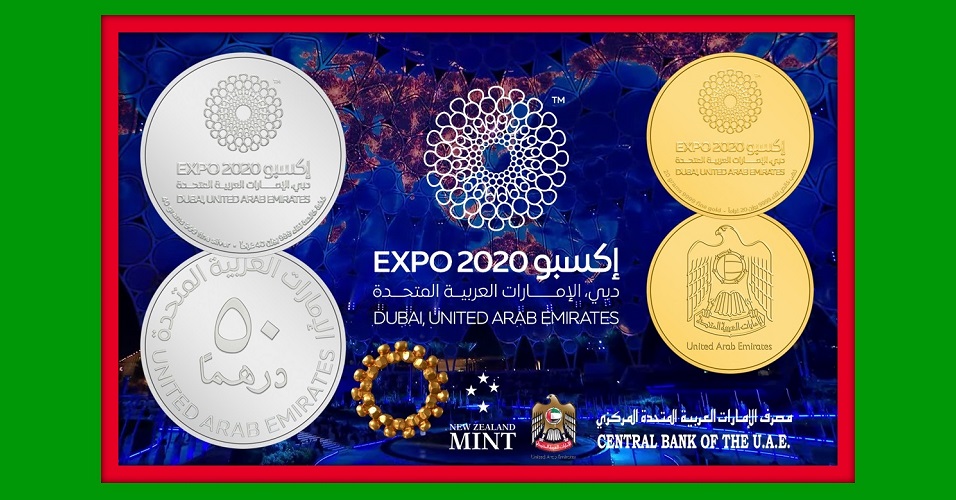 The Central Bank of Dubai has released gold Proof and silver Proof with colour coins in celebration of the launch of EXPO 2020, Dubai. First held in London in 1851, World Expositions, or Expos, have long been a place to unveil new ideas pertaining to consumer goods and technology. Of particular interest to EXPO enthusiasts, EXPO 2020 Dubai is the first-ever to be held in the Middle East. Delayed exactly one year owing to the restrictions in travel and contagion of COVID-19 leading to a worldwide pandemic, the opening of the event was officiated by His Highness Sheikh Hamdan bin Mohammed bin Rashid Al Maktoum, crown prince of Dubai. He officially declared EXPO 2020 open and the glittering opening ceremonies finally got underway. The festivities began with Emirati singer and actor Rashed Al Nuaimi, who performed the UAE national anthem. Simultaneously the national flag was raised and was accompanied by matching fireworks outside the Al Wasl Dome, the centrepiece of the park is itself. Rising more than 67 meters (220 feet) tall with the world’s largest 360-degree projection surface, it was designed to feature coordinated displays from more than 250 projectors. In total, 910 performers representing 64 nations took part in the opening ceremony.

After the opening ceremonies concluded, dignitaries and guests made their way to the Al Wasl Plaza, the venue which was purpose-built for the event. The central themes of Dubai’s EXPO is focused on energy sustainability and where nations attending EXPO 2020 will showcase technological innovations, many that will include some meaningful ways to tackle the climate crisis. With 192 countries and territories participating, the EXPO is open from the 1st October 2021 until the 31st March 2022 where it is hoped the park site covering more than 4.38 square kilometres will attract up to 25 million visitors within this six-month timeframe.

The coins are issued as follows: 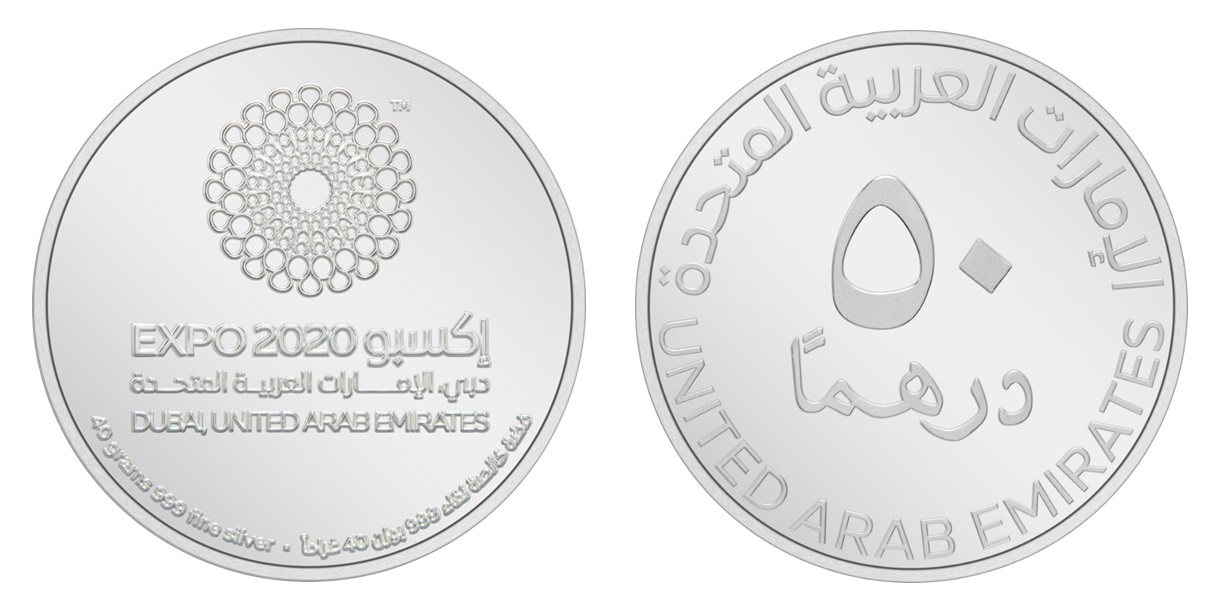 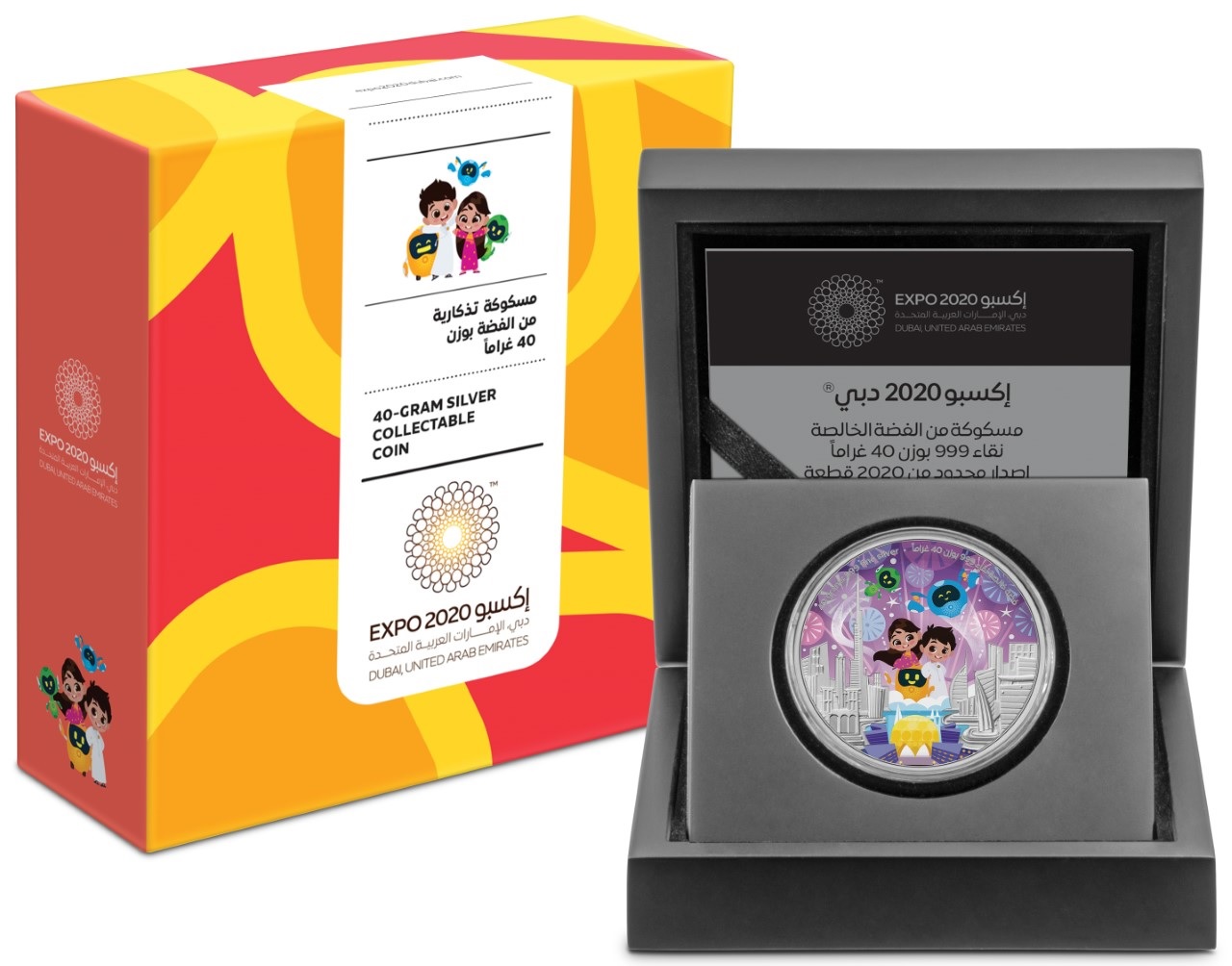 Each coin is encapsulated and presented in a high-quality custom case accompanied by a certificate of authenticity, which marks the largest international event to be staged in the Arab world. For additional information about these three coins, please visit the website of the New Zealand Mint. 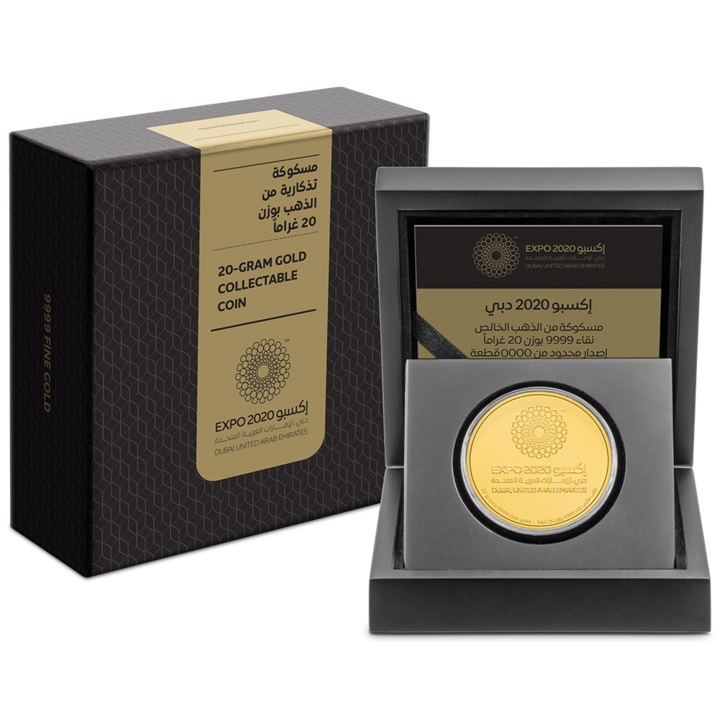 The coin is also available in limited quantities via a selection of Expo 2020 official stores on site. The Central Bank advises the coins are not available through their offices.