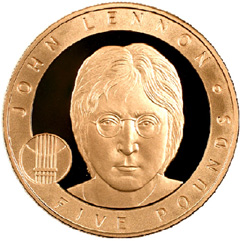 A unique John Lennon £5 Gold Coin was sold for a staggering $96,600 today at auction in London. The coin, part of the “Great Britons” series from Alderney in the Channel Islands, portrayed John Lennon and was issued in 2010, which would have been the 70th birthday of the iconic singer.

Originally issued to collectors in both cupro-nickel and sterling silver from the Royal Mint in the United Kingdom, the £5 gold coin was minted as a one-off 22 karat gold strike and presented to Yoko Ono Lennon, for her assistance and support of the Great Britons series as well as consulting on the portrait used on the coin.

The coin was kindly given to the Alder Hey “Imagine” Appeal, the children’s hospital in Liverpool of which Yoko is an ardent patron. It was auctioned on 29th June as part of Bonham’s collection of entertainment memorabilia with several other items pertaining to the Fab Four.

After a bidding contest which included collectors from Asia, America, Europe and the Middle East with interested parties bidding over the telephone and via the internet, a bid of £58,000 ( $93,300) was achieved by telephone bids with lightening speed after the opening bid of £4,000 ($6,400) and was eventually out-bid by an interested party in the room. The successful winner bid a staggering £60,000, securing the unique one of a kind numismatic treasure to cheers and clapping. 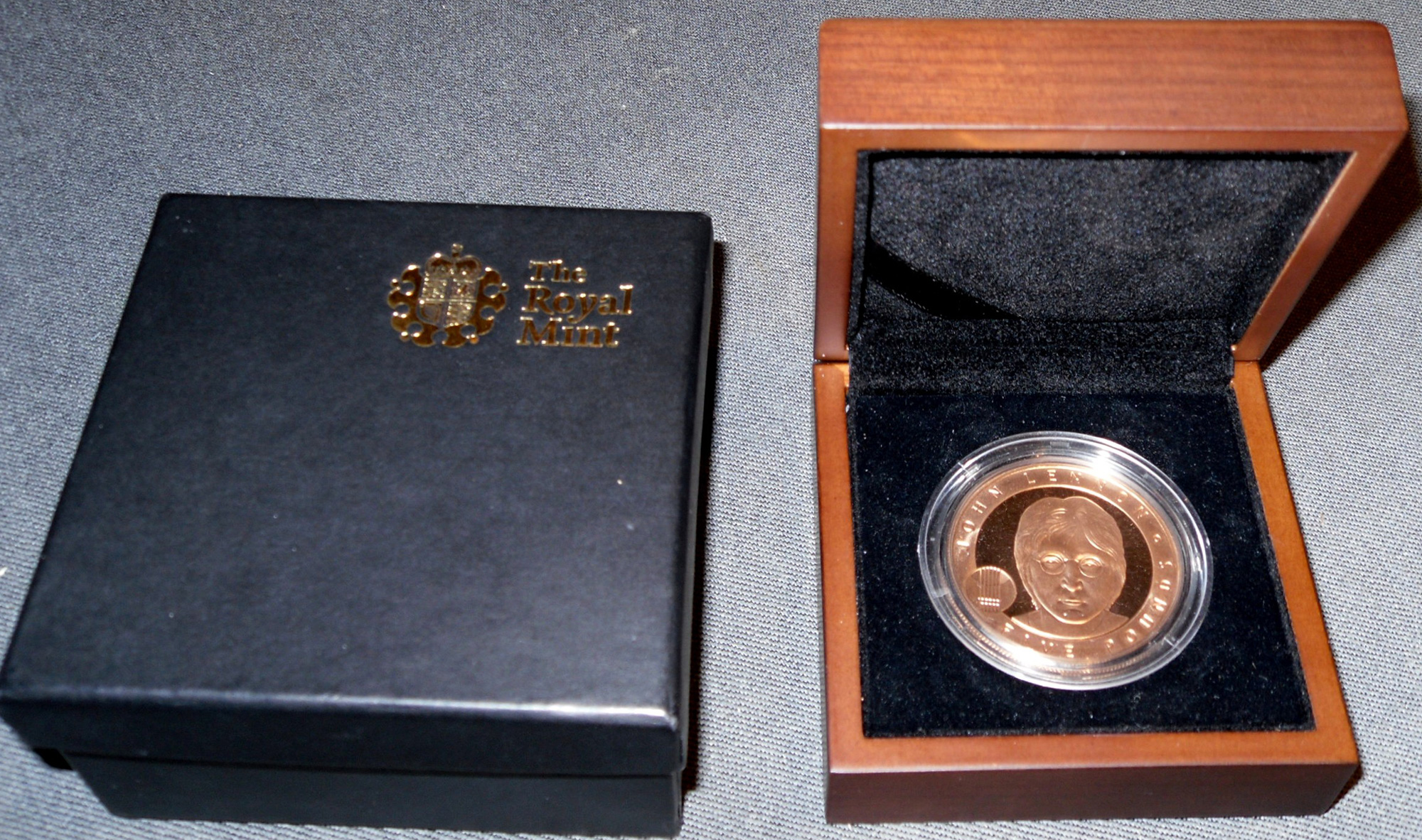 Bonham’s began the bidding by stating that there had been substantial interest in the unique gold coin after it had been the subject of attention from the press and featured in a live interview on CNN’s “The Brief” two weeks before the scheduled auction. The successful bidder so far remains anonymous but expressed pleasure at having won the item with smiles and acknowledgement of the cheers from a stunned crowd. The coin had been dubbed “the star attraction” by the auctioneer and after only six more lots, the auction was concluded.

Together with the buyer’s premium and VAT (sales tax), the coin will have sold for a total of £74,400 or $119,780. Congratulations go to the Alder Hey “Imagine” appeal and a heartfelt thanks go to Yoko Ono for the generous donation to such a worthwhile appeal.