I attended the launch ceremony for the 2010 Lincoln Cent with the new Union Shield reverse design. The event was held on February 11, 2010 at the Abraham Lincoln Presidential Museum in Springfield, Illinois. As early as 5:30 AM on Thursday morning, people began standing in the 7 degree morning air outside the museum awaiting entrance. When I arrived at 8:00 AM there were about 40 people in line, but by 8:30 the line nearly wrapped around the building. I heard stories of people sleeping in hotels and cars. Some called Springfield home, while others came from as far away as San Antonio, TX. 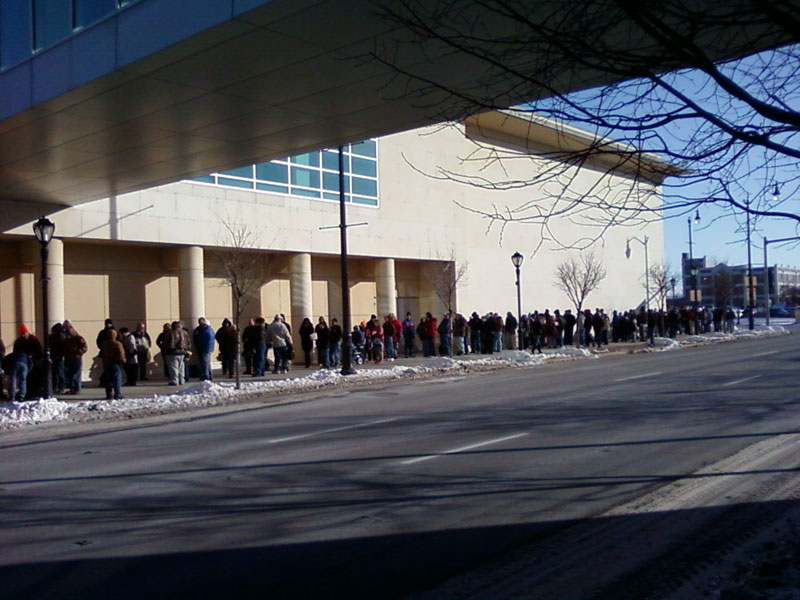 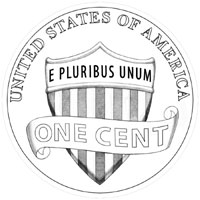 The doors opened at 9:00 AM and everyone filed into a well organized line to get out of the cold. The cold kept a lot of people away, but nearly 400 people came through the door by the time the presentation began. Around 9:30, the festivities began. Jan Grimes, Executive Director of the Abraham Lincoln Presidential Library, began by welcoming us all there and bringing the master of ceremonies, Elizabeth Wooley to the podium. She introduced James Cornelius, the curator of the library, who made remarks on Lincoln’s life and what he meant to our nation.

United States Mint Director Edmund Moy took the stand next and explained what the new design entailed. It is the first permanent design change to the penny in 51 years. It also features the same digitized Lincoln silhouette that’s been there since 1909. This penny design will be the same for the next 49 years. The design represents Lincoln’s preservation of the Union. It features the Union shield, with 13 stripes for the 13 Union States, and E pluribus Unum showing our nation’s solidarity. The shield dates back to the 1780’s and was a central symbol of the union during the civil war. 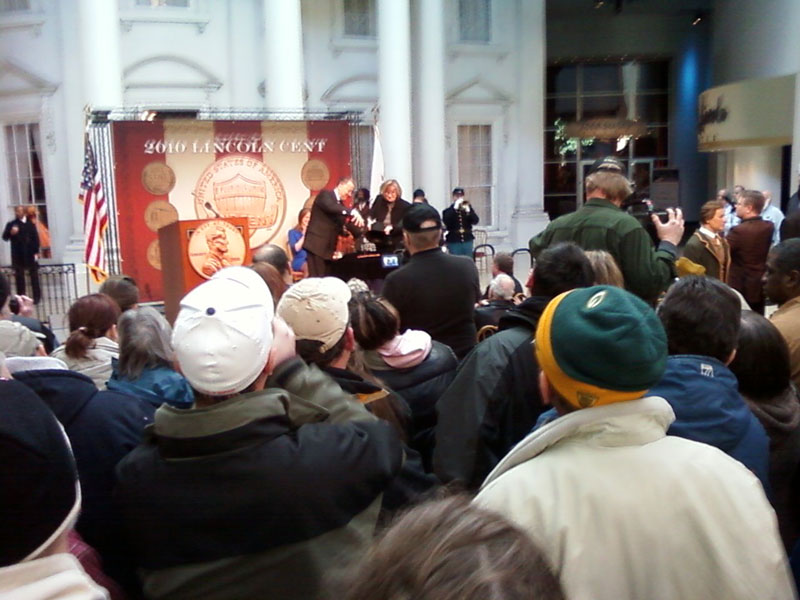 Mr. Moy thanked the members of Congress who made the new Lincoln Cent design possible. He especially gave thanks to Dick Durbin, an Illinois Democratic Senator who was the primary sponsor of the authorizing legislation. At this point, Director Moy brought Mrs. Grimes back on stage to unveil the penny. They both took Lincoln style top hats filled with pennies and poured them like a fountain into a bucket. Immediately after, the coin exchange was opened where attendees were allowed to exchange currency for rolls of the new cents at face value.

There were 5 cashiers and the process went very smoothly. I was about the 40th person in line, but was out the door in about 2 minutes. Limits in place were a minimum of two rolls and a maximum of six rolls per person. I asked the supervisor how many cases had been brought in, and she commented that there were exactly one million pennies available. They also had single coins available to the many groups of schoolchildren and kids under the age of 18. Along with the coin event, we were offered free admission to the Abraham Lincoln Presidential Library.

Many people were interested in getting the first day of issue stamp, which had been difficult and chaotic to obtain when the 3rd 2009 penny was unveiled in Springfield last year. This year, the stamping would take place exclusively at the Cook St. Post Office. I was the first person to arrive, bought my 2 stamps for each roll, and had them immediately stamped. There were three cashiers available and six stampers. This made a well organized day even better. I heard few complaints except for the cold and lack of seats, but overall the entire event was well planned and executed. 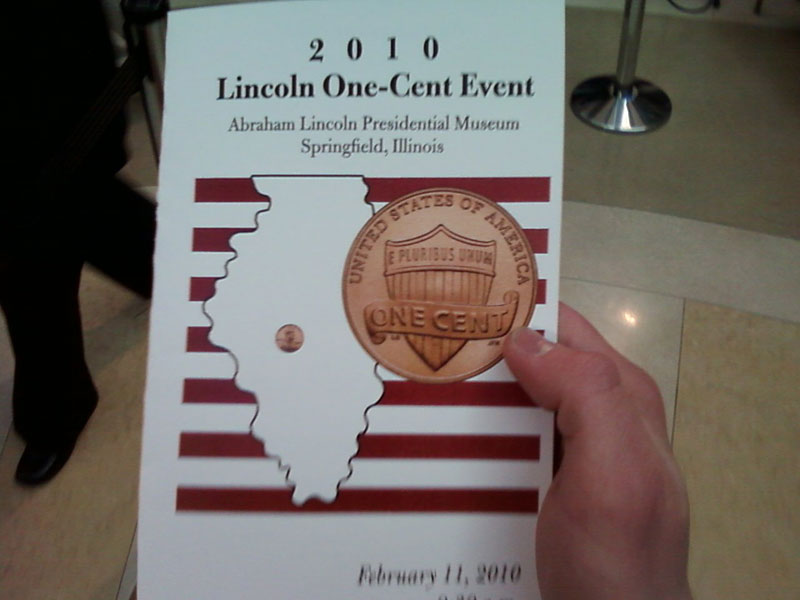