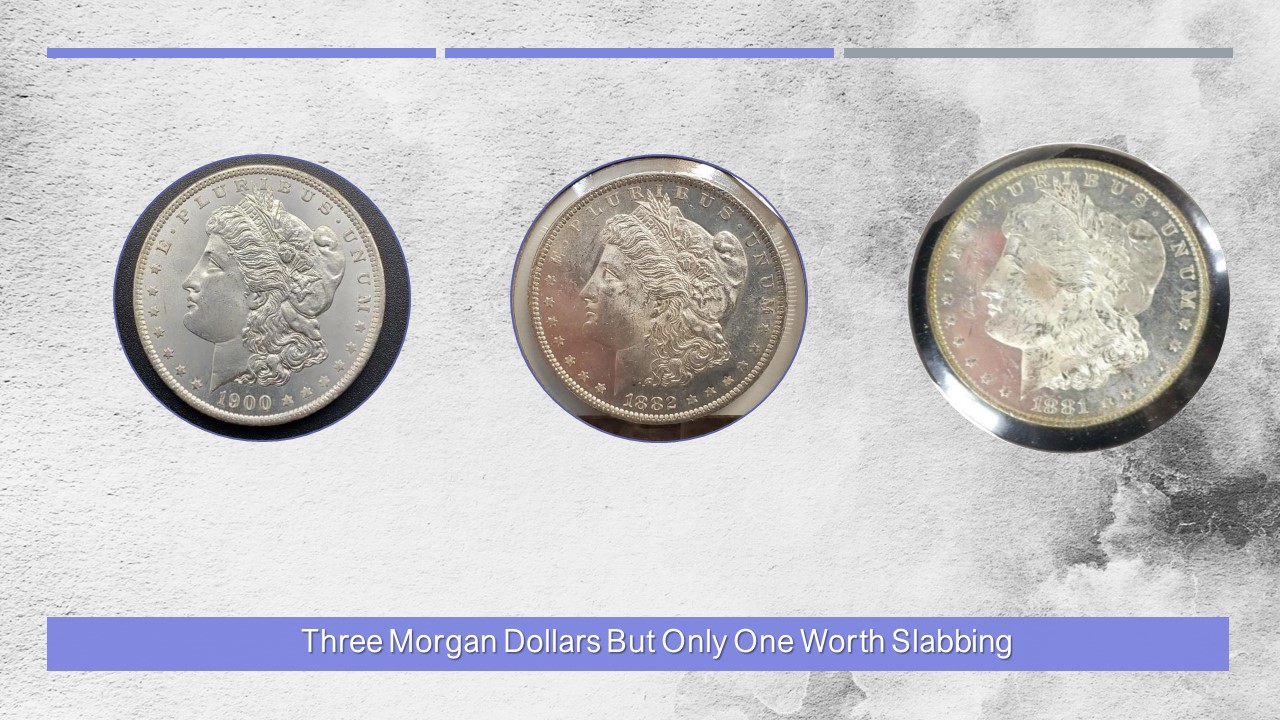 Numismatic photography is getting better on Proxibid, eBay, and HiBid but still is insufficient when compared to holding the coin in your hands

Each of the above coins was labeled as a gem, or MS-65, in HiBid auctions but only one was worth slabbing. One had hairlines, one was dipped and cleaned, and the other was MS-62-63.

Can you tell? Spoiler: I will let you know below.

This is how the 1900-O Morgan appeared on HiBid: 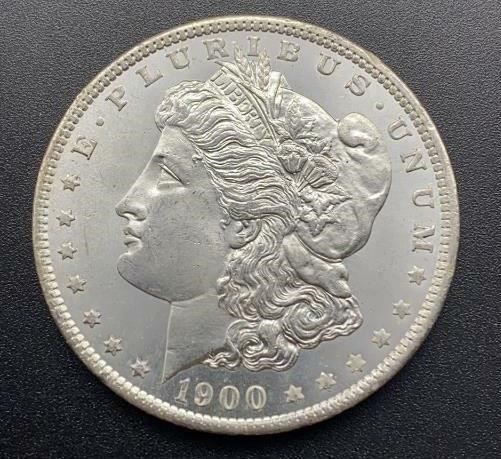 As you can see in the obverse, the cheek area of Lady Liberty is relatively clean-looking, certainly qualifying as a gem. The auctioneer’s photos do not capture luster, so I had to take an educated guess that this was worth bidding on. I won it with a $43 bid, which may seem like a steal. But with the buyer’s fee and shipping (I only won one coin, as it happened) the bill was $74. This date retails at $175 at MS-65 in a PCGS holder. But if you add the average $40 holdering, handling, and mailing fees, the total now is $114. Average auction prices (as opposed to retail) average about $140. Still, if holdered at MS-65, that would be about a $34 profit if I consigned on eBay.

Here is the reverse: 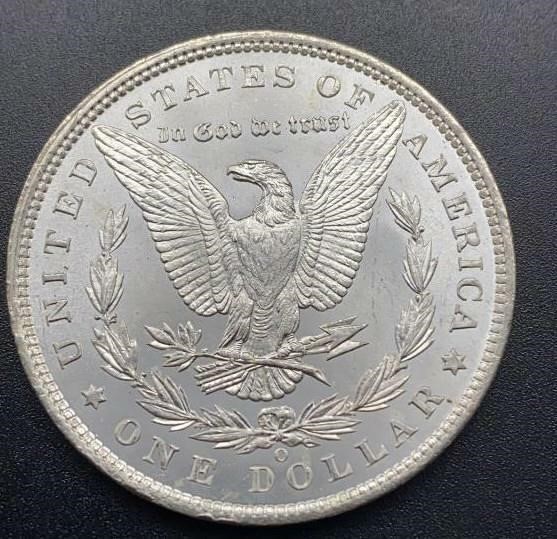 When I first inspected the coin in my hand and with a loupe, I was disappointed. I could see hairlines that would render the coin un-slabworthy. A local coin dealer would probably offer $30. At auction, I might get $35 with an accurate description. Bad bargain.

This, too, was described as a gem with Prooflike or deep mirror luster. 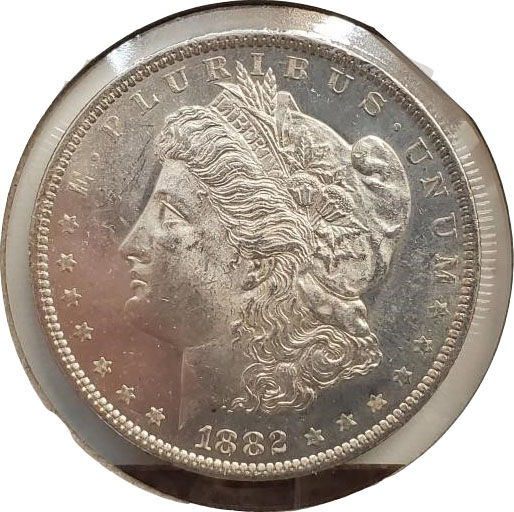 Well, the coin certainly had luster. But for deep mirror, we need about a six-inch clear reflection, and that would mean I’d see the camera in the left field. I couldn’t, so this was either a regular Morgan or perhaps Prooflike with a two-inch reflection. 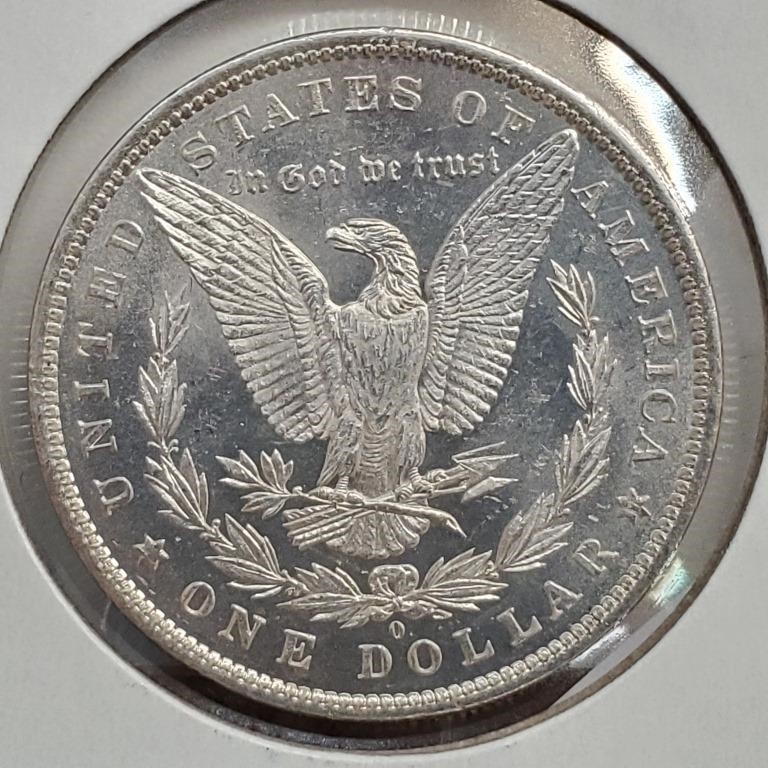 The fields looked good but there is dullness on the left wing. Again, I wasn’t believing the description at MS-65. So I bid as if this was a regular Morgan with good luster and won the coin with a $47 bid.

Again, we’re looking at about a $115 total cost with buyer’s fee, mailing, and holdering. Not much of a profit there. But worth a low bid.

When I received the coin, I was disappointed. It was dipped, eroding the luster, and would have earned a cleaning designation from PCGS. I’d be lucky to earn back my $47 bid with a proper description.

I’m an expert grader and have been a numismatist for decades. And so far have lost about $70 on the 1900-O and 1881-O. That should be a warning to you if you are bidding on raw coins. 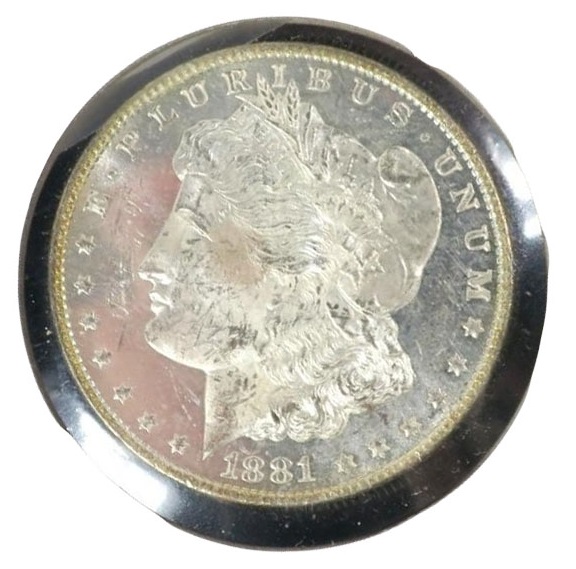 Of course, this is not a gem coin. I knew it was perhaps MS-62-63. But the fields did look Prooflike or deep mirror. 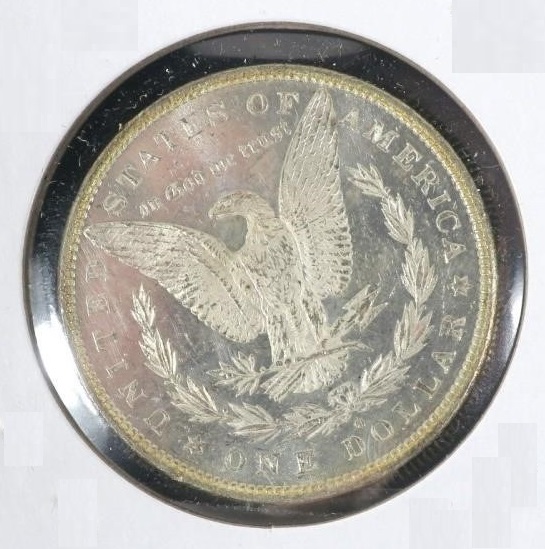 The lesson here is to learn how to grade before bidding on raw coins. Do not trust what the auctioneer or consignor says. And always bid low.