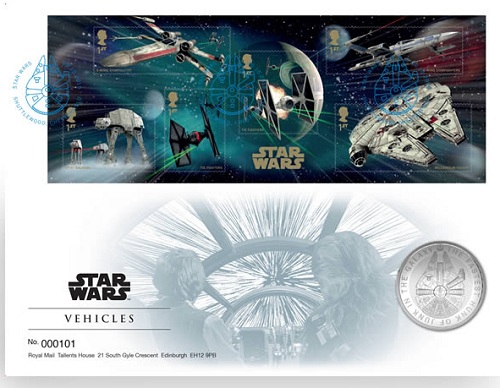 The Royal Mint has issued exclusive collector medals in advance of the upcoming Star Wars film, The Force Awakens. Featuring “Vehicles” and “Battles” respectively, these releases are each limited to 10,000 units and are available for £15.50.

The covers of these medals are also collector’s items, produced as part of a collaboration between the Mint and the Royal Mail, with each cover bearing a unique serial number. 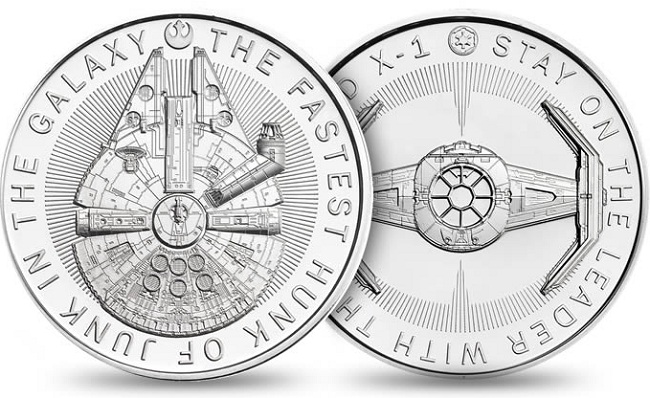 The obverse of the Vehicles medal features an image of the Millennium Falcon with the inscription THE FASTEST HUNK OF JUNK IN THE GALAXY placed along the rim. The reverse carries a depiction of the Tie Fighter advanced x-1, with STAY ON THE LEADER WITH THE ADVANCED X-1 inscribed along the rim.

The medal’s cover features illustrations of a variety of Star Wars vehicles, including an image of the Millennium Falcon going into hyperdrive. 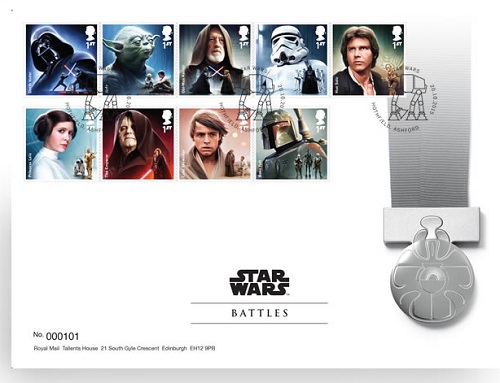 The obverse of this medal is actually a recreation of the medal awarded Han Solo and Luke Skywalker after the Battle of Yavin in Star Wars Episode IV: A New Hope. The reverse carries a Rebel Alliance insignia with HONOURING HEROES OF THE GALACTIC CIVIL WAR, THE BATTLE OF YAVIN inscribed along the rim. 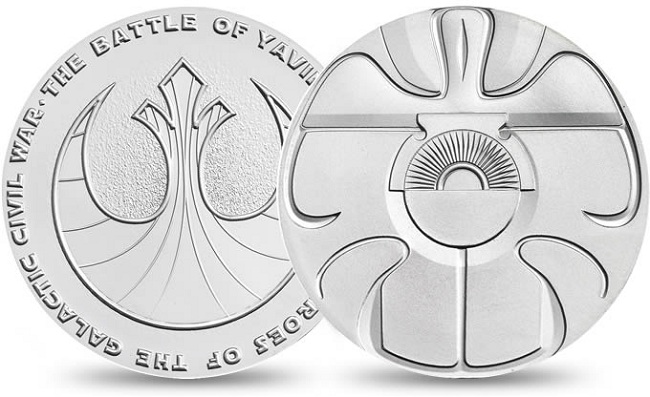 The medals are composed of 28.28 grams of copper-nickel, measuring 38.45 mm in diameter, and carring a Brilliant Uncirculated finish. Lee R. Jones served as the designer.

A third medal, which carries the theme of “Characters” and features images of Yoda and Darth Vader, is no longer available. For more information on the Royal Mint’s Star Wars medals, please visit its Web site.