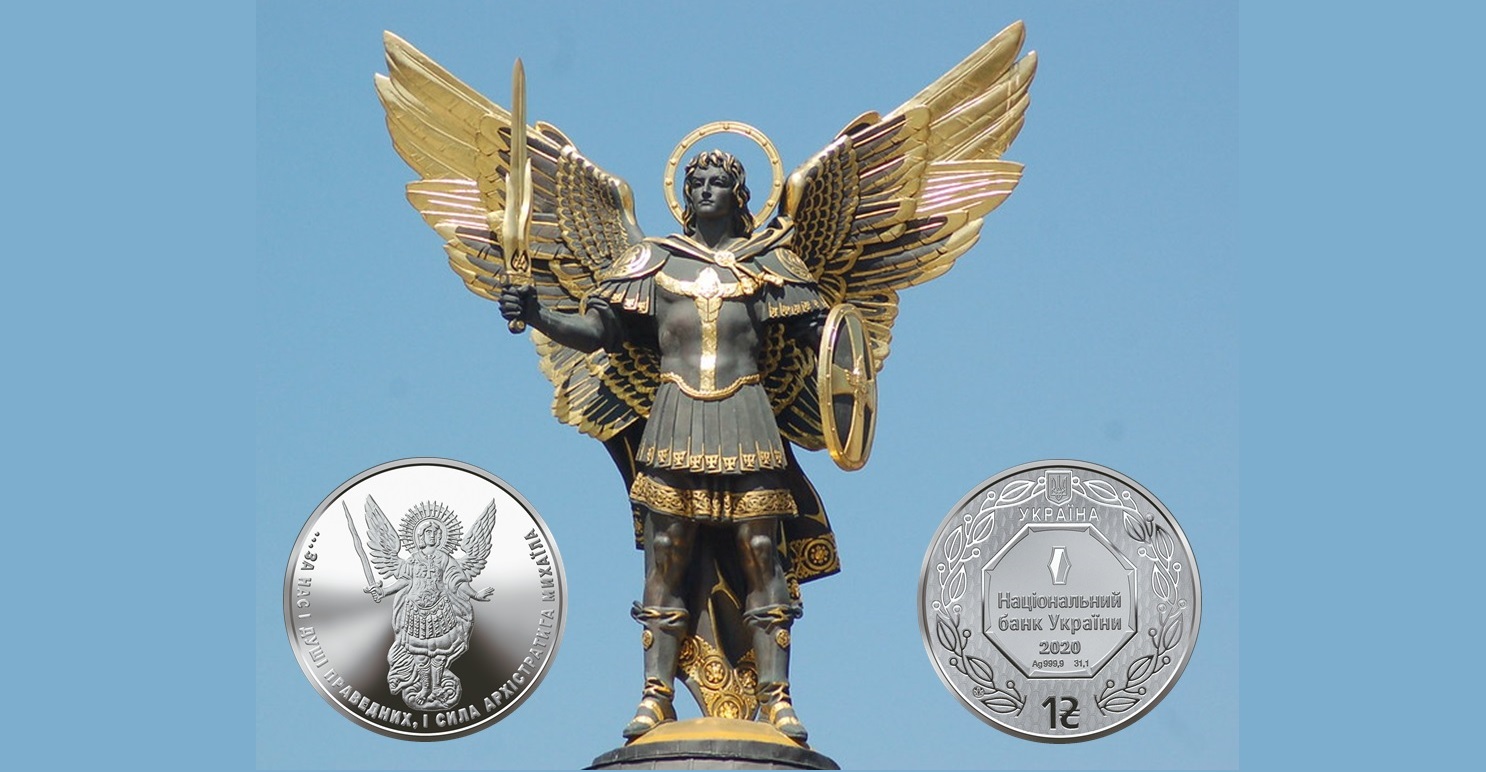 The National Bank of Ukraine has released (10th July) their silver one-ounce bullion coins, which are part of their annual “Archangel” series begun in 2011. For the 2020-dated issue, the silver coins feature a new reverse design, which, for the first time, includes the new currency symbol ₴ for the hryvnia-denominated coins. The overall design is dedicated to Saint Michael the Archangel, the supreme angel in Christianity, and greatly revered in Ukraine. According to belief within the Ukrainian Orthodox Church, Saint Michael the Archangel (Архангел Михаїл) was instrumental in the struggle against Satan. Hence, the name Arkhystratyh Mykhail, meaning the “Supreme Commander Michael.” He was believed to have taken thunder away from Satan and handed it over to Saint Elijah, who, in Ukrainian folk mythology, took on certain traits of Perun, the ancient god of thunder. Ukrainians later adopted Saint Michael as the patron saint of hunters and also as the protector of the city of Kyiv. 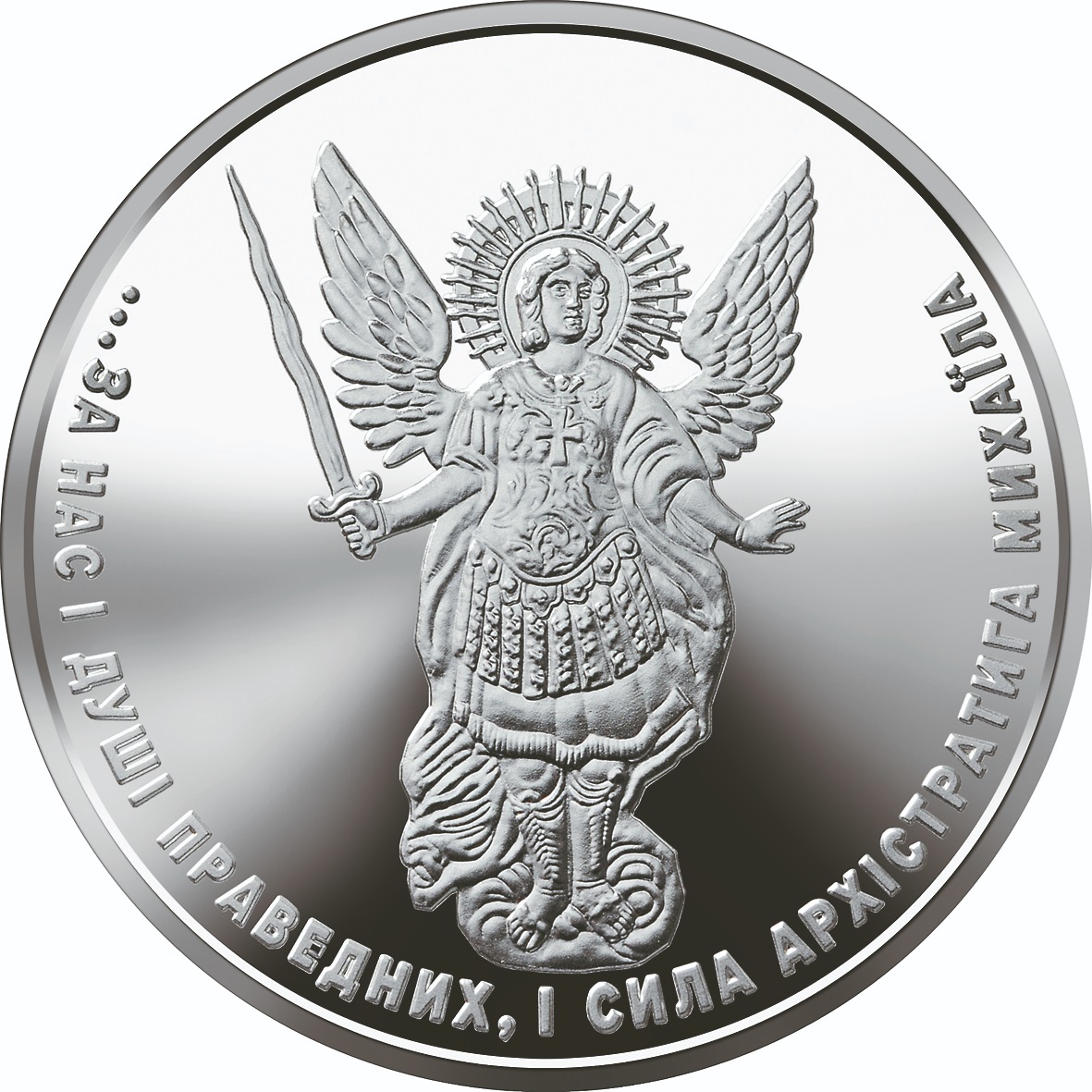 The coins are produced at the National Bank of Ukraine Banknote Printing and Minting Works on behalf of the National Bank and are designed by Volodymyr Taran, Oleksandr Kharuk, and Serhii Kharuk. Their work is inspired by, but does not replicate, the statue atop the 62-metre high independence monument — the victory column dedicated to the Archangel Michael located in Maidan Square, Central Kiyv. Featured as a central motif on the obverse is the standing image of the Archangel Michael, one of the most revered biblical characters, the defeater of evil and patron saint of soldiers who fight for just causes. Placed below the primary design is the inscription …ЗА НАС І ДУШІ ПРАВЕДНИХ, І СИЛА АРХІСТРАТИГА МИХАЇЛА (“…the souls of the righteous and the power of Archangel Michael are with us”). This verse is taken from the poem entitled “Haidamaky” by Ukrainian author Taras Shevchenko, who is portrayed on the current 100-hryvnia banknote. 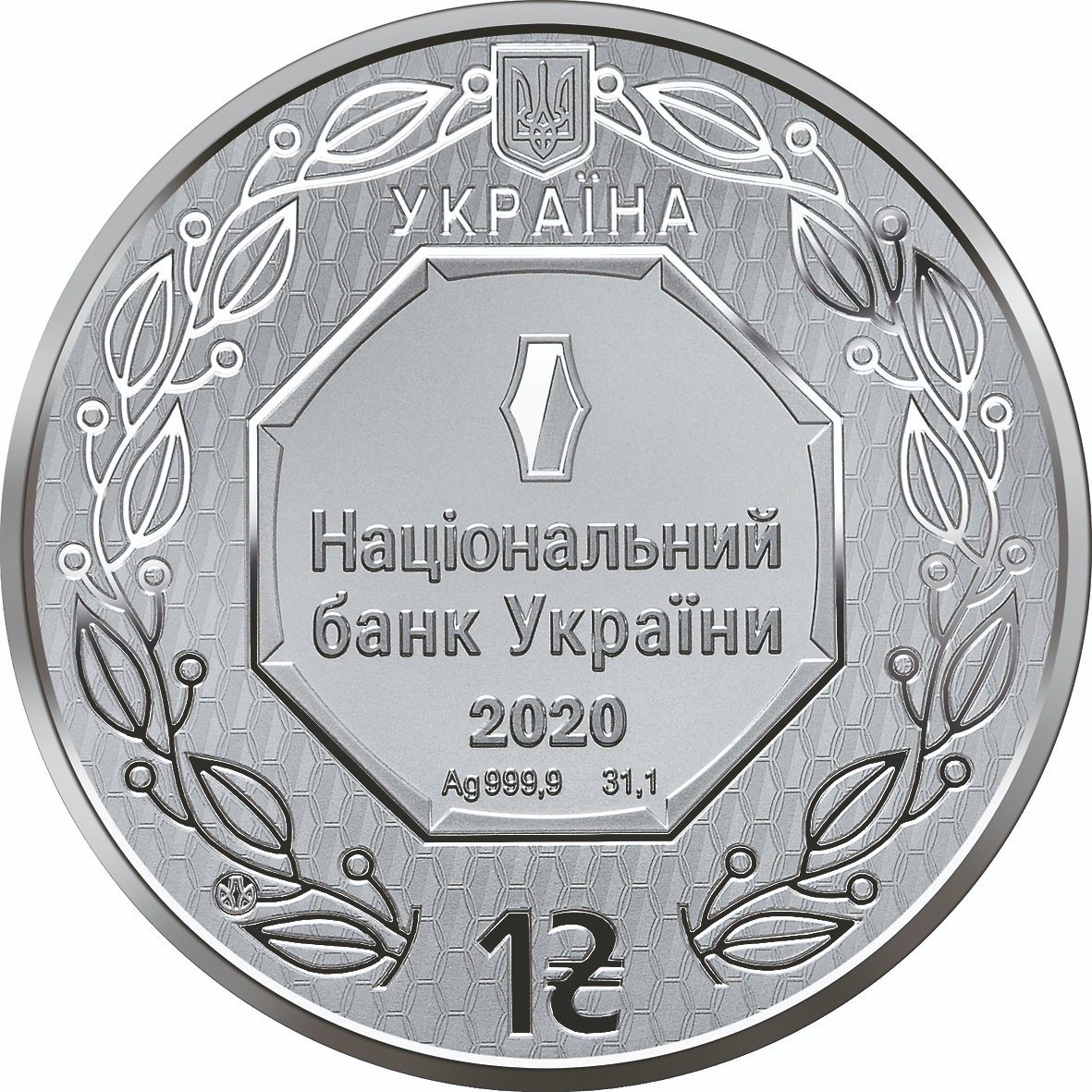 The newly designed reverse includes an eight-sided shape centred with text, which is included within the octagon НАЦІОНАЛЬНИЙ/БАНК УКРАЇНИ (“National Bank of Ukraine”), along with the bank’s insignia shown above the text. The coin’s silver fineness and weight are also seen just under the text. The octagon is surrounded by a stylised wreath of laurel leaves and berries with Ukraine’s national crest seen at the top. The new monetary symbol ₴, and the denomination 1 are shown below. The background is made up of a pattern of the bank’s logo.

The bullion-related coins are sold via distributors internationally, and, as such, the National Bank does not retail them directly to collectors abroad. For additional information about Ukrainian collector coins, please visit their website.