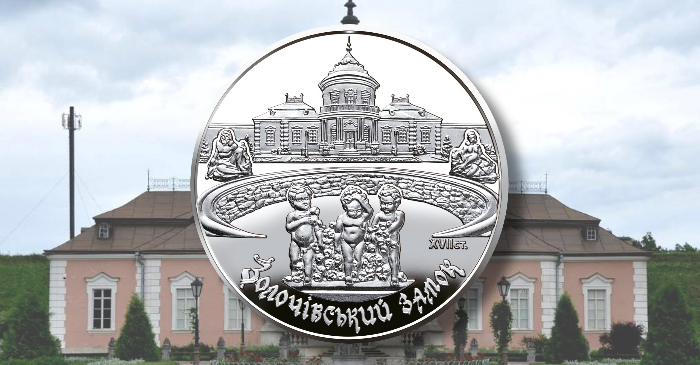 The National Bank of Ukraine has issued new silver Proof coins as part of their ongoing numismatic series entitled “Architectural Monuments,” highlighting many of the landmarks and structures built in Ukraine. The coins focus on Zolochiv Castle, once the regal residence of the Sobieski Dynasty. The legendary noble family reached the height of their power and importance in the late 16th and 17th centuries when one of its members was elected King of Poland as John III Sobieski (1629–1696). The castle’s land is situated on a hill at the confluence of two small rivers in the southeastern part of Zolochiv, formerly Polish Złoczów, in Galicia, which is today part of Ukraine’s Lviv Oblast.

The rectangular fort was built between 1634 and 1636 by Jakub Sobieski (1590–1646) father of King John III, using the labour of indentured Crimean Tatars. The completed Sobieski Castle was composed of solid walls in what was a prevalent Dutch-style form of architecture, comprising four pentagonal towers at each corner, and the so-called “grand palace.” The Chinese Pavilion, a diminutive mauve-coloured rotunda flanked by one-storey wings, was added later in the century as John III Sobieski’s gift to his French-born wife, Queen Marie. With this unusual addition, Zolochiv Castle became one of the few examples of Eastern architecture in present-day Ukrainian lands. Aside from aesthetic design and sumptuous living, the castle also had a specific purpose of defence, and, as such, the complex included ramparts, bastions, a gate tower, a bridge, and a triangular-shaped ravelin, or fortress.

However, despite the defences built into the layout, the castle was taken in 1672 after a six-day siege by the Ottoman Turks, and three years later, it survived another siege by the Ottoman army. After the death of Jakub Ludwik Sobieski (1667–1737) son of King John III, the castle passed to the influential and princely family of the Radziwiłł’s. The castle and its grounds changed hands again in 1801 when it was sold to Count Łukasz Komarnicki-Pawlikowicz of the House of Sas. It was his heirs who sold Zolochiv Castle to the Austrian crown in 1834. By the middle of the 19th century, the castle was adapted for use as a hospital and barracks and was turned into a prison in 1872 which continued in use until after the September Campaign, the German invasion of Poland. Today, there is a chapel on the grounds of the castle commemorating the victims of the NKVD, the agency initially tasked with conducting regular police work and overseeing the country’s prisons and labour camps of the Russian Soviet Federative Socialist Republic. The lands comprising the towns and regions of the Lwów Voivodeship, which included the location of Zolchiv Castle, reverted to the Ukrainian Soviet Socialist Republic in December 1939 following the Soviet invasion of Poland. 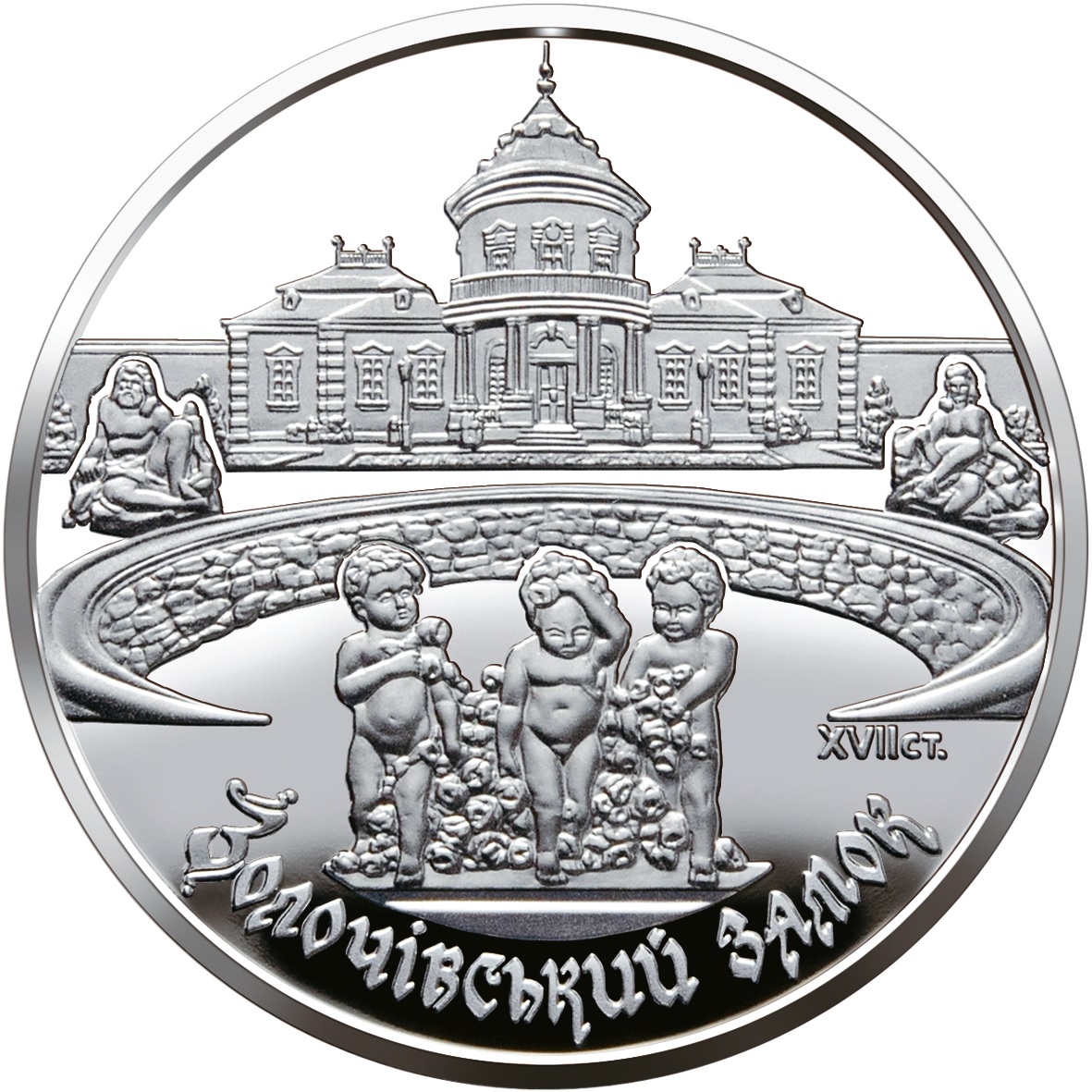 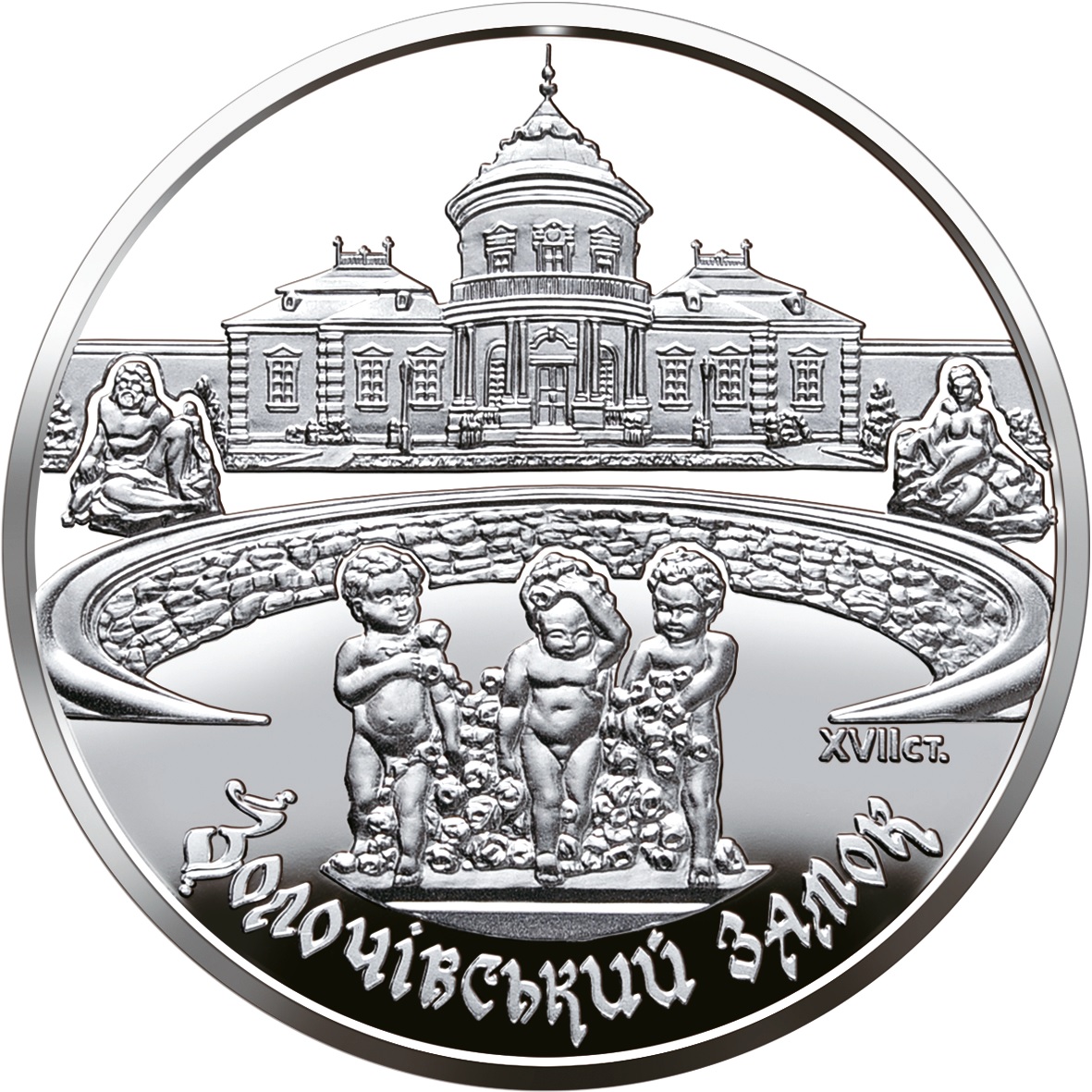 The coins are produced at the Ukrainian Mint on behalf of the National Bank and are designed by Volodymyr Taran, Alexander Kharuk, and Sergey Haruk. The reverse of the coin shows the inner courtyard of the castle, and in the foreground is a fountain and a sculptural composition of three cupids. In the background, the Chinese Pavilion is featured and to the left is the statue of Neptune, while to the right is the statue of Aphrodite. The inscription ЗОЛОЧІВСЬКИЙ ЗАМОК (“Zolochivsky Castle”) is placed below the primary design in a semicircle with XVII CT seen to the right of the main statue. 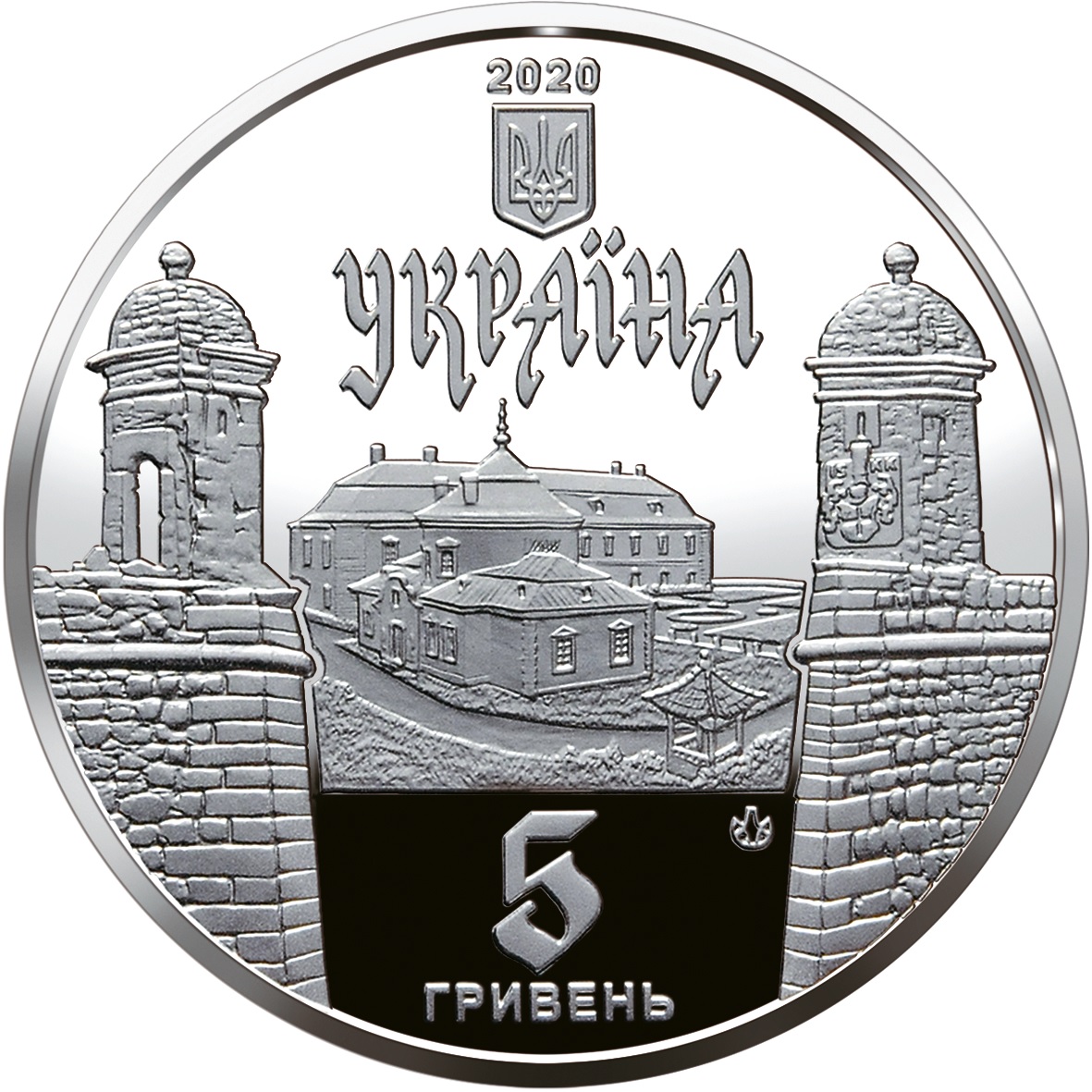 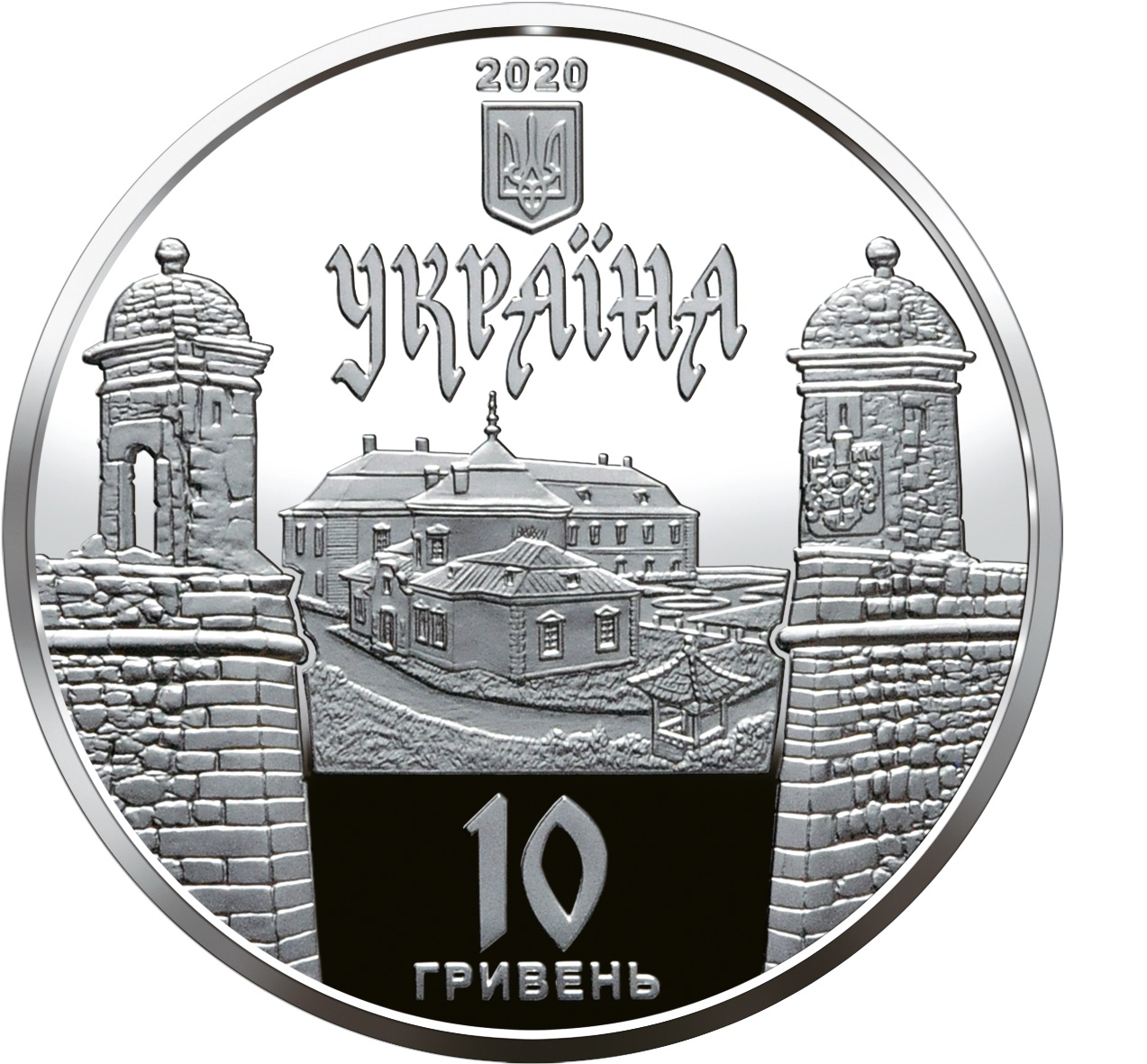 The obverse of the coin depicts, at the top, a small crest of the state emblem of Ukraine along with the year of issue under which is inscribed УКРАЇНА (“Ukraine”). On each side of the design are the main gate towers through which a stylised panorama of the castle is visible and below is the face value of 10 ГРИВЕНЬ (“10 Hryvnia,” silver) or 5 ГРИВЕНЬ (cupro-nickel)

The Proof-quality coins are encapsulated and presented in a custom case and are accompanied by a numbered certificate of authenticity. For additional information about this coin and other coins issued by the National Bank of Ukraine, please visit their website.