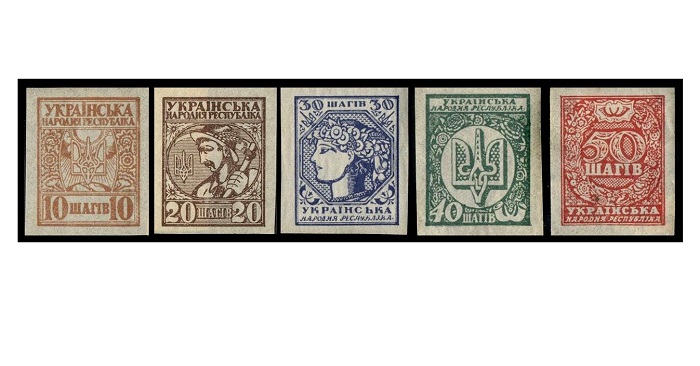 The National Bank of Ukraine has issued (25th September) new collector coins which mark the centenary anniversary of the country’s first postage stamps released in 1918. The series of postage stamps was issued during the brief period when Ukraine emerged as an independent state after the break-up of the Russian Empire following the abdication of Czar Nicholas II in 1917. Denominated in “shagiv,” which was the sub-division of Ukraine’s current currency, the grivna (at the time), the five values of 10 to 50 shagivs were printed on perforated heavy card stock and issued as currency starting on the 18th April 1918. As the newly independent state was effectively in the middle of the Great War that broke out in 1914, these stamps were used as currency, owing to a shortage of metals. These specially printed stamps included inscribed text on the reverse attesting that they would circulate in the place of coinage and were prohibited for use as postage stamps. 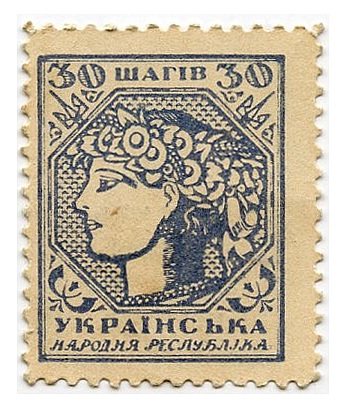 However, with an eventual shortage of the postage stamp version of these issues. the cardboard-printed versions did eventually appear on some envelopes and entered the postal system. Finally, a purpose-printed set of postage stamps denominated identically as the currency series with similar designs was issued on the 18th July 1918. 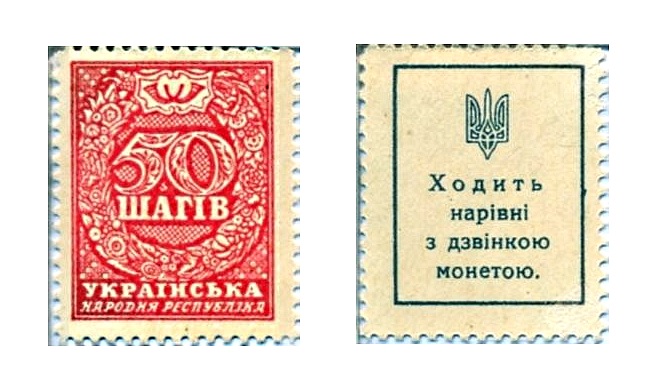 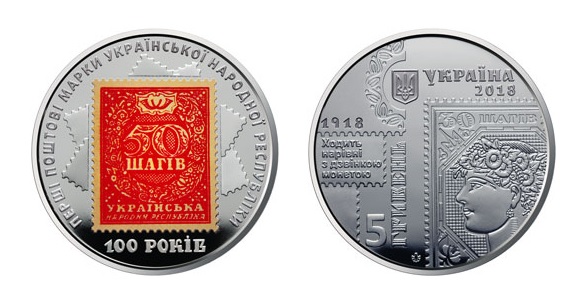 The coins are produced by the Ukrainian Mint at their facilities in Kiev, on behalf of the National Bank of Ukraine, and are designed by Volodymyr Taran, Alexander Kharuk, and Sergey Haruk. The obverse side of the coin includes a small state emblem of Ukraine, and to its right is the inscription UKRAINE 2018. The design also includes a recreation of the design found on the 30-shagiv stamp, which is that of an allegorical representation of Ukraine seen as a young female face in a left-facing direction. Towards the left is the face value of 5 ГРИВЕНЬ in a vertical direction. A commemorative inscription denotes the centenary anniversary of the first issue of Ukrainian stamps in 1918, and is seen to the far left side of the stamp recreation.

The reverse side includes a vivid colour recreation of the 50-shagiv stamp, placed in the middle of the coin. The commemorative inscription, which is placed around the design along the rim reads: ПЕРШІ ПОШТОВІ МАРКИ УКРАЇНСЬКОЇ НАРОДНОЇ РЕСПУБЛІКИ (first stamps of the Ukrainian People’s Republic) and 100 РОКІВ (100 Years), which is placed below the primary design.