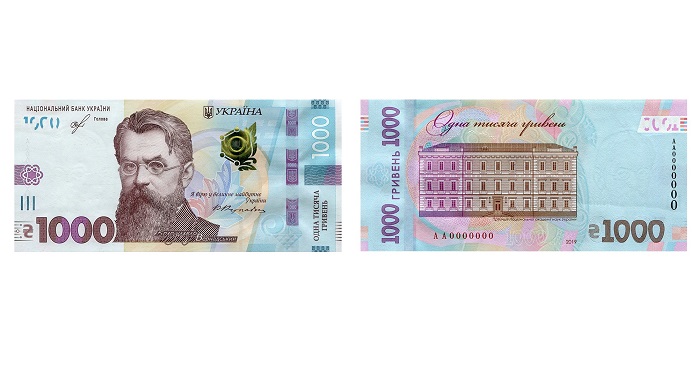 The National Bank of Ukraine has announced (25th June) the planned issue of a new banknote with the denomination of 1,000-hryvnia (U.S. $38.00) scheduled for release on the 25th October, and the 1,000-hryvnia note will be the largest in circulation. To facilitate cash payments in Ukraine, the National Bank has announced the new denomination. Even though cashless payments are becoming more and more popular in Ukraine, cash is still the most important means of payment.

At the same time, the National Bank confirmed they would act to streamline the number of coins and banknotes currently legal tender within the economy. Coins of one, two, and five cents will cease to be a means of payment in Ukraine and will be withdrawn from circulation on the 1st October 2019.

25-kopeck coins, which remain a payment instrument, will also be gradually withdrawn from circulation, while at the same time, supplies of newly introduced one, two, five, and 10-hryvnia coins will increase as banknotes of the same denomination will continue to be withdrawn from circulation. As the new reform takes place, this will reduce the number of monetary instruments currently from 17 coins and banknotes to 12. The smallest coin in circulation will be 10 kopecks, and the smallest denomination banknote will be 20-hryvnia. 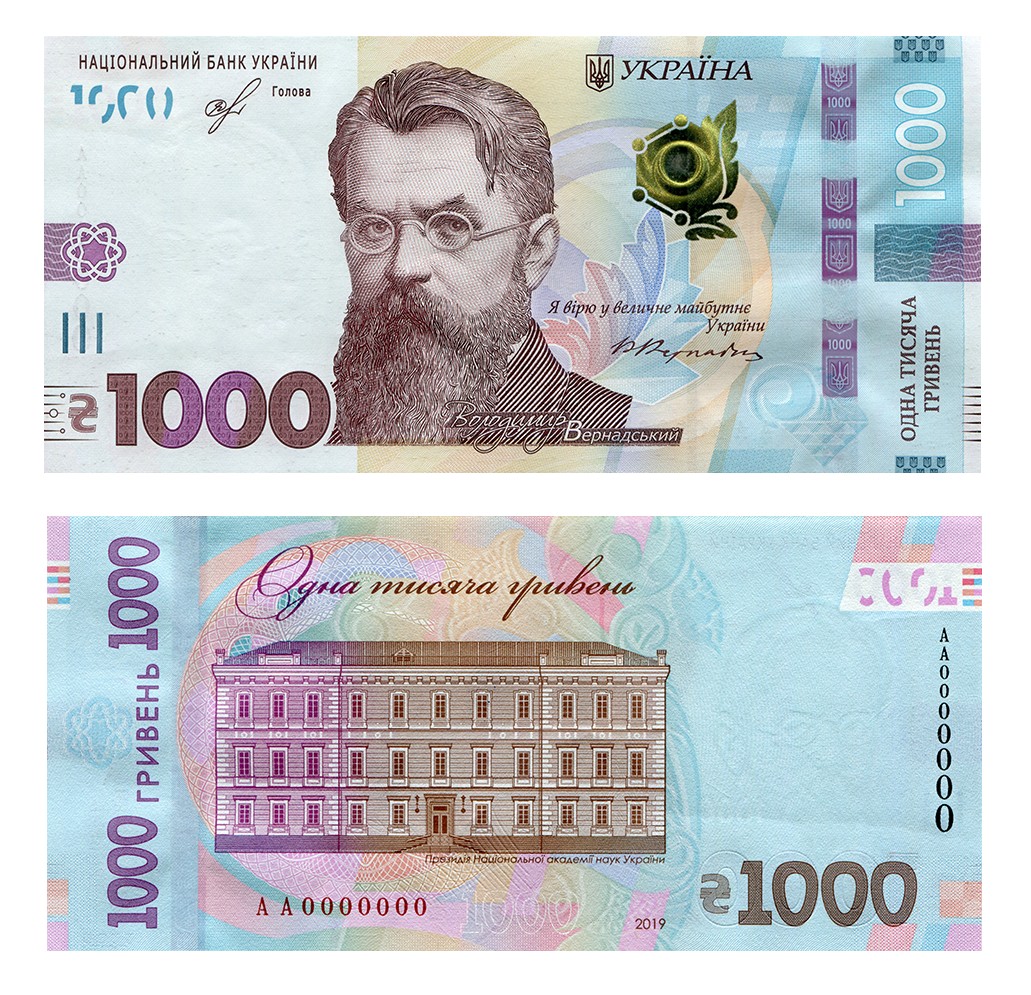 The new banknote is designed to fit in with the current series of a family of banknotes, initially introduced into circulation in 2007 with the issue of 200-hryvnia banknotes. Featured on the face side of the new note is Vladimir Vernadsky (1863–1945). An eminent philosopher and natural scientist, Vernadsky founded entirely new branches of science in the fields of geochemistry, biochemistry, and radiogeology. He is one of the founders and the first president of the Ukrainian Academy of Sciences, established in 1918. On the back side is an image of the building of the Presidium of the National Academy of Sciences of Ukraine. The size and colour of a note of 1,000-hryvnia differ from banknotes of other denominations, which will help the population to determine the face value by its dimensions quickly. The new banknote measures 160 by 75 millimetres, with a main or primary colour being blue. 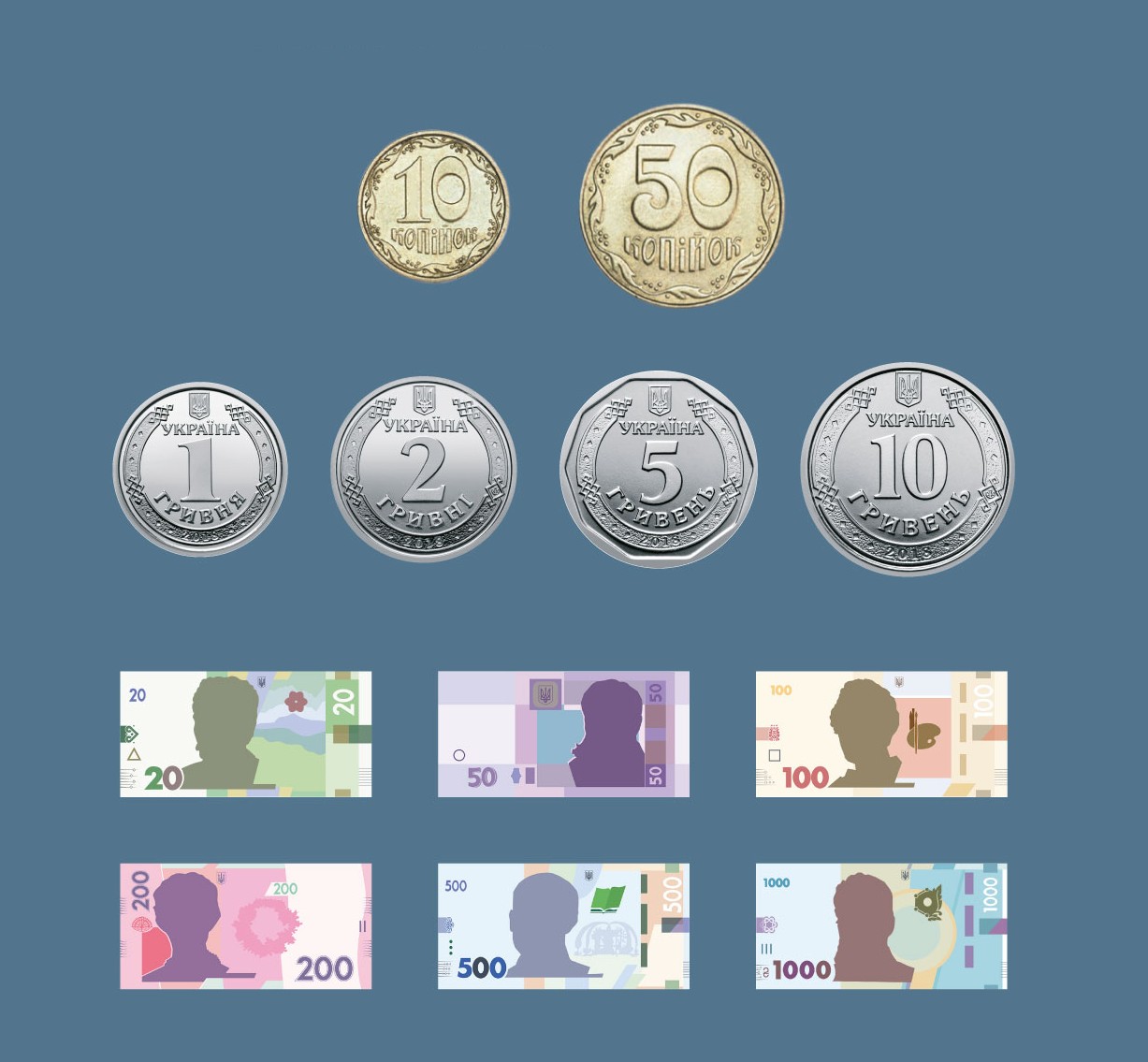 In keeping with the introduction of the national symbol “₴” for the Hryvnia currency, the symbol will be included in the design and is shown next to the numerical value on both sides as ₴ 1000. Security features will include:

During the announcement, the National Bank also revealed plans to upgrade banknotes in denominations of 50 and 200-hryvnia, as both notes have been in circulation since 2004 and 2007, respectively. At the same time, the National Bank has begun preparations on plans for the design of the next generation of hryvnia banknotes, which will include the latest technology ensuring only genuine notes are circulated.

For additional information about the coins and banknotes issued by the National Bank of Ukraine, please visit their website.