The U.S. Mint has increased its weekly allocation of American Eagle Silver bullion coins for the second week in a row.

This week the Mint has approved the sale of 1,075,000 ounces of 2015 Silver Eagles to authorized purchasers, marking a 7.5% increase over last week’s limit of 1,000,000 coins. Both weeks’ totals are significantly higher than those of the periods that preceded them, which amounted to 750,000 and 809,500 ounces, respectively.

2015 Silver Eagle bullion coins have sold 36,054,500 coins this year, and are on pace to break last year’s record of 44,006,000 coins sold. Both high consumer demand and a shortage of silver planchets have forced the Mint to ration sales of silver bullion coins for the time being, with weekly allocations being announced on Mondays. 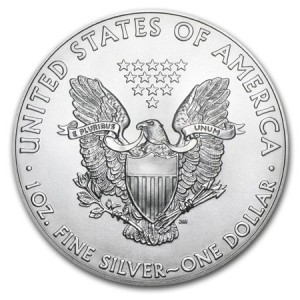 American Eagle Silver bullion coins carry a denomination of one dollar; however, as they are investor coins, their value is tied to their weight in silver, which according to the London Bullion Market Association is $15.25 per ounce as of this writing. In figuring retail prices for the public, authorized dealers add to the mint’s base price to cover their own expenses and profit targets, often incentivizing bulk purchases by charging less for coins ordered in large quantities.