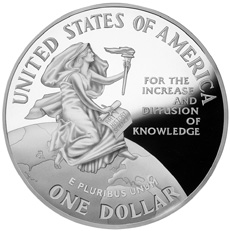 This is the first column of a new Coin Update feature that will provide regular coverage and analysis of U.S. coins, the coin collecting hobby, numismatics, and the American coin industry/market.  It aims to provide current information on trends and developments in the hobby and industry that are of interest to collectors, investors, numismatists and dealers.  It will combine discussion of trends in the field, ideas for collecting and investing more effectively, and overviews of different U.S. coins and series.

My goal is to keep collectors and others abreast of issues affecting U.S. coin collecting. I hope that these articles will help people learn more about what is going on with their hobby and the broader market and industry and help them to better enjoy coin collecting.  I welcome the feedback of readers in the comments section.

Some of the particular themes and areas to be covered include: strategies and suggestions for more effective coin collecting; general coin collecting matters such as valuing coins accurately, storing coins, and the importance of good record keeping to name just a few; suggestions for future U.S. coins or series; articles about specific classic or modern U.S. coins and series such as Morgan dollars, Walking Liberty halves, and modern commemoratives; reviews about significant books on various aspects of the hobby from investing in coins to price and grading guides or specific U.S. coins and series; and reports on the state of the market as seen by dealers and other players.

So many things are going on in these areas at any given moment, and there is obviously no way to take account of everything.  But I will try to highlight what I consider to be some of the more important developments and will focus on areas of particular interest to me.  In other cases, I will research a field I am less familiar with such as half cents and summarize what I learned and my views.  I will also periodically provide reports from coin shows and interviews with dealers and other players in the U.S. coin industry and hobby.

Overall, I anticipate that a lot of the discussion in my columns will be oriented around many of the key issues that are shaping the current U.S. coin market and the hobby of coin collecting.  These include how the state of the economy is affecting buying, selling, collecting and investing decisions and trends; the changing role of graded coins in the marketplace, although this will also continue to be covered by Michael Bugeja; potential sleepers, or undervalued U.S. coins, and other low-mintage coins or those with other appealing characteristics; how the ongoing rise of precious metals is affecting the American numismatic community, although specific discussion of those markets will continue to be covered by Patrick Heller; and how generational change is impacting the future of the hobby. 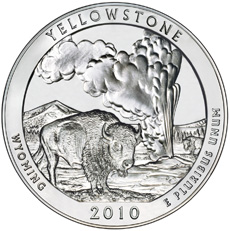 In the current market, some issues that merit closer examination include, for example, the controversial and chaotic launch of the 5-ounce silver bullion versions of the America the Beautiful quarter series, and the issues it raises for the future distribution of U.S. bullion and collector coins and the Mint’s system of Authorized Purchasers; the recent performance of the U.S. Mint; the way bullion sales are crowding out the numismatic market, to some degree; and the future of the hobby and market as precious metals rise so much that many people will have great difficulty completing U.S. series composed of precious metals.

This is the beginning of what I hope will be an exciting journey for me as a collector, numismatist and writer.  There are not very many people who write regularly about these topics, whether for web sites or the print media apart from the relatively small staffs of a couple of long-established hobby publications. It is a real honor to join a select group that includes writers such as Patrick Heller, Michael Bugeja, Q. David Bowers, David Harper, and others who have made so many contributions to this field.

It is my hope that these articles, and the broader discussions and debate which I hope they stimulate, will strengthen U.S. coin collecting by encouraging interaction between coin sellers and coin buyers, collectors and the Mint, and individual collectors and investors.