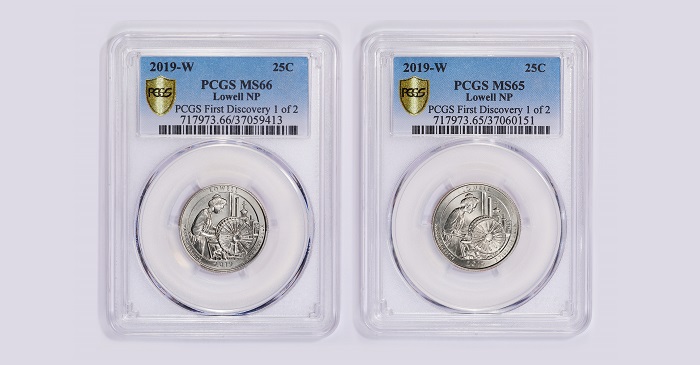 April 12, 2019 — Two avid coin collectors, one in Kansas and the other in Virginia, have agreed to split the $5,000 bounty offered by Professional Coin Grading Service (PCGS) for almost simultaneously submitting the first 2019 “America the Beautiful” Lowell National Historical Park quarter-dollars with a West Point mint mark. Both submissions arrived on the same day at PCGS headquarters.

But the PCGS Quarter Quest has not ended, and there are still opportunities for rewards and fun with “W” mint mark quarters in the weeks ahead. 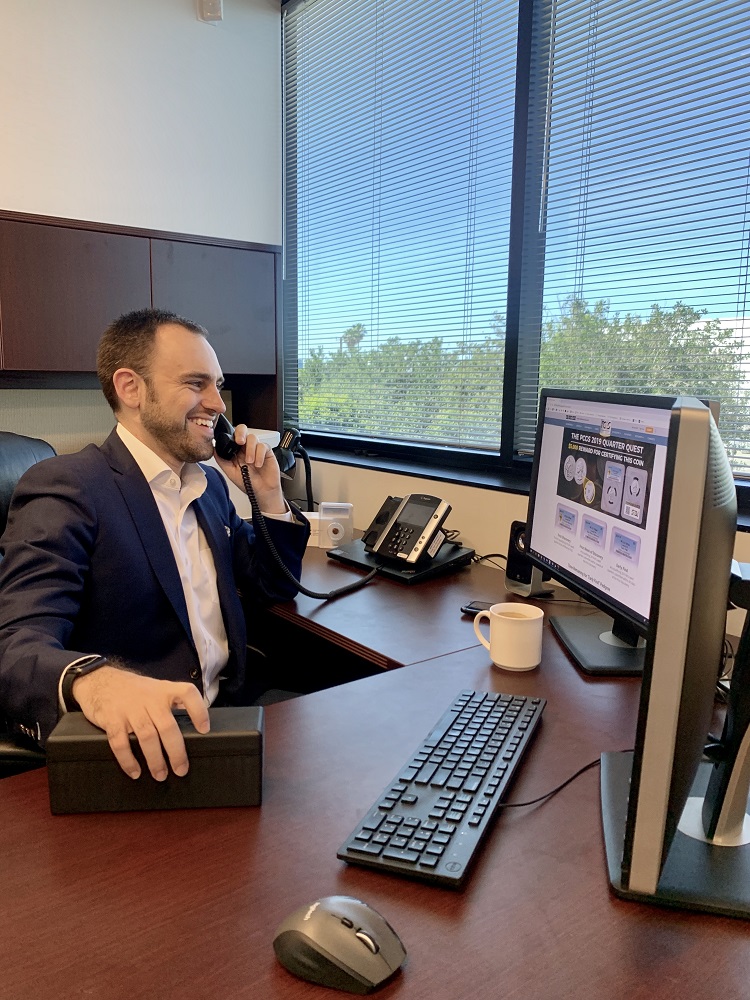 “After PCGS announced the Quarter Quest competition on Friday, April 5, 2019, the entire office buzzed with anticipation,” said PCGS President Brett Charville. “Who would win? Would there be more than one? Given that the quarters are circulating, will high grades be scarce? How long will it take until the first one travels through the grading room?”

It didn’t take long for the questions to be answered.

The first two qualifying “W” mint mark quarters arrived at PCGS on Tuesday, April 9. One was submitted by a collector identified as “Steven R.” from Topeka, Kansas, while the other was submitted by collector “Michael T.” of Fairfax, Virginia.

Steven told PCGS he obtained his winning coin, now graded PCGS MS-65, when he “just stopped at a gas station to buy a couple of Pepsis.” His interest in coin collecting started from searching through his grandfather’s coin jars hoping to stumble upon something big. “I was always looking for that ‘44 steel penny,” he explained.

Michael, who began collecting as a youngster when his father gave him an Eisenhower dollar, revealed he found his winning coin when he purchased rolls of quarters. “On the end of one roll I saw a “W” mint mark, and I was super excited there might be something good in here,” he recalled. His “W” quarter is graded PCGS MS-66. 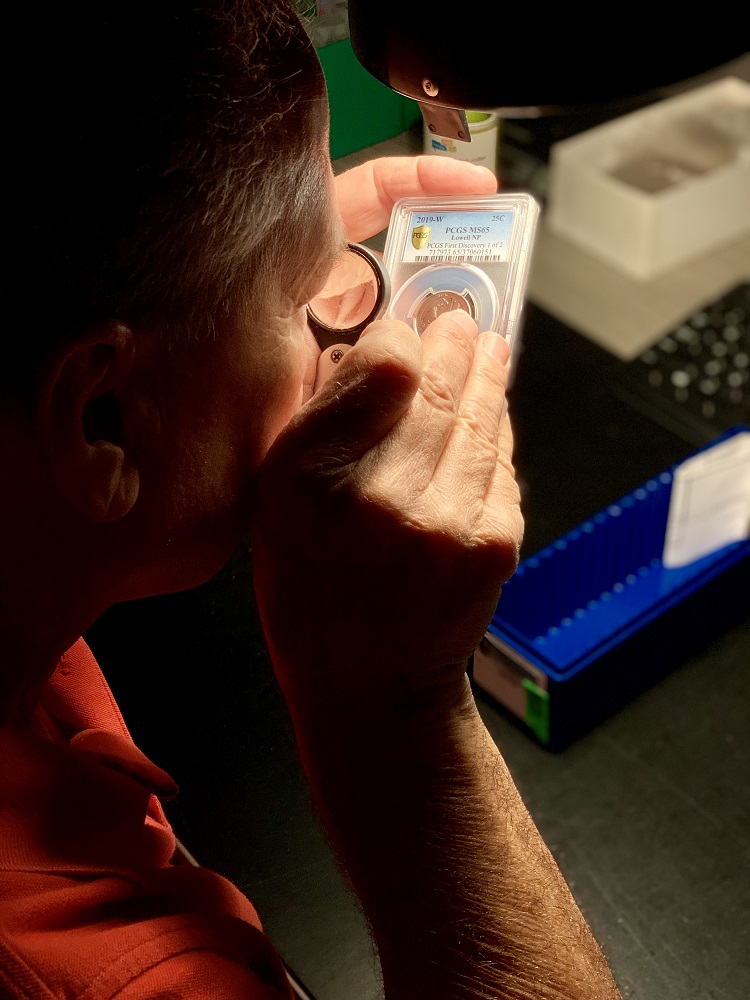 The two collectors are receiving $2,500 each from PCGS and their encapsulated coin inserts indicate a pedigree of “PCGS First Discovery 1 of 2.”

“We are offering a bounty for each of the remaining and qualifying 2019 America the Beautiful West Point quarters,” explained PCGS Director of Marketing Heather Boyd.

“The bounty for the first submitted Northern Mariana Islands’ American Memorial Park 2019-W, anticipated to be the next put into circulation, has been set at $2,000. As with the Lowell quarter, any submitted within the first seven days after the PCGS First Discovery has been confirmed will automatically receive the First Week of Discovery pedigree,” she said.

The qualifying coins submitted after those 7 days and within 45 days of the PCGS First Discovery will automatically receive an Early Find pedigree.

PCGS has created an information page for the promotion here, where coin hunters can check on updated bounties, see if a PCGS First Discovery has been graded and authenticated, and review the terms and conditions for the promotion.