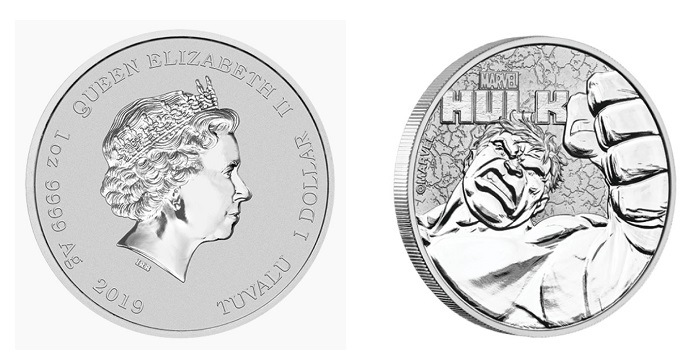 The government and treasury of Tuvalu have released the seventh collector silver crown coin in their ongoing series which features the superheroes that are part of the Marvel Comics franchise. The latest coin highlights the story of the Hulk, a character which first appeared in the debut issue of The Incredible Hulk in May 1962.

The Hulk’s story, written by well-known American comic book writer, editor, publisher, and producer Stan Lee (1922–2018), follows the exploits of Dr. Bruce Banner, who — after surviving a deadly gamma radiation accident — travels the world in search of a cure to the inner force that turns him into a large green monster known as “the Hulk.” Running out of time and options while on the run, Banner has been able to turn to his old flame Betty Ross — the daughter of his nemesis General “Thunderbolt” Ross, for help. 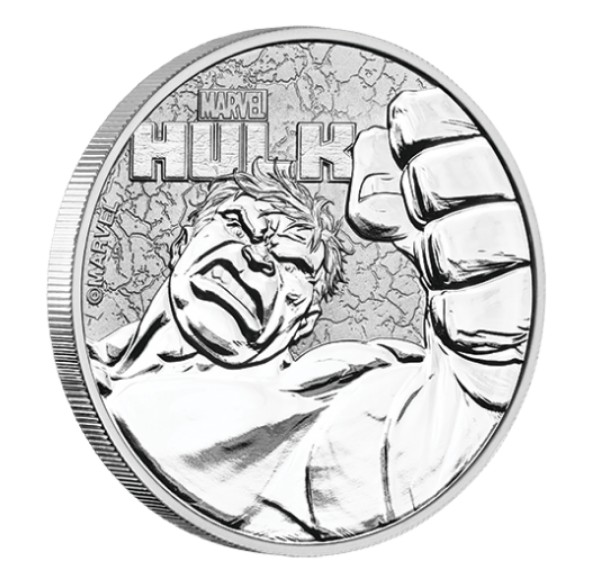 The Perth Mint produces the coins on behalf of the treasury of the Pacific Island of Tuvalu. The designs are all based on original characters and artwork published by Marvel Comics. The reverse side of the coins includes a familiar image of the Hulk, as he has already transformed. To the left of the primary design is the copyright mark and text MARVEL, while just above the head of the Hulk is the text MARVEL HULK in stylised lettering and arranged in two lines. 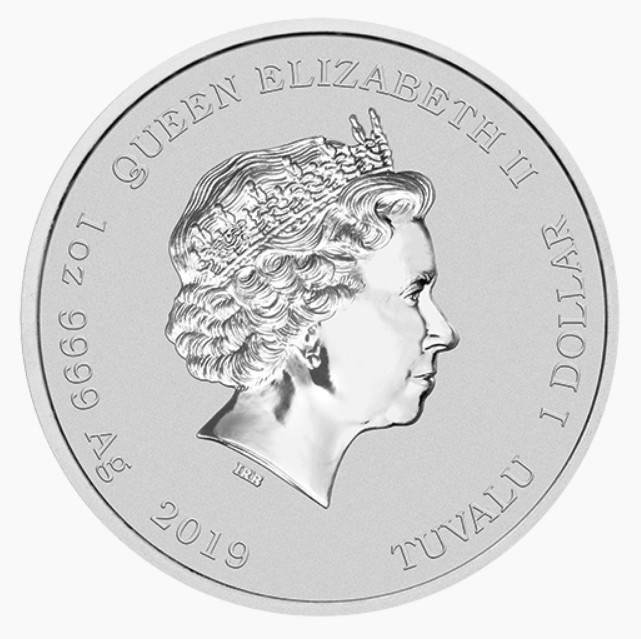 The obverse includes an effigy of HM Queen Elizabeth II created by Ian Rank-Broadley. The legend around the Queen’s effigy includes the denomination of 1 DOLLAR, the year of issue 2019, and the fineness and weight 1 OZ .9999 ag. 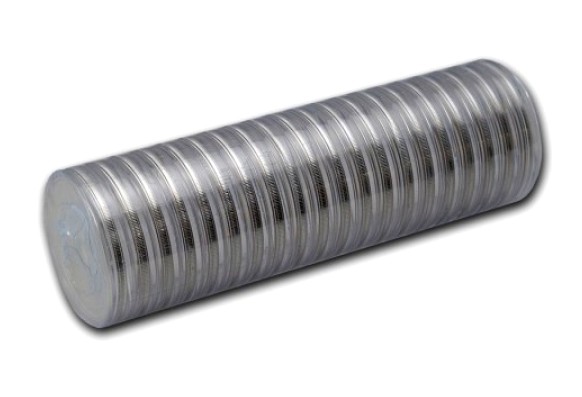 The first coin in the series was released in 2017 and featured the superhero, Spider-Man. The coins are available as a bullion product purchase exclusively from the Distributors LPM Group Limited, whose offices are located in Hong Kong. The coins are available as a single coin or in tubes of 20 pieces, all individually encapsulated. For more information about this coin and other coins in the series, please click here.