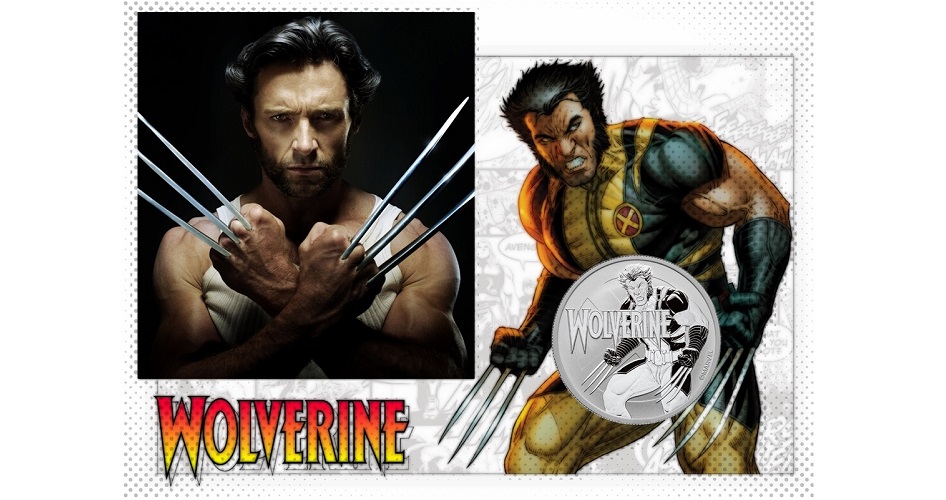 The treasury of Tuvalu has launched their latest bullion-quality coins which are part of the ongoing Marvel comic book characters series. Begun in 2017 with the release of the first coin featuring Spiderman, the series has gained in great popularity and has included such memorable characters as Ironman, Thor, the Hulk, Captain America, and the Black Panther. For the first of two 2021-dated and 9th release in the Marvel bullion series features the Wolverine.

Created by Marvel Comics editor-in-chief Roy Thomas, writer Len Wein, and Marvel art director John Romita Sr, the character James “Logan” Howlett was given the name “Wolverine” because of his short stature, keen animal senses, and ferocity. The Wolverine made his first appearance in November 1974 as part of a storyline in The Incredible Hulk edition #180 before having a larger role in the follow-up edition #181. The Wolverine is typical of the many tough anti-heroes that emerged in American popular culture during the 1960s. Of the more outstanding feature of Wolverine is his powerful regenerative ability known as a healing factor, and three retractable claws in each hand. This mutation is further triggered after Thomas Logan is thrown off the Howlett’s property and in a fit of rage, he returns to the Howlett manor and kills John Howlett. In retaliation, young James kills Logan with bone claws that emerge from the back of his hands, as his mutation manifests. Since the Wolverine is a mutant, his longevity is also super-human as he lives through many eras of history. He is ushered into the Canadian military during World War I as well as joining forces with Captain America during World War II, serving with the 1st Canadian Parachute Battalion during D-Day, and later with the CIA before being recruited by Team X.

Wolverine was later brought into the further group of Comic book characters known as The X-Men, the team of fictional mutant superheroes published by Marvel. So popular has the character become that in 2009 the story of James Howlett was brought to the big screen played by Australian actor Hugh Jackman. He reprised the role again in a second instalment of the story in 2013, which was part of an overall X-Men six-film instalment. The film earned $414 million worldwide, making it the fifth-highest-grossing film in the series. Currently, Wolverine holds the Guinness World Record of the “longest career as a live-action Marvel superhero.” 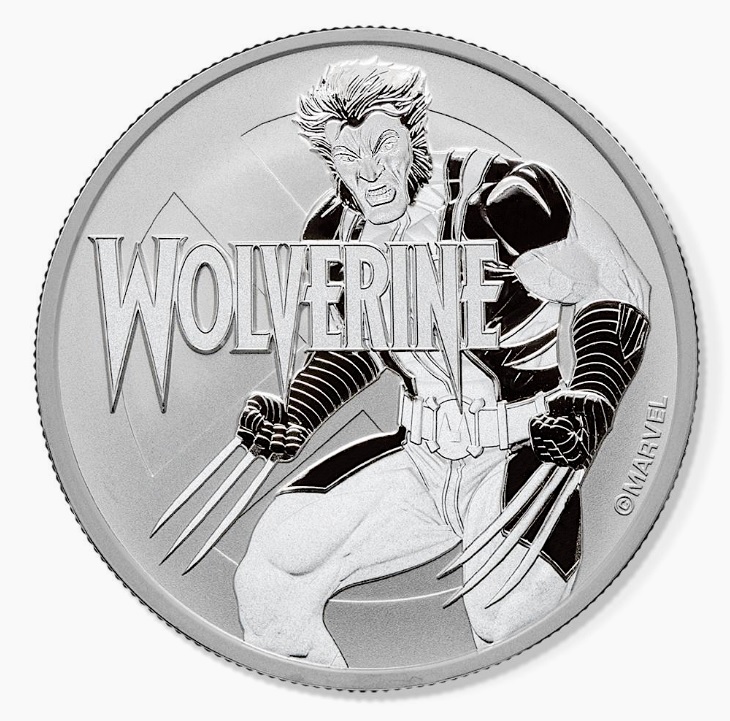 The Perth Mint produces the coins at their facilities in Western Australia on behalf of the Treasury of Tuvalu. The reverse side depicts the Wolverine in classic stance and with his trademark retractable claws. The logo is superimposed over the design and positioned towards the left side. Behind Wolverine is an X encircled signifying the X-Men team Wolverine is part of. 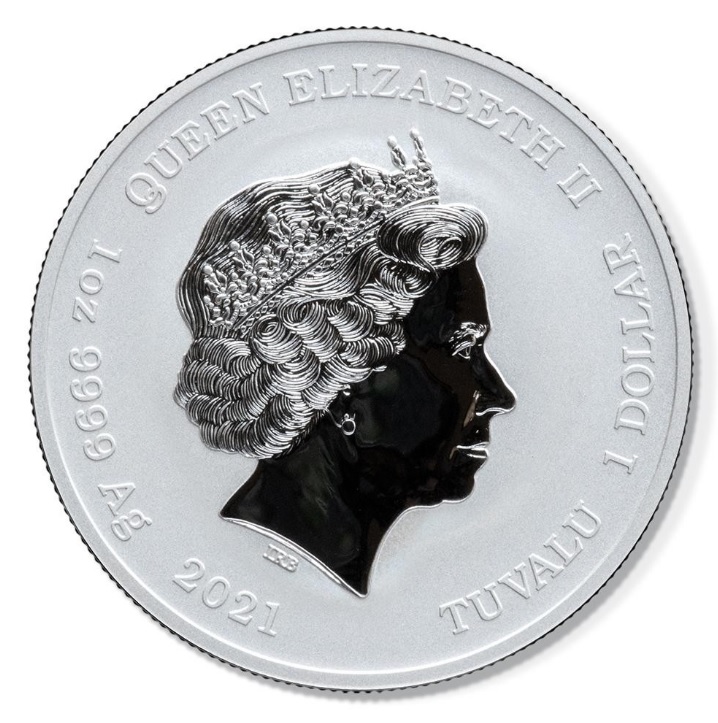 The obverse side includes an effigy of HM Queen Elizabeth II created by British sculptor Ian Rank Broadley. The coin’s denomination of 1 DOLLAR and authority of issue TUVALU including the coin’s weight and fineness, 1oz.9999 Ag, is also shown in the legend surrounding the Queen’s likeness. 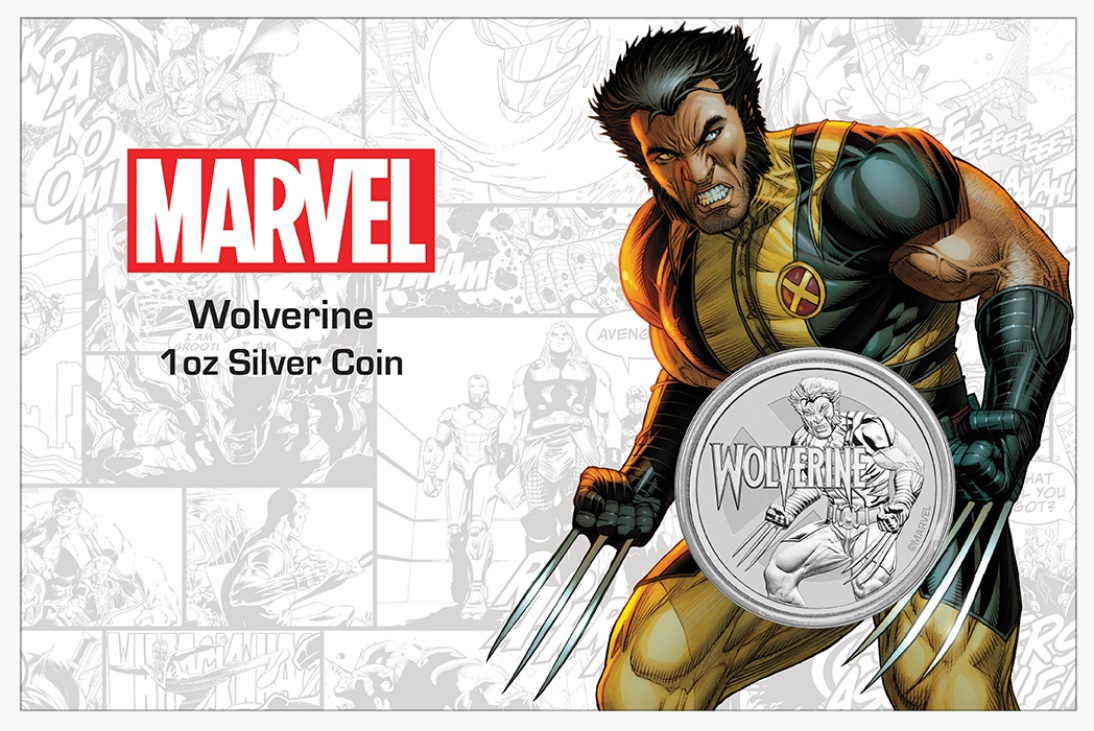 Each coin comes presented in a capsule and is sealed in rolls of 20, available from one to 500 pieces. This item is on pre-sale with an expected ship date of December 07, 2020. Your entire order will only ship upon the arrival of all pre-ordered coins. For more information, please visit the website of LPM.