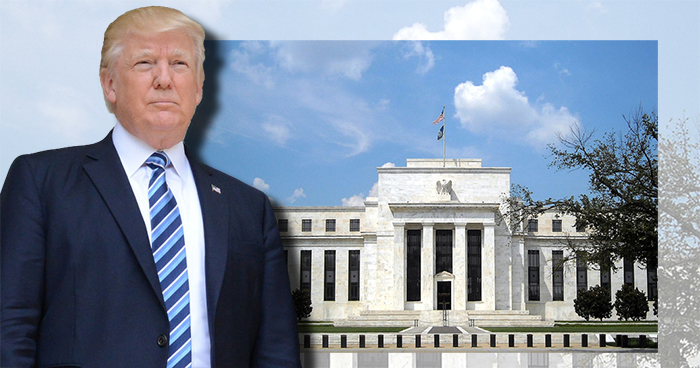 The following is a courtesy post from our sister site, Mint News Blog.

Most people know that a president able to appoint several Supreme Court justices during his tenure will have an impact on our country that far outlasts their presidency. However, presidents who have the chance to make major changes to the Federal Reserve’s board of governors can also have a disproportionate impact.

Due to a combination of the facts that Federal Reserve Chair Janet Yellen’s term expires in January and that a seat on the Fed’s board of governors opened after President Trump took office; another member’s term expired; and Vice Chair Stanley Fischer unexpectedly decided to retire for personal reasons (as he announced on September 6), Trump has what many experts consider an enormous opportunity to change the Fed, its monetary policies, and how it oversees banks. Plus, Trump will also be appointing a replacement for the president of the New York Fed, another key player, whose term expires January 2019.

As far as Yellen, Trump was critical of her and of the Fed’s quantitative easing policies after the Great Recession as well as of the Dodd-Frank banking regulation legislation, which the Fed under Yellen has embraced, during the 2016 presidential campaign. But since the election he has warmed to Yellen, saying he respects her and would consider keeping her at the Fed. So, it is possible that like every Fed chair since the late 1970s, Yellen could be offered a second term by a president from a different party, as was Ben Bernanke with President Obama, with the same pattern going back to Paul Volcker. (Continued below.) 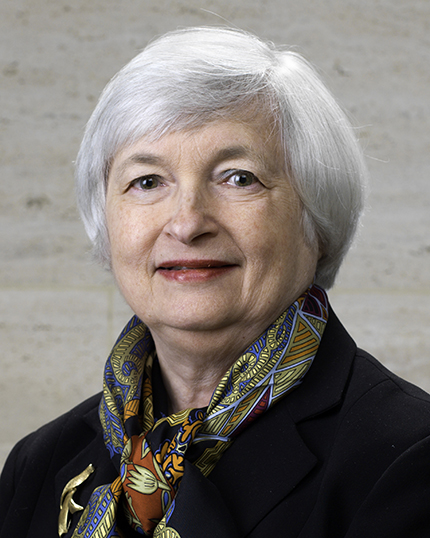 The widely respected British magazine The Economist just published an editorial suggesting that Trump should reappoint Yellen, arguing that “a second term for her would provide clarity about the Fed’s future direction and independence, and make the other posts easier to fill.” In addition, this is an especially delicate moment in the economic and monetary policy cycle, and having someone who has not just academic knowledge but years of real policy experience would, in the magazine’s view, help to avoid what could be very costly mistakes such as raising interest rates too quickly or too much, which could choke off the economic recovery.

As far as the potential candidates Trump might appoint to replace Yellen, initially there was considerable expectation that Trump would offer the post to Gary Cohn, his senior economic advisor and a former Goldman Sachs executive; but that now seems unlikely because of the president’s unhappiness about remarks Cohn made to the Financial Times criticizing the president’s response to the recent white-supremacist rally in Virginia.

If Trump does decide to replace Yellen, most economic experts hope that it will be with a traditional Republican/conservative economist rather than someone with truly radical views about the Fed’s independence and monetary policy, which could unsettle markets and the economy.

Fed watchers, as the Atlantic magazine recently explained, are now focusing on four people as possible Fed chairs under Trump: Kevin Warsh, a veteran of Wall Street who served at the Fed under President George W. Bush; Jonathan Taylor, a professor at Stanford; economist Marvin Goodfriend; and Glenn Hubbard, an economist at Columbia who has advised Republican politicians. What ties this group together is their criticism of the Fed’s recent policies, especially its expansionary monetary policy, and its increased regulation of banks and financial institutions.

Additional clues to Trump’s plans may come from the two appointments he has made, which have made their way through the Senate Banking Committee and are expected to be confirmed by the full Senate soon.  They include Randal Quarles as vice chair of supervision, who would oversee the banking system, and Joseph Otting as comptroller of the currency, who handles overseeing the operation of the largest banks.  Once Stanley Fischer leaves, which will be in mid-October, only three of the board’s seven seats will be filled.

While it is hard to predict how Trump’s Fed picks would act once on the board, they do seem to share some common goals, including potentially moving towards a more aggressive hiking of interest rates and reducing regulation and oversight of the financial sector.  In addition, a more conservative Fed would be expected to be less likely to utilize quantitative easing as a way out of a future recession.

But while Trump might seem to favor such Fed policies and orientations, it remains to be seen what would actually happen if such policies were pursued by future Fed members he appoints.  They might work, or alternatively might have harmful or unexpected effects on the economy and disrupt markets and lending, or the appointees might decide to follow the policies of their predecessors. It’s really up in the air at this point, especially since Yellen could be reappointed.

Even before the forthcoming changes to the Fed’s board were an issue, there were widespread expectations of another Fed rate hike in 2017, but recent softening of the economy as seen in job numbers and the initial economic impact of the hurricanes and tropical storms that devastated Texas, Florida, and other states seem to have put those plans on hold for the moment. All that could in theory change when Trump’s appointees are in place.

These issues are not simply wonky matters of concern to economists and those who follow these issues but are important to all Americans and especially to gold and other investors, for several reasons.

First, the current vacuum in the Fed’s board is viewed as dangerous for the economy and for democracy by many experts. For example, Sebastian Mallaby, an economic expert on the Council on Foreign Relations, said that when the Fed’s leadership is up in the air, “that could be unsettling to markets, so unnecessary melodrama around the Fed chair reappointment is going to be bad news.”

In addition, Wharton School of Business professor Peter Conti-Brown points out that “Vacancies are bad for the credibility and legitimacy of the central bank because it concentrates power in fewer hands, which is antithetical to democratic principles.”

Plus, if vacancies were to remain unfilled for an extended period—which could happen either because Trump does not make timely appointments or the Senate does not approve his appointments—that could produce dysfunction within the Fed, said Conti-Brown, and could leave the Fed without a quorum, which is required to do things such as lending during an economic emergency.

Most people interested in gold are well aware that monetary policy and whether it is tight or loose play a key role in shaping the outlook for gold prices.  If the Trump administration and the Fed in the coming years were to become substantially more hawkish, that would be a bad for gold and stocks, which tend to do well when rates are low. Low rates combined with low inflation, as we have had for the past decade, are a good environment for both gold and stocks, though of course other factors,such as supply and demand, are important as well.

Moreover, as an article from March in Politico explained, the gold standard could in theory return to the fore of policymaking under Trump because there have not been so many adherents of the gold standard with influence in the White House since the Reagan administration, which is when a committee was formed to study the idea.


Trump’s own views on gold and the gold standard, as discussed here in March, are unclear, as he has made some positive comments about the gold standard but has also noted it would be hard to implement, and he has not made any commitment to trying to bring it back. But several members of his transition team and top donors to his presidential campaign as well as individuals who were interviewed for the position of Treasury secretary all support the gold standard.

Most experts consider a return to the gold standard highly unlikely and unworkable. And it is worth remembering that the chances of a Trump-led push for the gold standard seem less likely now than they may have back in the spring, especially since the president has not made any recent comments on the issue.

At this point there are many question marks, such as whether Trump will reappoint Yellen or select a new Fed chair; whom he will appoint for vice chair and the other openings; what kind of monetary policies the Fed will pursue during the remainder of Trump’s term (which at least in theory should be based mainly on how the economy is performing rather than on ideological or policy preferences of the Fed’s governors); how much easing of banking regulation might occur and the impact that has on the financial sector; and how all of this will play out in the coming years depending on what happens to growth, jobs, trade, the dollar, and the budget deficit, which will shape the economic legacy of the current administration.