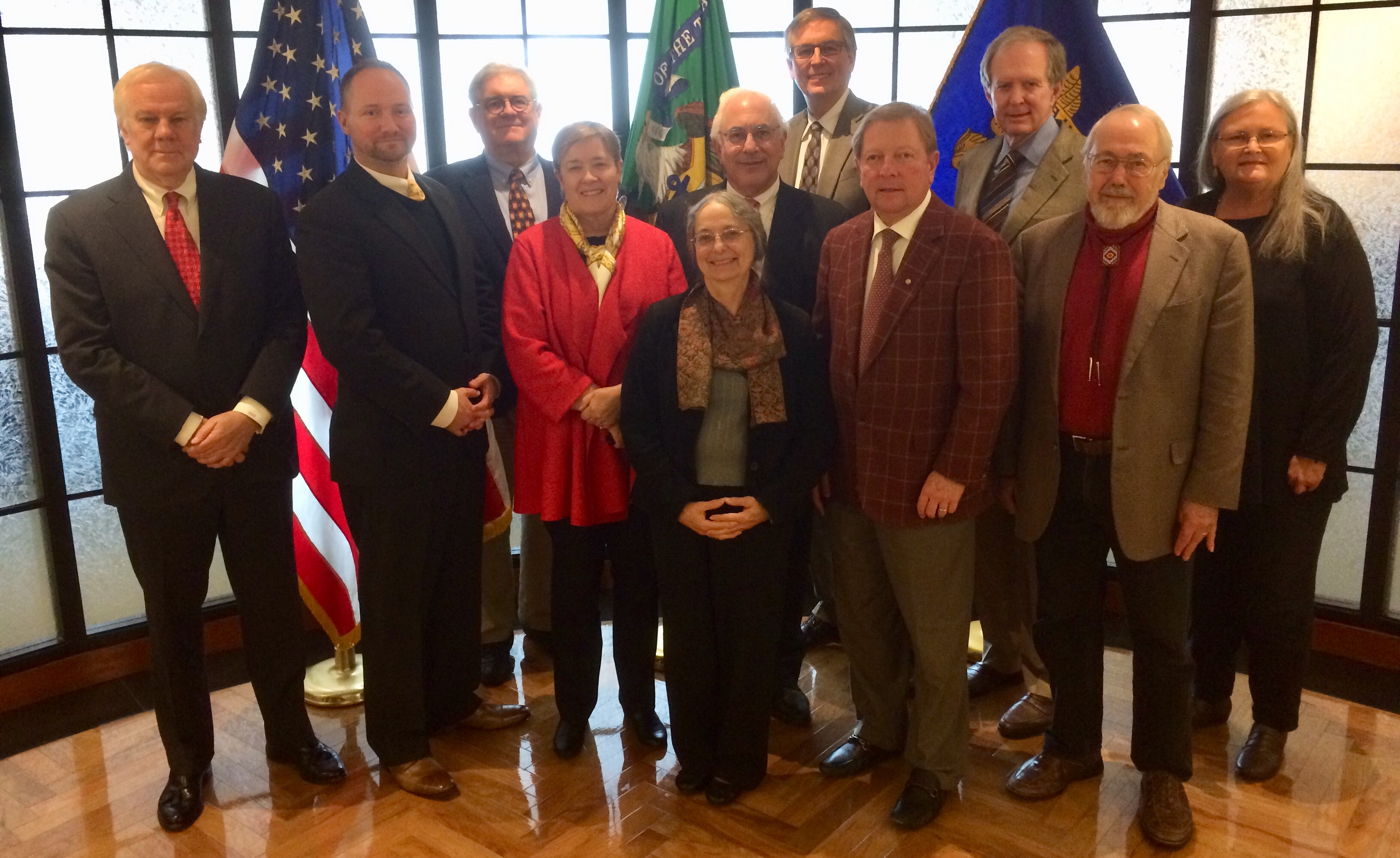 The CCAC at their November 2018 meeting at Mint headquarters.

Thomas “Tom” J. Uram has recently been appointed by Secretary of the Treasury Steven Mnuchin to succeed Mary N. Lannin as chair of the Citizens Coinage Advisory Committee (CCAC) for a term of one year. Lannin will continue to serve as an active member of the CCAC. Uram has been a committee member of the CCAC since 2012 and was reappointed again by Speaker of the House Paul Ryan. In addition to being appointed as the new chair of the CCAC,  he holds active roles as a governor of the American Numismatic Association (ANA) and president of the Pennsylvania Association of Numismatists. 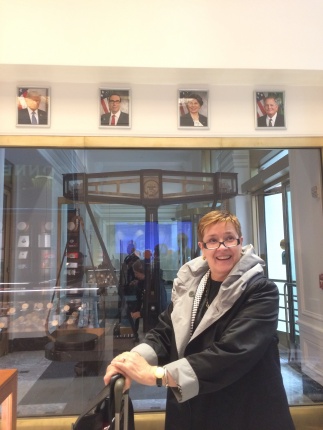 Mary Lannin in the Mint’s new gift shop on 9th Street in Washington.

I had the pleasure of communicating with Tom Uram by e-mail, wherein I briefly inquired about some of his interests regarding coin design:

Brandon Hall: What was your favorite coin or medal to help recommend a design for? 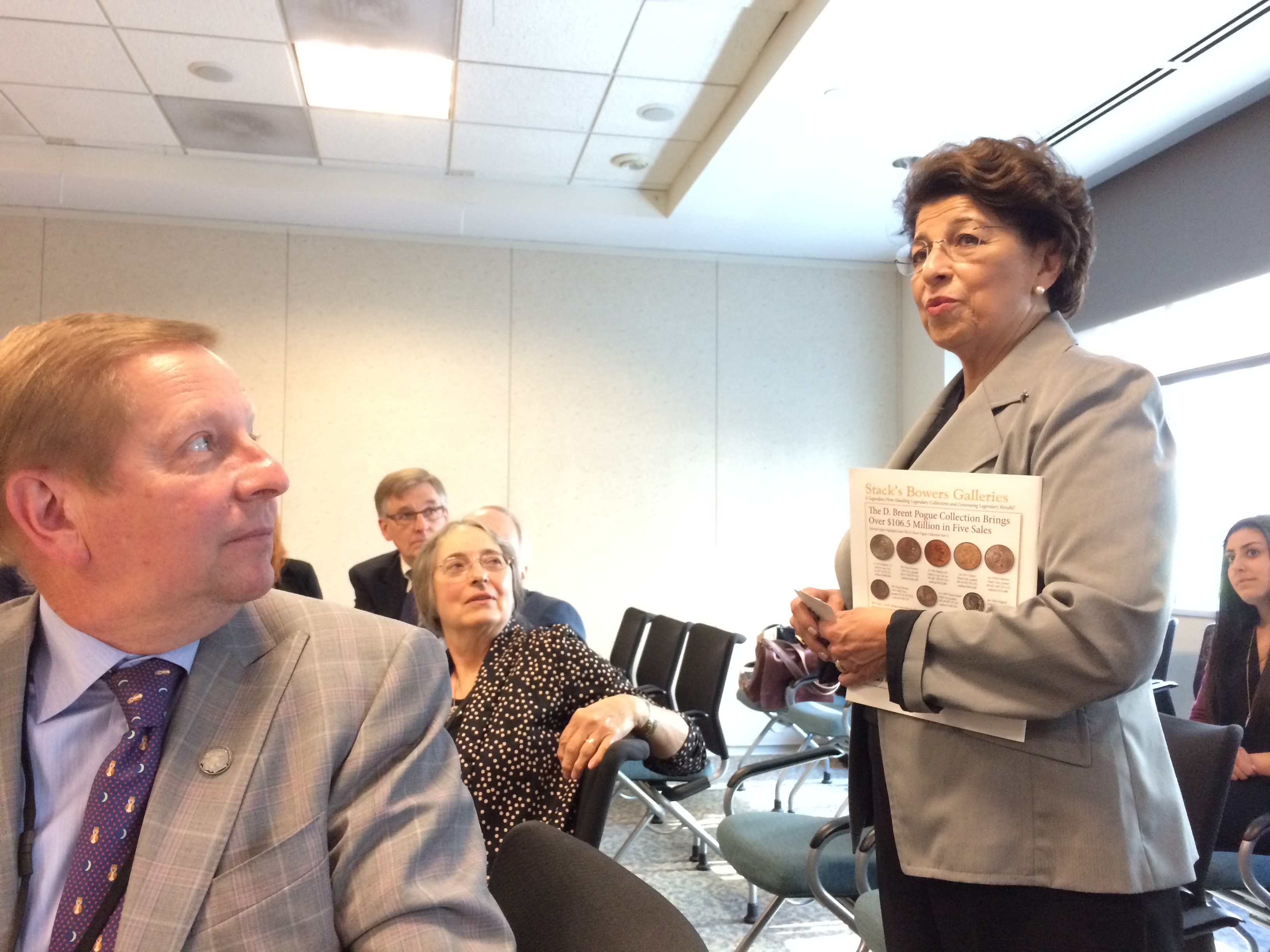 Tom Uram: It’s timely because I had the most influence on the selection of the Apollo 11 design. I was one of the three representatives from the CCAC who met with three other representatives from the U.S. Commission of Fine Arts. This was a unique selection since it was based on competition. I really felt the footprint was going to be the best design for all planchet sizes. It’s a super commemorative with the helmet on the obverse then the footprint on the reverse. We have the whole astronaut, head to toe.

BH: Are there any upcoming coins or medals that you are looking forward to? 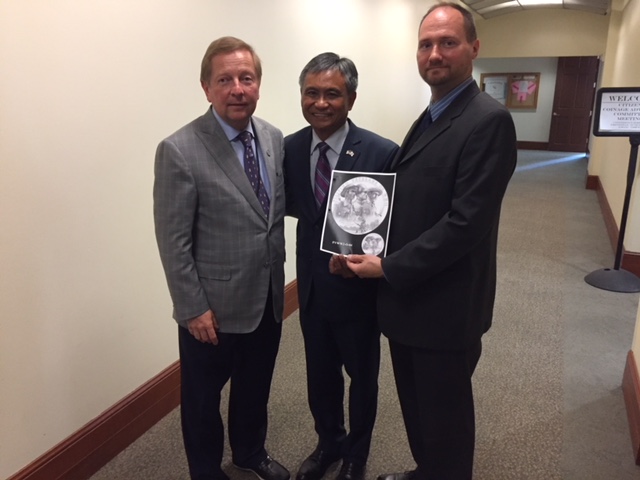 TU: I think the American Innovation series will be unique. The legislation does not allow for figures of people. So, it will really be interesting to see how each state selects its representations.

It’s always an honor to see and be part of the Congressional Gold Medals.

BH: Do you have a favorite metal when it comes to the design of coins or medals?

TU: My favorite metal, would have to be silver. Not that I dislike gold. But by working with silver in different minting processes, we can create beautiful designs with Proof frosting as well as Reverse Proof processes. We can really embellish the details as well. Silver is certainly at an affordable price point, compared to gold or platinum. Collectors have an opportunity to have great works of art by great sculptor-engravers and to hold history in their hands.


Tom Uram brings a well-balanced perspective to the CCAC, as he simultaneously functions as an exhibitor, an issuer of privately struck medals, a hobby-community leader, a design consultant, and most importantly — a collector. The person that first piqued his interest in numismatics in 1971 was his uncle, who introduced him to Gordon Doddrell of the Pittsburgh Coin Company. That same year, he also joined the George Washington Numismatic Association and in just a few years became the organization’s first junior member to be elected to the board of directors. Tom joined the ANA in 1974 and held his first exhibit as a junior in 1976 at the annual convention in New York. In July 2017, Tom was elected as a newcomer to the ANA Board of Governors for a two-year term, and since 2011 he has been certified as an ANA exhibit judge. Additionally, he holds a B.A. in business administration with a concentration in finance from the University of Kentucky and works as a financial representative, focusing primarily on long-term care, IRA’s, charitable giving, and life insurance.