The Treasury of the Island state of Niue have launched (11th July) two new coins which pay tribute to the “Old Continent” Europe’s most well-known and favorite travel destinations. 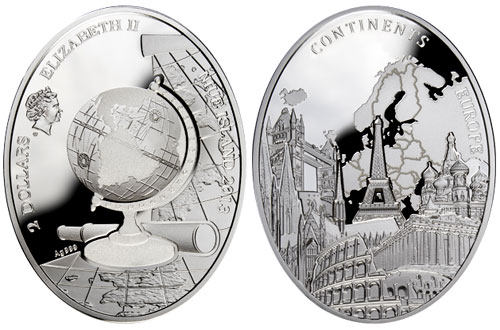 The two coins have cleverly and artistically blended the most familiar landmarks of six of Europe’s greatest destinations which include the Tower Bridge in London, St. Basil’s Cathedral in Moscow, the Eiffel Tower in Paris, the Coliseum in Rome, St. Stephen’s Cathedral in Cologne and the Parthenon in Athens. The buildings also reflect various styles of architecture and historical periods when the landmarks were built. Behind all of the landmarks, a map of the European continent can be seen.

The obverse includes attributes or symbols associated with geography, travel and discovery –that of a globe, telescope and a map. A small cameo portrait of HM Queen Elizabeth II is positioned to the middle left edge of these oblong or oval-shaped coins. 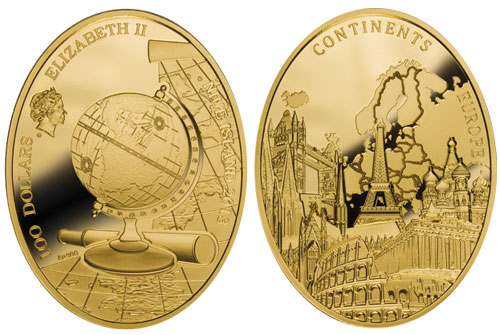 Struck by the Mint of Poland, Warsaw in both gold and silver to proof quality, the gold coin has a limited mintage of just 100 pieces.

For more information on these and other coins offered by the Treasury of the Island state of Niue, please visit the website of the Mint of Poland’s collector and retail service centre, Skarbeic Mennicy Polski at: http://www.skarbiecmennicy.pl/ Information is offered only in Polish and orders are dispatched to destinations in Poland.