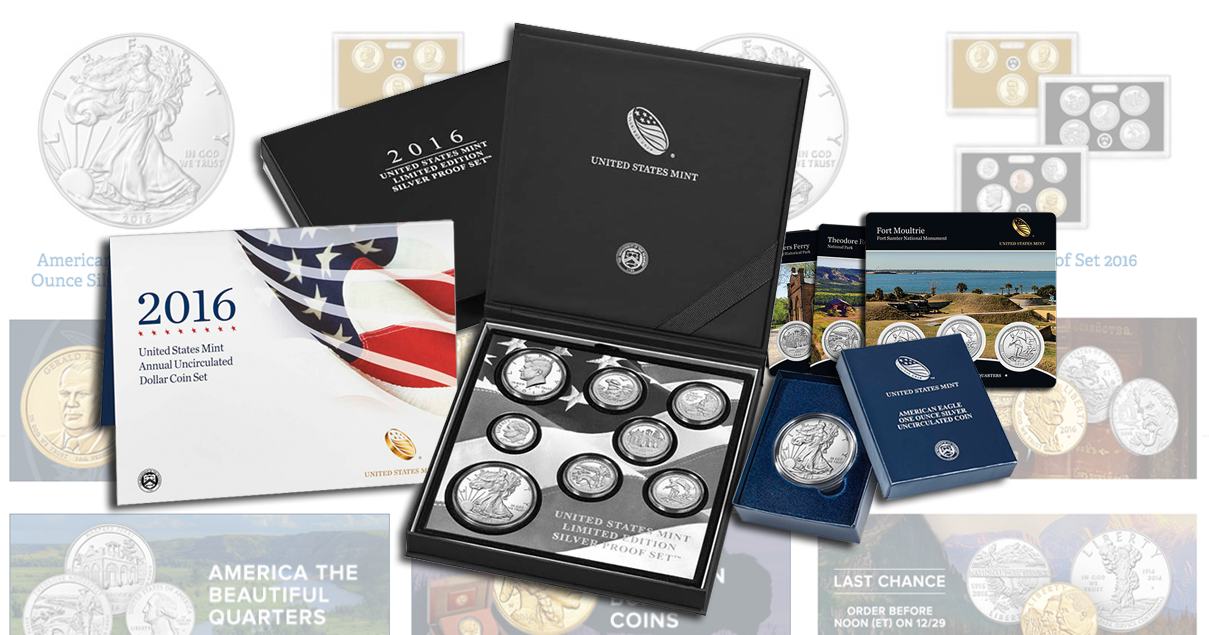 To many people it appears that the United States Mint has shifted away from its focus of producing circulating coinage for commerce in the United States and instead is trying to get as much money as possible from collectors by selling products at a large premium over face or bullion value. Some collectors have echoed concern about this as they are unable to purchase all products the Mint offers for sale due to the high cost of some of these items. Other collectors are concerned that the Mint is more focused on creating a profit for itself instead of providing collectors the opportunity to purchase items for their collections at reasonable cost. In this article I will give my opinion on the subject as an outsider, as I have not purchased any modern products from the U.S. Mint—either directly from their online store or from a dealer at a premium—for many years.

Traditionally, the Mint has issued numerous annual products, such as Mint Sets (containing one of each circulating coin produced that year at the Philadelphia and Denver mints) and Proof Sets (containing a single set that is specially struck with polished dies at the San Francisco Mint). In the 1980s, the Mint added bullion coinage in the form of the American Eagle program, and resumed the striking of occasional commemoratives (after a nearly 30-year hiatus). In 1999 the very successful 50 State Quarters Program was introduced; in 2010 it was replaced by the America the Beautiful (national-park quarters) Program, which continues to this day and includes 5-ounce silver versions of the same designs. The Mint also introduced the Presidential Dollar program and the First Spouse gold bullion coins to honor former presidents and their wives. These programs concluded this year after the Ronald Reagan dollar was issued. Other coins, such as the 2014 gold Kennedy half dollar and 2016 gold centennial versions of the Mercury dime, Standing Liberty quarter, and Walking Liberty half dollar are additional examples of recent products. Most (but not all) of these issues come in both Mint State and Proof format.

Many of the products mentioned above are also available in various forms of packaging. For example, in recent years, the Mint has released special birth-year, congratulations, and roll sets, as well as various other formats in which the coins have been offered. Generally speaking, there usually are at least a few dozen different designs issued across all denominations, and the total number of coins issued is even higher than that, thanks to different mintmarks and striking formats. With this large number of different products also come quite a few different price points, with some of the sets being relatively affordable at less than $30 apiece, and some of the bullion coins being priced well over $1,000.


The big question is, of course, whether this is too many products. I think we should get one thing out of the way first: no one is ever going to assemble a complete collection of United States coinage. Of course, Louis Eliasberg succeeded in this several decades ago, but he was around at the right time, and numerous major collections were offered for sale when he had the money available to buy the coins he needed. Still, even since he “completed” the collection new discoveries have been made, so even Eliasberg’s collection was not truly complete. My point is that completion should not be a goal for any collector these days. That said, personally I don’t complain of the Mint putting out too many products as it is unlikely that a collector could reasonably hope to acquire every single product released in a single year.

The commemorative coin program of the United States is relatively modest compared to those of some other countries (such as Canada, Australia, and various island nations in the South Pacific). These countries issue literally dozens (if not hundreds) of different commemorative coins each year. For example, just in 2016, Canada has struck and sold commemorative coins with such varying subjects as American football, Star Trek, Canadian flora and fauna, Superman, and of course hockey. These coins are not marketed to traditional collectors, but are instead marketed toward casual buyers of coins who are looking for a unique gift. While the coins are technically legal tender in Canada, they are sold at such a large premium over face value that it is highly unlikely they will ever be used for the traditional purpose of coins. In comparison, the U.S. commemorative program issues a limited number of coins each year honoring noteworthy subjects that are approved by Congress years prior to their issuance.

One much-discussed subject to consider is pricing. Even though I think the number of items the Mint offers is reasonable, I think their pricing leaves a lot to be desired. For example, some items, such as rolls of Presidential coinage, should (in my opinion) be offered at face value, as these are generally available from banks, and there is nothing special about them. Instead, the Mint’s website sells $25 rolls of the latest issue for $32.95, plus shipping and handling. It is extremely unlikely that in the secondary market these will ever be sold for a profit, and virtually all coin dealers that I am aware of will refuse to pay more than face value for rolls of these coins.

Commemorative coins as well as bullion coins (particularly numismatic versions in Proof format) are a different story. Usually part of the premium of commemoratives is apportioned to a cause that has been preapproved by Congress. The 2016 National Park Service silver dollar in Proof format, for example, is offered for $50.95, of which $10 is a surcharge to be paid to the National Park Foundation. With current bullion value being around $15, it means that after subtracting the cost of silver and the mandatory surcharge, the Mint is making a gross profit of about $25 on a $50 coin. Of course, design and production also cost quite a bit, but the $50.95 charge on such a coin is quite hefty. This is just one example; others can be calculated differently, but overall I think the Mint should be able to offer some of these products a little cheaper. Bullion coins always carry a small premium, but the premium on some Proof versions as well as on coins such as the 2014 gold Kennedy half dollar is quite high. The same goes for Mint Sets, which contain just regular circulation coinage in cheap packaging, yet the Mint is selling sets containing $11.82 in circulating coinage for $26.95. These sets are notorious for losing quite a bit of their value in years after their release, so one has to wonder if the Mint really ought to charge that much to collectors.

The final items to talk about are the Mint’s website and order limits. While overall quality has improved, http://www.usmint.gov is notorious for crashing during times of high demand, such as when a highly anticipated new issue is released. This often leads to disappointment when collectors miss out on new products and have to purchase them from dealers who were able to obtain quantities and offer them at an even higher premium than the Mint does. To help with this issue, for many products the Mint sets order limits, such as 1 or 5 per household. This sometimes seems to help, but in many cases people who want multiples for potential profits circumvent the limit by using many different cards or by having friends and family buy new products for them. While this of course can never be prevented, I don’t think it is a bad idea to have a standard order limit of just 1 per household for the first week, and if products have not sold out by then, increase this to 2 the second week, 3 the third week, etc. While I don’t think that would solve the problem entirely, I do think it would be a step in the right direction.

What are your thoughts on the modern United States Mint and its products? I’d be curious to hear input from other collectors, so leave a comment below and let us know your opinion. ❑
Share: