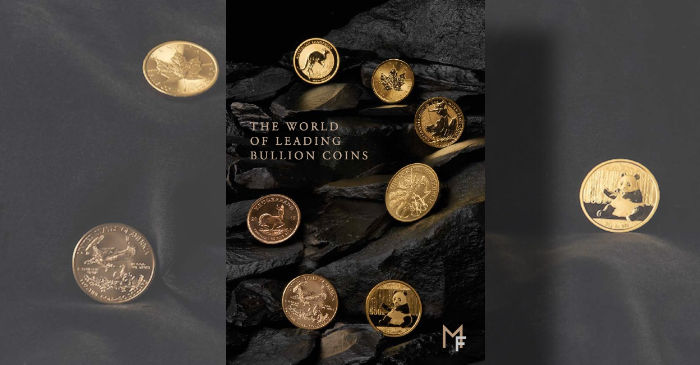 Metals Focus has announced the launch of it new reference book, The World of Leading Bullion Coins, at an event at the LBMA/LPPM Conference in Barcelona. The book was produced with the support of five sponsors—the Perth Mint, the Austrian Mint, the Royal Canadian Mint, the Rand Refinery, and the Royal Mint.

The World of Leading Bullion Coins details a historical account of each mint, including full-color photography of its complete suite of bullion coins. The mints in this book (the five sponsors, plus the United States Mint and China Gold Coin Inc.) represent the vast majority of bullion coins traded in the international market. The book also touches on why gold continues to resonate with the investor community and looks at some of the other ways in which coin investors can gain exposure to precious metals.

In addition to gold, The World of Leading Bullion Coins charts the development of silver bullion coins and the more recent additions of platinum, and, finally, palladium coins. Together, these help coin investors gain exposure across the precious-metal complex. Overall, many of these coins have had a notable bearing on consumption. Taken together, modern-day gold bullion coins have consumed some 5,000 tons (160 million ounces) of gold, while silver bullion coins have accounted for around 3,000 tons (over one billion ounces) of silver.

The modern era of the bullion coin as an investment began in 1967 with the launch of the 22-karat gold bullion Krugerrand. During the late 1970s and 1980s, the sector quickly grew to include the Canadian Maple Leaf (1979), the Chinese Panda (1982), the American Eagle (1986), the Australian Kangaroo, the U.K. Britannia (1987), and the Austrian Vienna Philharmonic (1989). In addition, the British Sovereign was re-launched in 1957, in response to the popularity of the one- and two-rand gold coins struck in South Africa (which were first issued in 1952). ⤵️


The fact that government-minted bullion coins are still relevant to investors and collectors today is a testament to the advantages that their ownership can bring as a portable store of value. These include direct exposure to the underlying precious-metal value, the integrity of the state-owned mints that produce them, the legal-tender status of many bullion coins, and the ease with which they can be purchased and readily sold as the need arises.

Philip Newman, director of Metals Focus, says, “These characteristics help explain the surge in investor demand for bullion coins during and since the last financial crisis, as investors shifted their focus towards precious metals in physical form.”

For a hard copy of the book, please contact one of the sponsoring mints or email Metals Focus at . A flipbook and PDF will also available to view on many precious-metals websites, including that of Metals Focus.