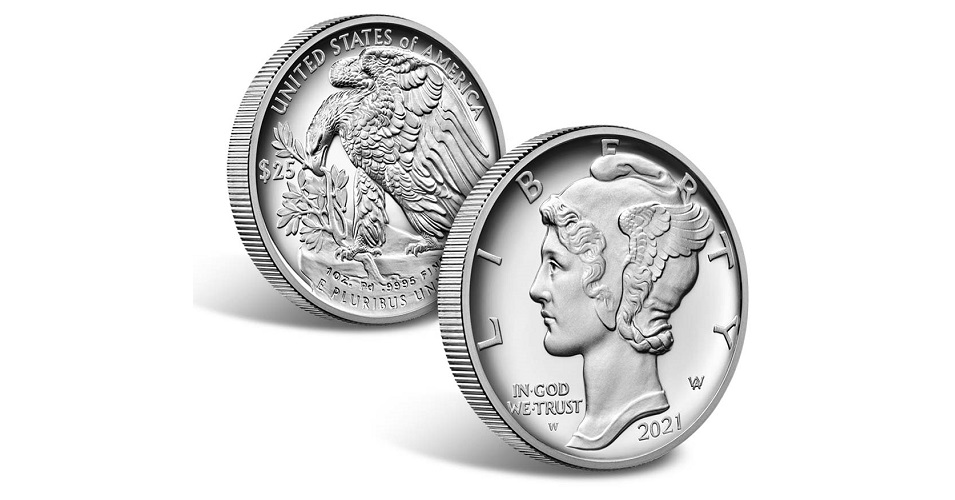 Last week, I was invited to virtually attend the Mint Roundtable Discussion of Key Initiatives, at 10:00 a.m. Wednesday, August 25. The stated purpose of this roundtable discussion in the invitation e-mail was to “keep the dialogue open, share information and obtain feedback regarding what you’re hearing from your readership.”

As stated in my initial article, I broke down the roundtable into two parts. In Part I, I shared the preface and opening commentary senior Mint officials gave, briefly covering a few of the issues Mint customers have brought up. Here, in Part II, I will be covering some key points and questions that Mint senior leaders and attendees made during the Q&A segment, respectively. Mint senior leaders attending the roundtable included Chief Financial Officer Kristie McNally, Associate Director of Sales and Marketing Matt Holben, Deputy Director for Sales and Marketing Kirk Gillis, and Mint Director David Ryder. After initial comments and concerns were addressed, the Q&A segment began, and it got off to a spirited start. 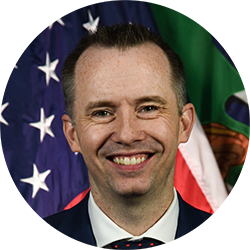 The first question asked, by Coin Collectors Blog writer Scott Barman, was about the Authorized Bulk Purchase Program. Barman pressed senior Mint officials to identify the 18 dealers involved in the program who have 10 percent of product set aside for them, and stated that he was determined to bring a FOIA request to demand transparency. Associate Director of Sales and Marketing Matt Holben took the question and answered that the dealers involved in the Authorized Bulk Purchase Program are private entities and, as such, would not be subject to FOIA requests. Barman rebutted this point by stating that contractor information would still have to be disclosed unless it was a matter of national security. Holben responded that such a question would be better directed toward their legal team, and such individuals were not currently present on the call to answer that inquiry. Holben did continue, however, and reiterated that the Authorized Bulk Purchase Program did help participating partners market more appropriately but also acknowledged that there are “commercial entities that exist, we all know who they are… that promote that behavior and create that industry.”

Following this heated exchange, a comment was introduced by ANA governor (and president of RoundTable Trading) Rob Oberth. He stated that after conducting surveys among his readers that the situation had improved from most people not getting a coin to most people getting their coins. Oberth transitioned this initial comment to his question, in which he asked if there would be continued improvements to refine the “tech in the background” to increase customer satisfaction. Holben responded by saying that Deputy Director for Sales and Marketing Kirk Gillis would answer and expected Oberth would receive this answer from Gillis directly. Oberth concluded by saying that he hears more positive reception and that while it’s not perfect, with some stating that they have not gotten their coins, the overall situation appears to have improved. 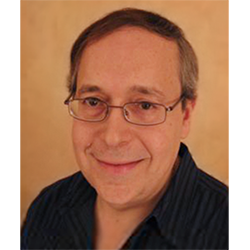 Louis Golino was the next in line. He stated that in the last two years, there’s been an increase in noticeable problems regarding the checkout process on the Mint website, such as frequent crashes, multiple attempts having to be made entering credit card info, etc. He pressed for improvements to be made in the checkout process to ease customer concerns. Holben broke down his response into two primary reasons for site checkout issues. The first reason is that the multiple systems running background processes each time a customer makes a checkout slows down individual transactions. Another, more obvious reason is that two years ago, the Mint had 100,000 fewer customers. Next, the floor was given to Director Ryder, who stated that since coming into the role of the Mint director three years ago, one of his primary goals was to increase the number of products. Director Ryder lauded the legislation that led to the creation of new American Eagles and Morgan dollars in addition to the new American Women quarters program. He projected these and other new programs would create “about $8 billion in new revenue over a 10-year period.”

Director Ryder then handed the floor to Deputy Director for Sales and Marketing Kirk Gillis. Gillis contrasted the Mint’s situation from two years ago to the one they find themselves in today, which is that back then, they had too much surplus product, whereas now they are experiencing a shortage in product. Concerning the website, Gillis said that problems were not just due to the increased inventory but to a “bottleneck” caused by the multitude of steps involved in product reservation. Gillis also stated that “up to 60 percent” of high-volume purchases on the site was due to bots and that the maximum processing power of the site on orders 18 months ago was 96-per-second, whereas now that has been increased to 217-per-second. He then described some initial legal hurdles to overcome in blocking scripted activity, but that they implemented the block by a prompt requiring you to “prove that you’re human.” Further improvements, Gillis said, could be made with the implementation of wait-room technology. 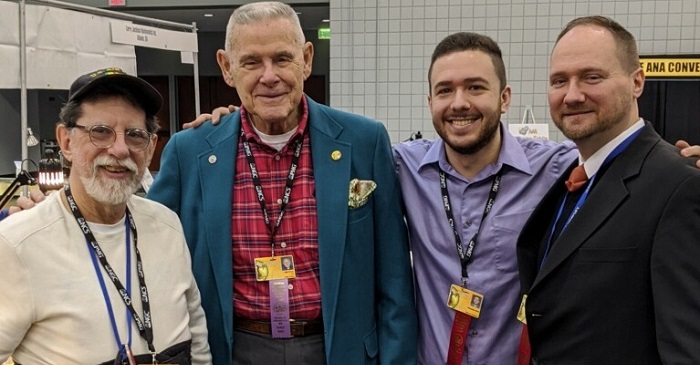 After Gillis finished his explanation regarding some of the more technical aspects of the Mint’s website, the floor was yielded back to the press, and it was between Rob Oberth and me to ask the next question. Rob kindly yielded the floor. Most of my questions on behalf of Coin Update and Mint News Blog readers had already been asked. My remaining question was about reader concern for palladium prices, particularly in relation to the launch of the 2021 American Palladium Eagle. I emphasized that concerns included a possible increase in palladium prices either before the launch of the 2021 American Palladium Eagle or right after, and what effect this may have on the cost of related palladium products. Holben took the question first and stated that such prices are dictated by the grid and quipped that he might have to consult the Mint’s “crystal ball” in the back. 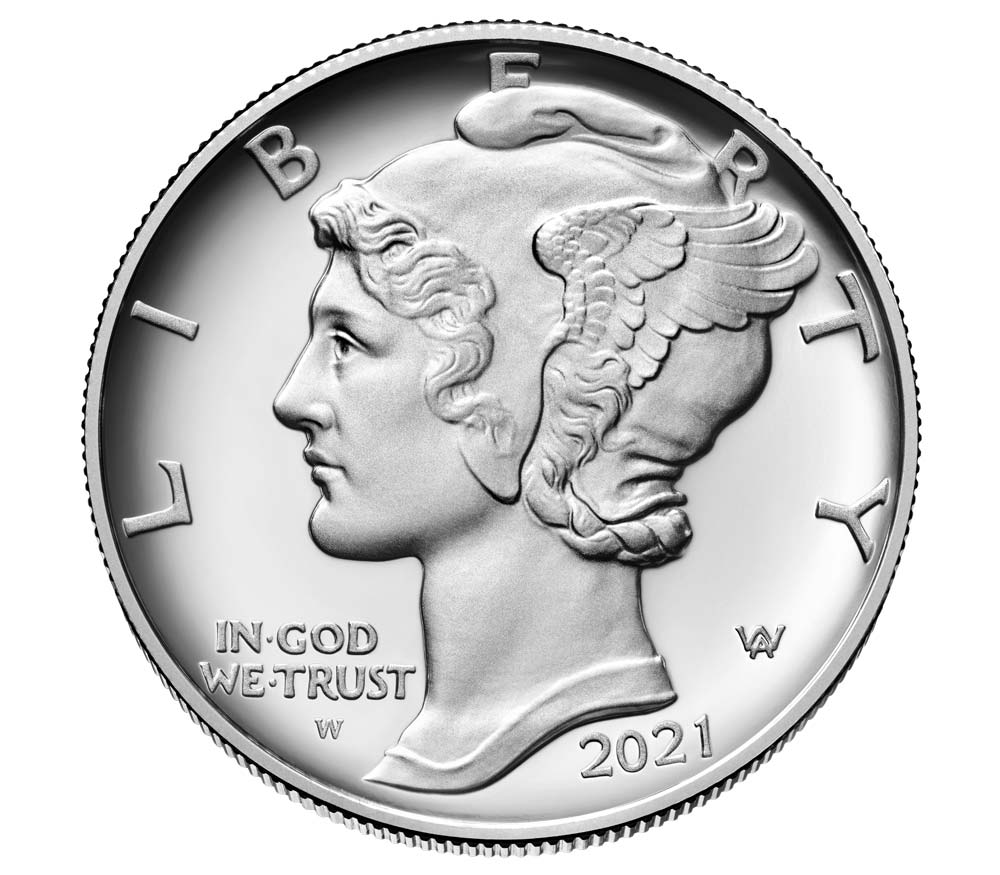 After noting the recent interest generated by palladium and platinum in the market, Holben mentioned that there were, at one point, discussions to discontinue products related to those metals and that prices may have to be increased for profitability purposes to keep them going. He then handed over the question to Chief Financial Officer Kristie McNally. McNally emphasized that the Mint has risk-reduction strategies regarding the profitability of these metals, which she said should be passed along to the customers. However, she also noted that there was no way to guarantee to customers that these prices would remain stable and that they still need to cover production costs. McNally qualified these statements, saying, “if I knew that much about the market, I would probably be rich. I can’t predict the future.” 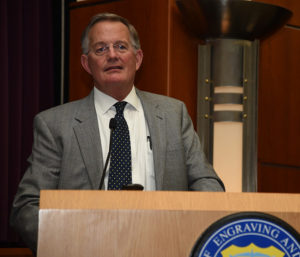 The back-and-forth between Holben and Barman resumed, as the latter pressed for contractor information regarding the checkout portion of the website. Holben said they would not disclose that information, and Barman concluded that he would “find a way around that” in a FOIA request. Barman insisted that the U.S. Mint is “making a policy decision in violation of FISMA.” FISMA is an acronym for The Federal Information Security Management Act, which was passed in 2002 and you can read more about the details here. Mint senior officials responded that Barman could bring these concerns in a separate legal forum rather than on the roundtable call, and Barman agreed. Paul Gilkes of Coin World then brought forth his question.

Gilkes asked if the Mint could improve its pre-order process, to which Holben responded that if the Mint puts out too long of a pre-order period, then cancellations and losses will occur to a greater degree. Holben continued that an increased pre-order period would also change their entire marketing model and that the Mint would have to put a cap on pre-orders whether “publicly or privately known.” Gilkes then pressed why it would take until October for orders to be delivered, and Holben answered that it was because they hadn’t “been manufactured yet.” Holben emphasized “significant high-water marks in demand for every product” being another contributing factor to delays.

For the most part, this concluded the Q&A segment, notwithstanding a couple straggling questions related to previous questions and answers. Director Ryder thanked the attendees for their participation in the roundtable and expressed his gratitude for this relatively new format of connecting more directly with the press and the readers of various numismatic blogs and websites. He also praised the recent successes in legislation passed for new Mint products despite challenges presented by the pandemic. Finally, Director Ryder announced his wish to have more roundtable discussions similar to this one and that the Mint hears the community’s concerns.

This virtual roundtable was very illuminating for me, albeit a heated one, at times. But as the saying goes, “There is no light without heat.”

The Mint Roundtable Discussion of Key Initiatives: Part I