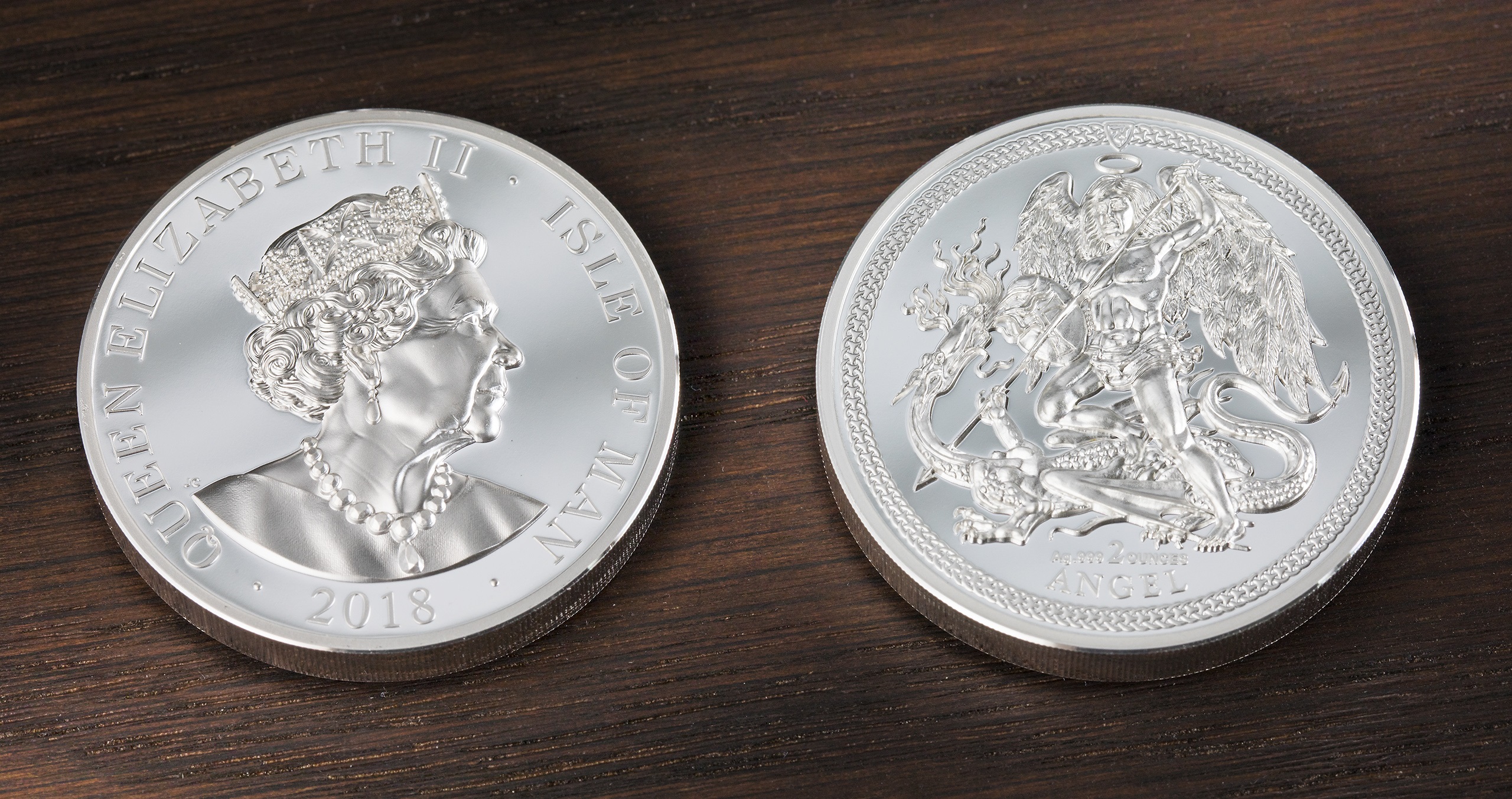 Description of the Coins 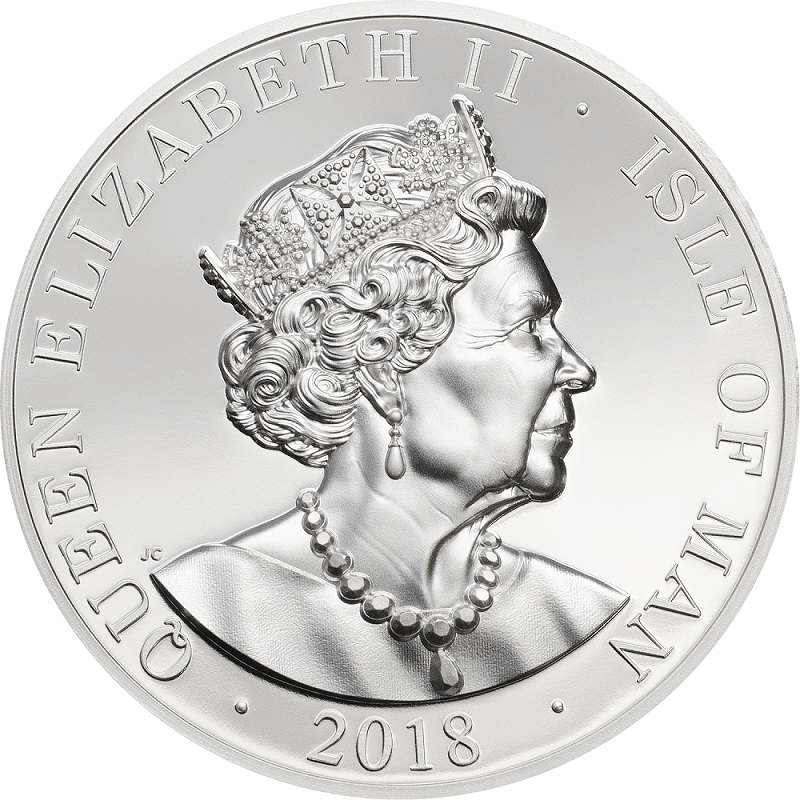 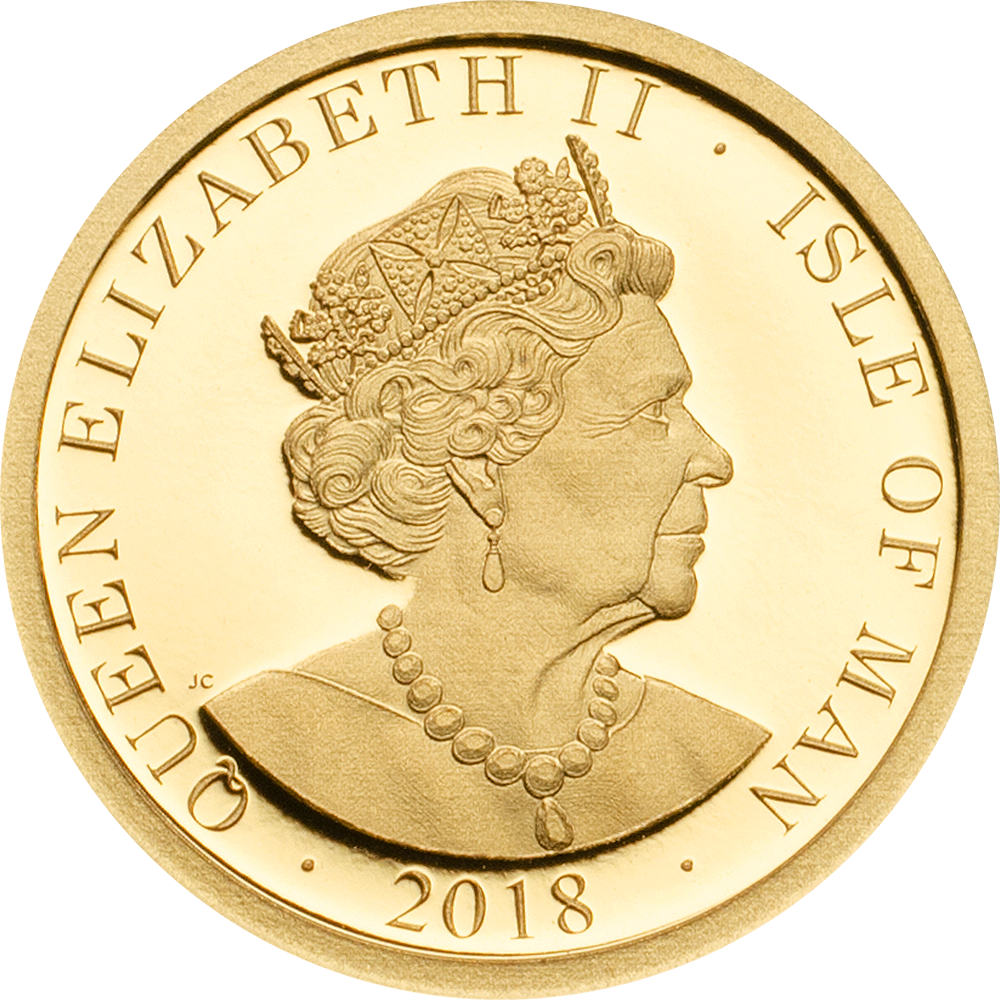 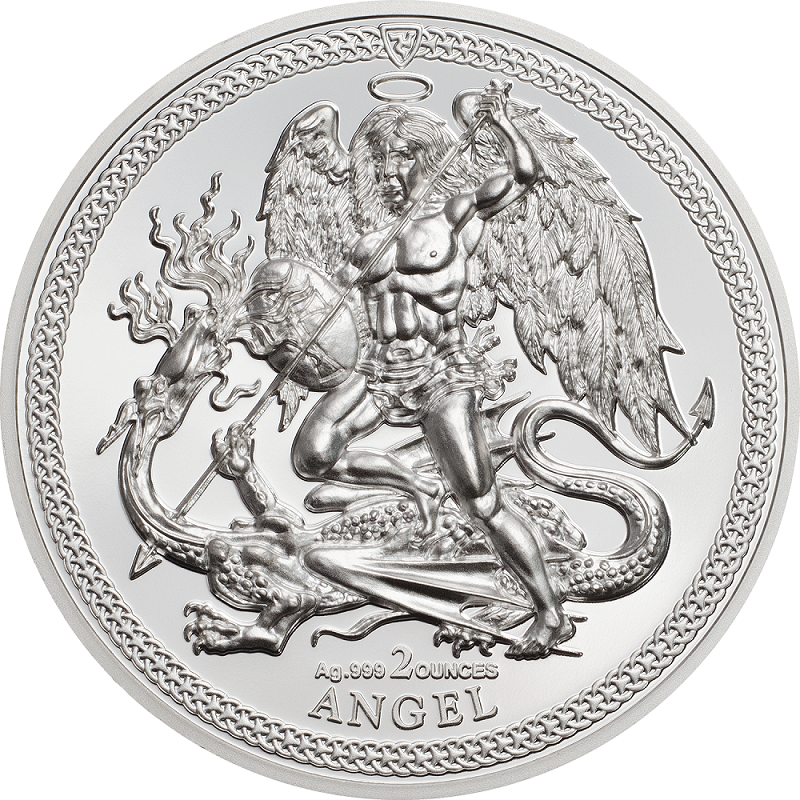 The reverse shows Saint Michael slaying the devil in the shape of a dragon. 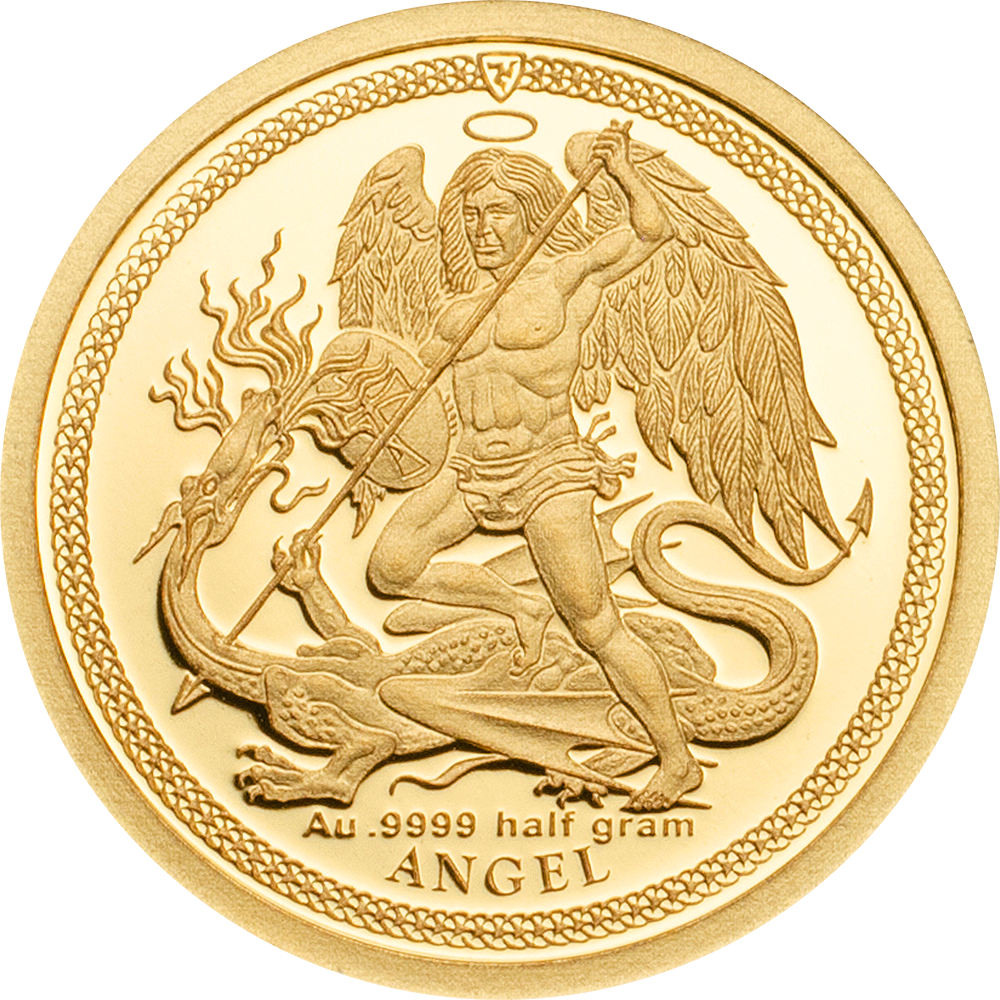 The design is framed by an elaborate border with variations of the island’s coat of arms, the triskele, which appears at the top above the angel’s halo. 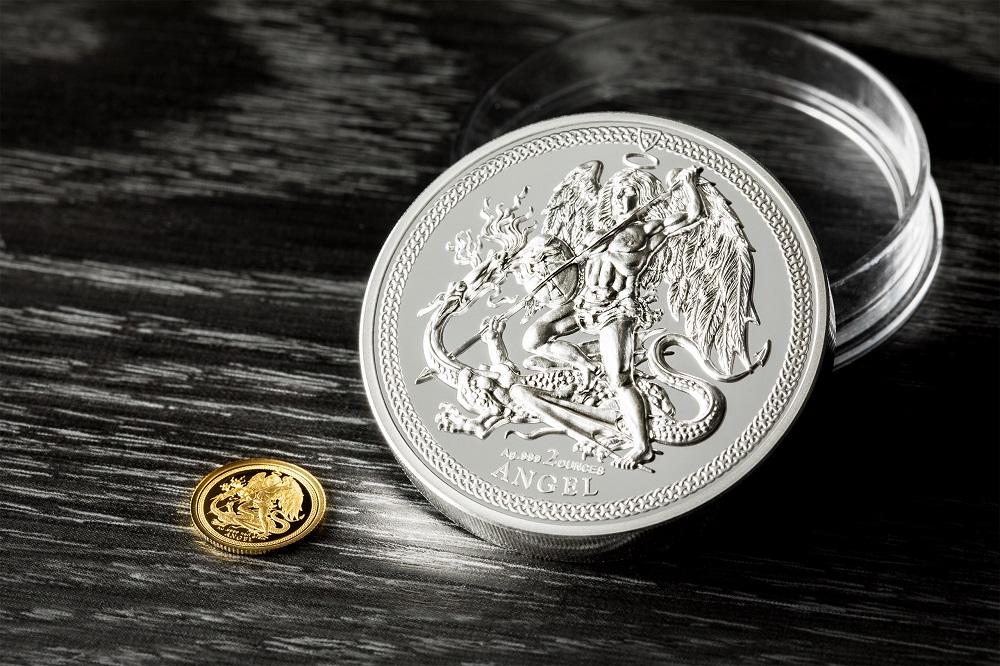 The Angel is the bullion coin of the Isle of Man, which, as a crown dependency, has its own minting privilege. On the obverse, it shows the Isle of Man’s head of state, Queen Elizabeth II, in the official portrait by Jody Clark. Its precursor, the official portrait of the Queen that was featured on all British coins between 1985 and 1997, was made by Raphael David Maklouf, who now has designed the reverse of the Angel in 2017 and 2018. 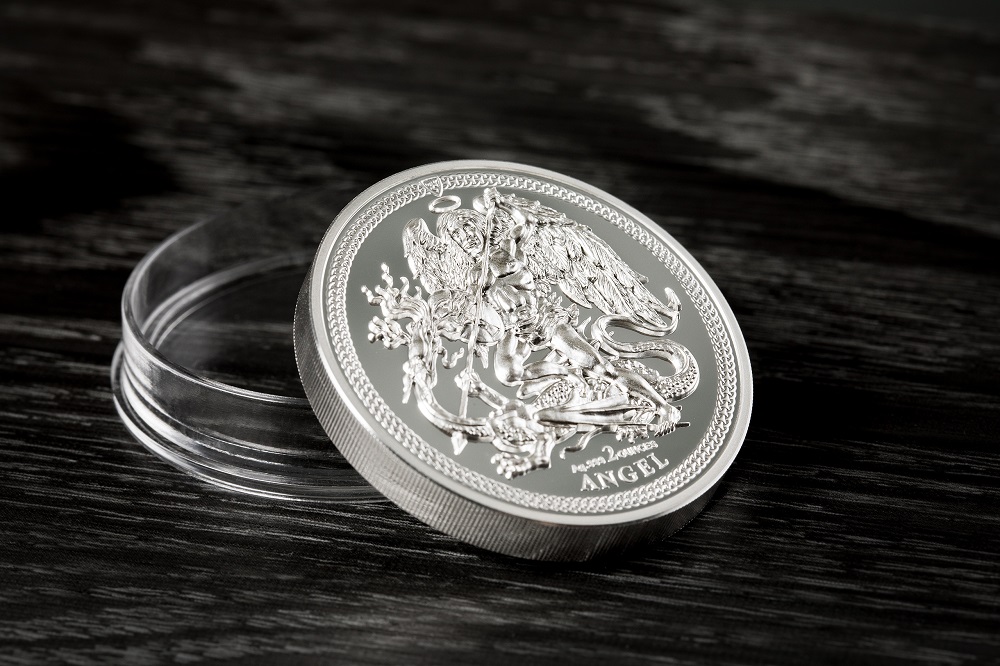 Raphael David Maklouf was born in Jerusalem in 1937. After the Second World War, he emigrated to Great Britain with his family. Since 1979, he has been an associate of the Royal Society of British Sculptors. Furthermore, he is the owner of the Tower Mint in London. Thus, Raphael Maklouf is one of Great Britain’s many immigrant medalists, who, like Benedetto Pistrucci, have influenced British coin design. In 2018-2019, they have a dedicated special exhibition at the British Museum. Saint Michael slaying the devil in the shape of a dragon is featured in smartminting technology high relief on the coin’s reverse. He is among the island’s most important saints. For the Manx people, he was the opposing part to the British Saint George. Not only numerous churches are named after Saint Michael, but also an administrative district and a small island, which today is an important bird sanctuary.

To get a better look at the coin, watch this video:

Further information about the two coins is available here.