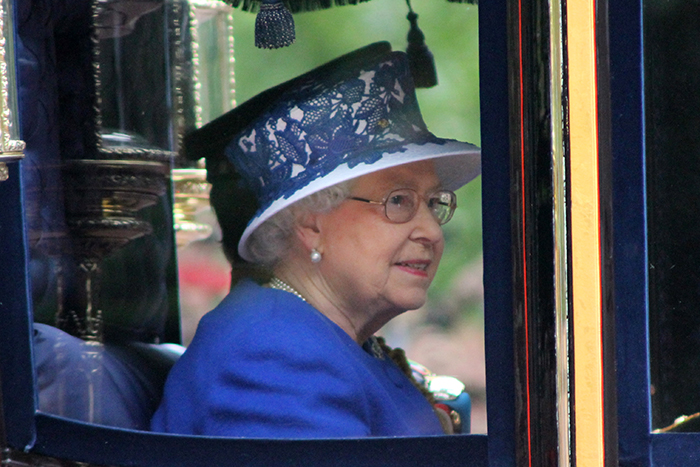 Over the years, 35 different countries—former British colonies, including 16 current members of the Commonwealth—have featured the Queen’s portrait on their currency. In fact, she holds the Guinness World Record for most currencies featuring the same individual:

As most British citizens (and any fan of the modern British film The Queen) is aware, the British government has protocols to manage the death of any member of the royal family with honor and dignity. The Queen herself, now approaching 91 years of age, has participated in the plans for events following her passing. Even so, as Business Insider UK put it, “The death of Queen Elizabeth will be the most disruptive event in Britain in the last 70 years.” In addition to the funeral and burial arrangements, the management of national mourning, and the events of the year leading up to the coronation of the new monarch, hundreds of changes will be made across the country. Among these will be redesigning the many official devices that are inscribed with her name, crest, cypher, and other emblems.

Most evident among these changes will be the change to British currency, which currently bears the fifth effigy of Elizabeth II, designed by Jody Clark. The United Kingdom reportedly has approved a portrait of Prince Charles that will be used on the nation’s currency when, barring unforeseen circumstances, he accedes to the throne. Money bearing the monarch’s portrait will go into production immediately, although the withdrawal of currency bearing the late queen’s portrait will be gradual.

The Commonwealth nations that currently depict Queen Elizabeth on their currency may elect to retain a royal portrait or reject it in favor of something else—in fact, it is widely suspected that many countries will opt to leave the Commonwealth all together. Citizens of many of these countries have for years been pushing to leave the Commonwealth and form independent republics. The relative unpopularity of Prince Charles adds a bit of fuel to this republican fire. Given that redesigning currency is an expensive undertaking, it is understandable that government treasuries may be silently taking a wait-and-see approach rather than planning new dies and printing plates in advance.

Australia is one country that has made no plans as yet. The Queen has graced Australian coins and currency for 64 years; yet, according to Australia’s News Corp, the Royal Australian Mint has made no plans to update its currency in the event of her passing. Neither has the Royal Canadian Mint—nor, according to the News Corp story, has the RCM received any requests from the governments of Fiji or New Zealand (for which the RCM manufactures coins) to start work on a portrait of the presumptive new king. 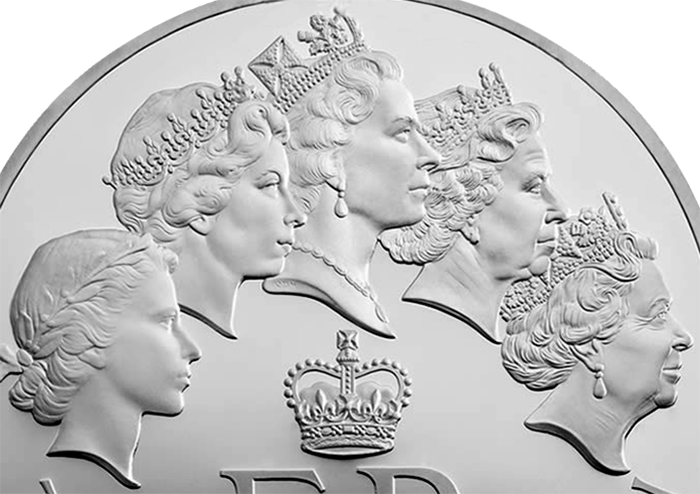 The five portraits of the Queen used on British and some other Commonwealth coinage, from her youth to the present day. The coin shown is among the issues celebrating her becoming the longest-reigning British monarch in 2015, surpassing the record set by her great-great grandmother, Queen Victoria.