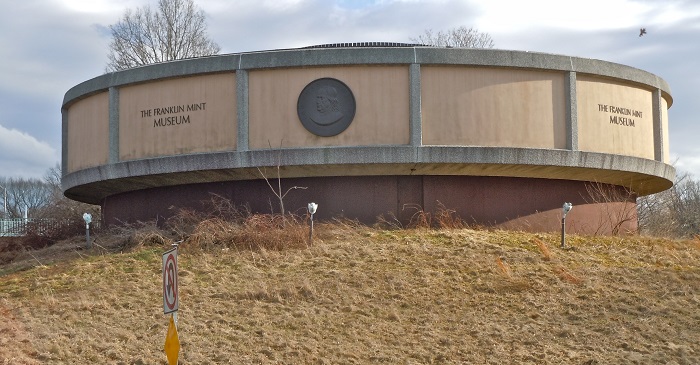 The since-demolished Franklin Mint Museum next to the former headquarters in Wawa, Pennsylvania.

On December 21, Joseph Segel, a lifelong entrepreneur, best known for starting two iconic businesses, the Franklin Mint and QVC home shopping network, among other businesses, died at the age of 88 of congestive heart failure in Gladwyne, PA.

For legions of American coin and medal collectors who came of age numismatically from the 1960s to 1980s, the Franklin Mint was a fixture of the hobby. Based in Wawa, Pennsylvania (outside Philadelphia), the company and its products were a staple of advertisements in newspapers and hobby periodicals for decades starting in the mid-1960s. The company, which later changed hands many times and no longer issues its own coins, but whose brand still exists today, was a significant commercial success during most of the past half-century with sales reaching over $1 billion in 2000.

But many of its collectible products were overpriced and eventually lost most of their premium over precious metal content, leaving its many customers dismayed at the amount of money they had lost. However, some buyers did well if they purchased silver items early on when silver was much less expensive than it would become over time, especially in January 1980.

Because the company produced such a dizzying array of coin and medal sets, for many collectors and observers of the hobby, it embodies the risks inherent in collecting too wide a variety of coins and medals whose secondary market value is uncertain. For example, the Franklin Mint issued a set from 1968 to 1976 that included a different medal for each year of American history from 1776 to 1975. A similar situation exists today with the coins of some world and private mints that are sometimes compared to those Franklin Mint, such as the ones issued by the Royal Canadian Mint.

This legacy also provides some important lessons for collectors — such as remembering that modern coins are best pursued for their aesthetic value to the collector rather than as investments and that it is essential to determine whether a two-way market really exists for the items you purchase. There are also lessons for the coin issuers themselves — with many private and world mints today facing an oversaturated market and weak after-market for many of their coins. There are, however, notable exceptions such as the art-themed coins issued in the past couple of years by Italian coin distributor Powercoin, which have seen considerable increases in aftermarket value, and certain other series. 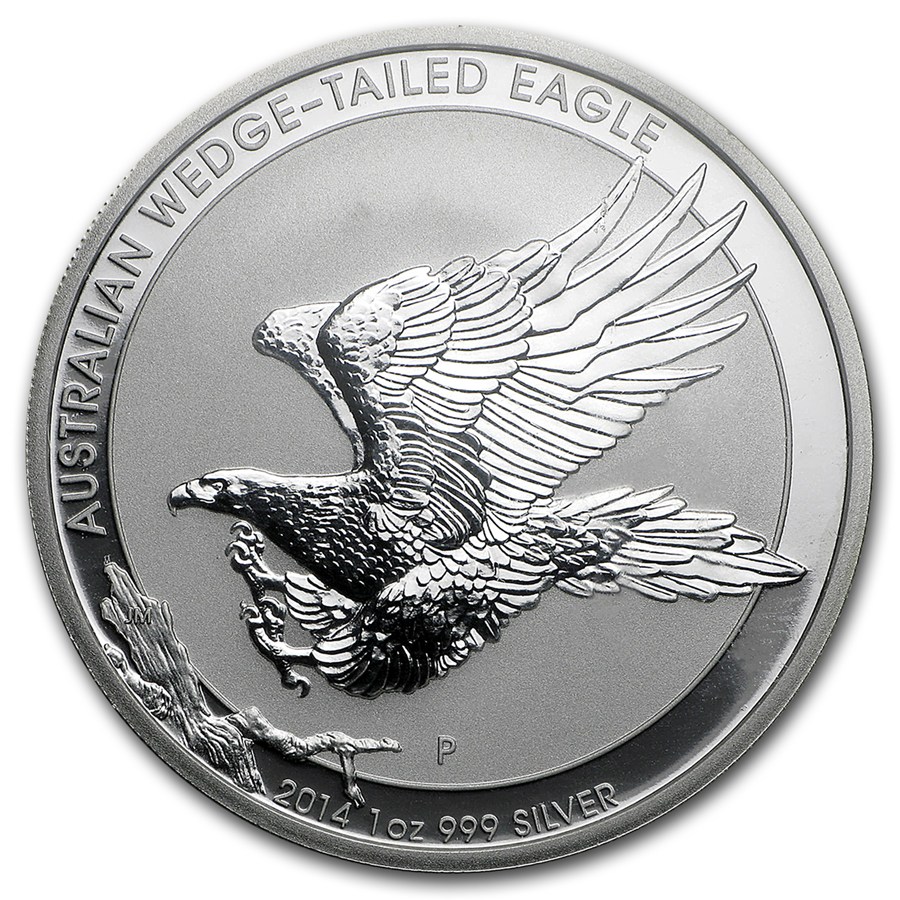 And the mint, which, in its heyday in the 1970s and 1980s, was the largest privately-owned mint in the world and had a half million subscribers to its monthly magazine. It helped pave the way for the explosion of non-circulating legal tender commemorative coins issued in recent decades. It also impacted modern numismatics by setting the precedent of legal tender coins being issued by a private mint on behalf of other countries — a trend that continues to grow as numerous companies that specialize in bullion and collectors coins develop partnerships with mints around the world. In fact, some of the most popular recent coin series such as the Australian wedge-tailed eagle that debuted in 2014 and just launched its fifth design by former U.S. Mint Chief Engraver John Mercanti came into existence this way.

In addition, the mint helped to increase interest in collecting medals, which had fallen out of favor with collectors during the coin craze of the 1960s, and it was the first to use silver that had been to the moon to produce coins, another practice that continues to be used today. 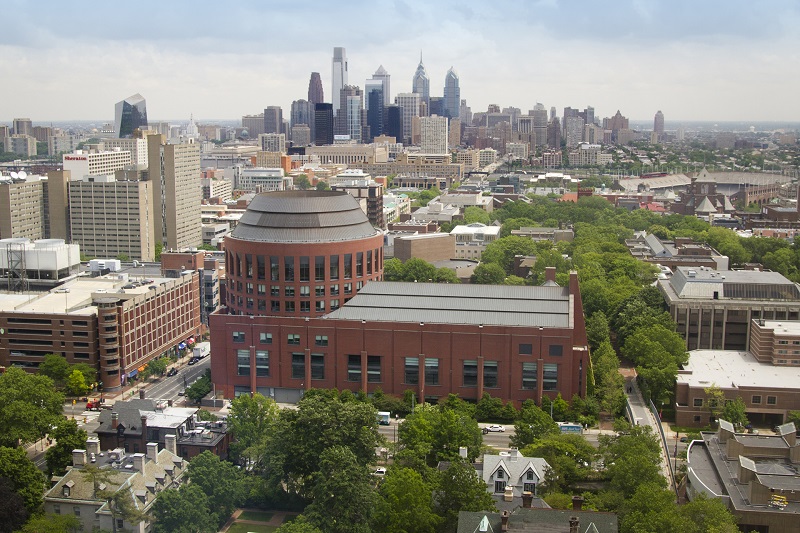 Joseph Segel and the Franklin Mint

Segel attended the University of Pennsylvania in 1951 but later dropped out after attending and briefly teaching at the Wharton School of Business to deal with his growing business empire. He was what his son Alan called a “serial entrepreneur,” who, over the course of his lifetime, created more than 20 companies.

Segel started his first enterprise — a printing business — at the age of 13. In 1964 he founded the Franklin Mint, which began as a division of General Numismatic Corp., after observing the American public clamoring for old silver dollars and other silver coins that were in their last year of circulation and disappearing from circulation.

Always an astute businessman who often saw trends before others did, he quickly picked up on both the public interest in acquiring older silver coins as they were about to be replaced by cupro-nickel coinage with no intrinsic value and the need for new gaming tokens to replace the Morgan and Peace dollars that had been used for decades at casinos.

Originally called the National Numismatic Society, his coin and medal business marketed limited-edition products made of precious metals (typically silver of .925 fineness, or sterling silver) aimed at a public with an interest in American history and national symbols. Each series would limit the number of subscribers and guarantee the same issue price for each item as the series progressed.

The company’s commercial success, including rising annual sales and a massive increase in the value of its stock, was based on several key factors. First, Segel had the foresight to purchase a large amount of silver bullion prior to the meteoric rise of the spot value of that metal in 1979-1980 and to hedge the metal later, which was essential when keeping the issue price of items stable over time. That would prove to be one of his best business decisions years.

In 1978 a devasting expose aired on “60 Minutes” by Morley Safer said that over 75% of Franklin Mint products were worth less at the time than their issue price. That led some to sell their collections at a fraction of their cost just before the massive escalation in silver caused by the Hunt Brothers in 1979-1980. When silver almost reached $50 an ounce, there was an enormous melting of Franklin Mint items.

Second, he was very aggressive in marketing his numismatic products in major coin publications and in the supplements to Sunday newspapers, which helped put the Franklin Mint on the map and keep it there. Segel was also a frequent presence at major coin shows like those of the American Numismatic Association.

Third, he hired Gilroy Roberts, then the U.S. Mint’s Chief Engraver (who designed the Kennedy half dollar) to work for the Franklin Mint and to design a 39-millimeter silver medal that depicted Benjamin Franklin on its obverse and a simple stock ticker on its reverse when the company was preparing to launch its initial public offering. Soon, he would enlist other well-respected figures within the numismatic community such as medal and token expert Virginia Culver. Also, many current or recent U.S. Mint or Artistic Infusion Artists such as Donald Everhart and Phoebe Hemphill were previously Franklin Mint artists for many years.

Fourth, in the 1970s and 1980s, the company began issuing legal tender coinage for other countries. Those foreign releases included the first gold coins that were legally allowed to be owned by U.S. citizens as a result of the 1974 loosening of anti-gold regulations. The first such coin was a 1975-dated Panama 100-balboas gold coin.

Early on, the company had issued coins for entities such as opposition groups and leaders in exile. As it expanded to legal tender issues for sovereign countries, it issued coin sets in large and small denominations in both bullion and collector formats for Panama, Belize, and many other countries in Central and South America, Asia, and other regions.

One of his attempted innovations was to issue coins and medals with right-side-up reverses rather than upside-down reverses, but he was not able to convince the U.S. Mint to make that switch. U.S. coins continue to be struck with the reverse image upside-down. 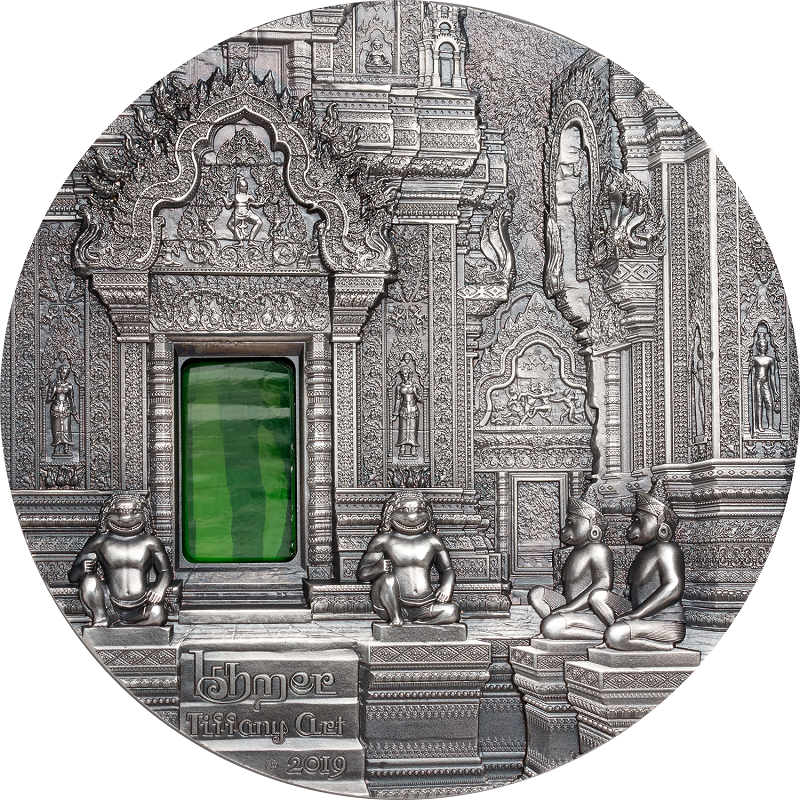 For collectors, the Franklin Mint legacy has reinforced the importance of having focus and discipline in one’s numismatic pursuits and not going off in too many different directions, which makes completing series difficult, and being careful about how much premium over metal value one pays for collector coins. There are certainly cases when one can rightly justify higher premiums — such as because one finds a particular piece exceptionally beautiful, or because it is a series that has a track record of price appreciation such as the Palau Tiffany Art series. But doing so too frequently tends to result in holdings that lose a lot of value unless there is an explosion in precious metal spot prices.

For those who issue and produce NCLT coinage, the Franklin Mint legacy also drives home the importance of being careful not to oversaturate the market for one’s own products by issuing too many coins and too many series, and by issuing too many different variants of the same coin. This is something the Perth Mint arguably did with its wedge-tailed eagle series, where there simply are not enough buyers of some of the many versions of each year’s issue, which has led to lower secondary values for many of those coins in recent years.

Finally, the Franklin Mint story shows how essential it is that there is a real two-way market for collector items. In 1967 Segel explored the possibility of setting up a referral service for collectors looking to sell items with buyers for them, but the idea was abandoned, as Mr. Alexander explained in his 2018 piece. In 1979 after Segel had left the company in 1973, the company started a service that for a fee matched interested sellers with interested buyers of its collectible products, which in addition to high silver and gold prices, helped stabilize the market for those products.

Later the company branched out into many other areas such as porcelain objects, jewelry, dolls, and much more, as it changed ownership many times. Today, the brand still exists after having been purchased by Sequential Brands Group based in New York City, but the era when the Franklin Mint played an essential role in creating modern coinage is now part of history.

Milk Spots on Modern Silver Coins: How Big of an Issue?