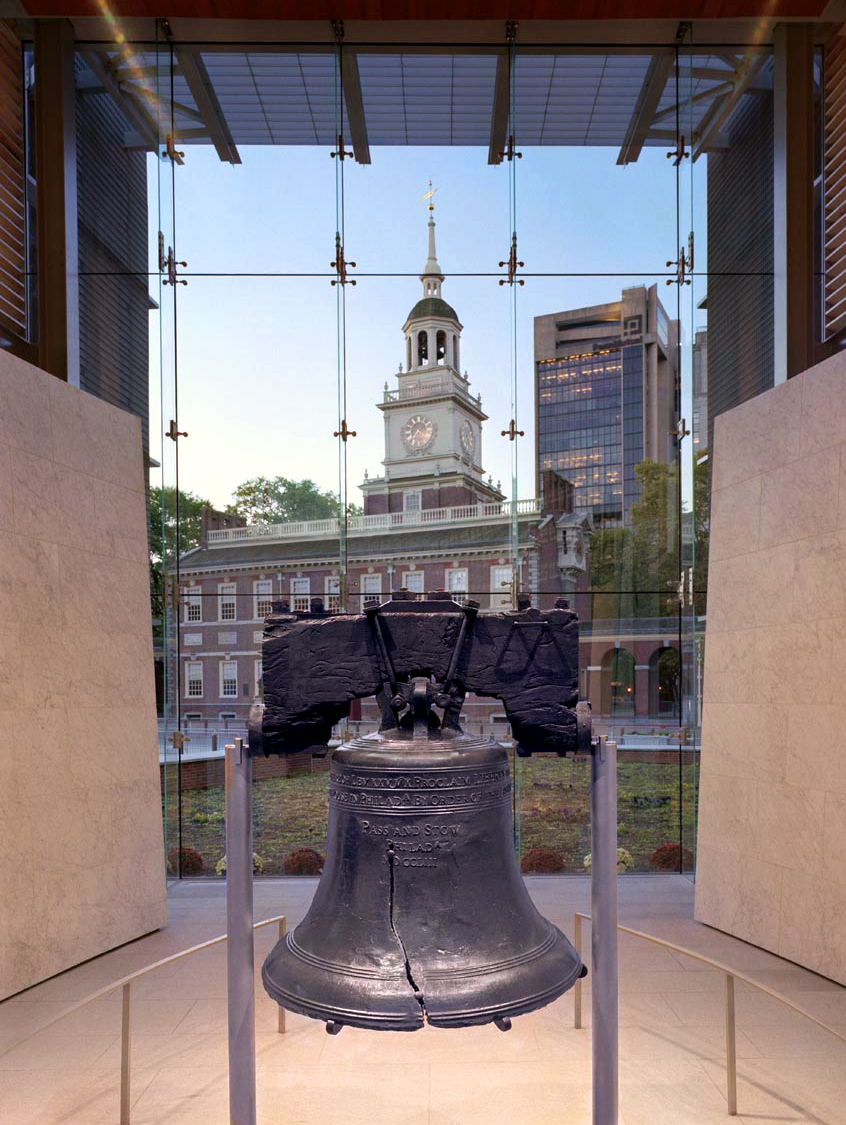 There’s something magical about the American Numismatic Association World’s Fair of Money. For most collectors and dealers, this is the biggest “coin show” of the year. I put coin show in quotes because it’s about so much more than just coins. Paper money, medals, tokens, and other numismatic treasures, educational seminars and entertaining talks, creative exhibits, and eye-dazzling displays are all front-row center and a mile deep at the ANA’s summer show.

What more could you ask for?

Let’s see. How about:

For icing on the cake, this year the ANA’s host city is Philadelphia, home of the first United States Mint (the wellspring of American coinage for more than 225 years), and the cradle of American liberty. Step outside the Pennsylvania Convention Center for lunch and you’re surrounded by history. 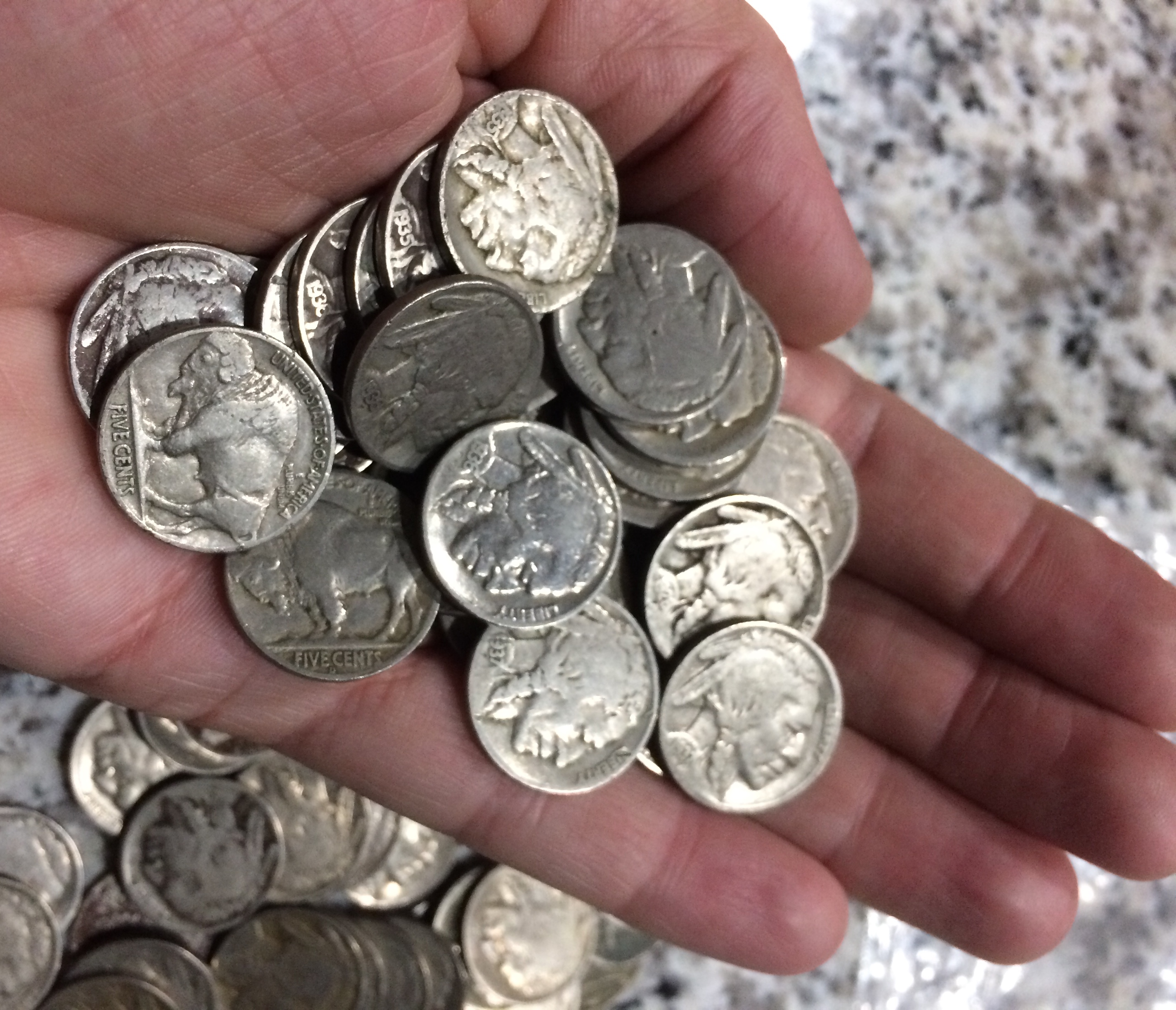 Regular readers of my show commentary know that I always pack a bag of Buffalo nickels to “send into the wild” during my travels. Can a strange and wondrous coin found in pocket change inspire a new hobbyist? Will an imagination be sparked by one of these well-worn but still majestic old nickels? Many thanks to my friends at Twery’s Rare Coins of Greenacres, Florida, for supplying a herd of buffaloes for my bison-satchel.

My trip started numismatically enough: I used a handful of Presidential and Susan B. Anthony dollar coins to buy my MARTA train ticket to Hartsfield Jackson International Airport. The trip from Atlanta to Philadelphia was pleasantly uneventful—but a flight delay threw off my afternoon’s planned activities. This was frustrating because every minute counts at the biggest show of the year!

I’d planned to attend the general meeting of the Token and Medal Society. I’ve collected “exonumia,” as tokens and medals are often called, for almost as long as I’ve collected coins. Unfortunately, my delayed flight kept me from the meeting. Next year maybe I’ll fly in on Tuesday. 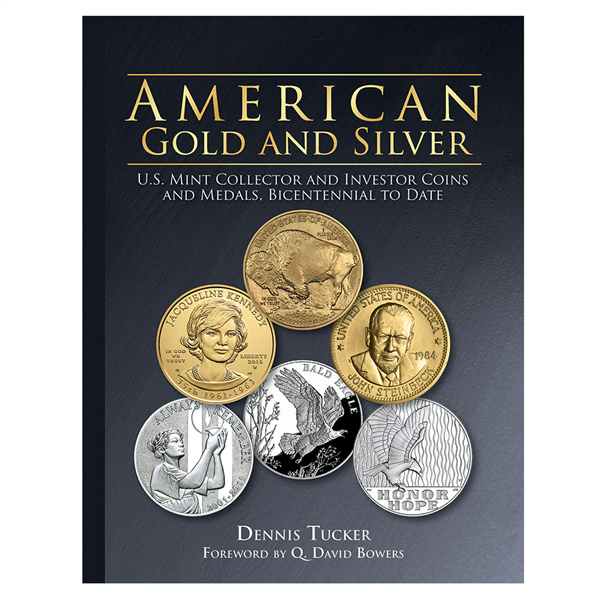 If you collect medals, I think you’ll enjoy my book, American Gold and Silver: U.S. Mint Collector and Investor Coins and Medals, Bicentennial to Date.

At the Whitman Publishing booth, award-winning authors Q. David Bowers and Roger W. Burdette talked with collectors and signed copies of their books. Dave had spent the morning in Room 113-C at the lot viewing for the show’s auctions by Stack’s Bowers Galleries. Roger and I caught up on his latest research and talked about Treasury Department archives and records. 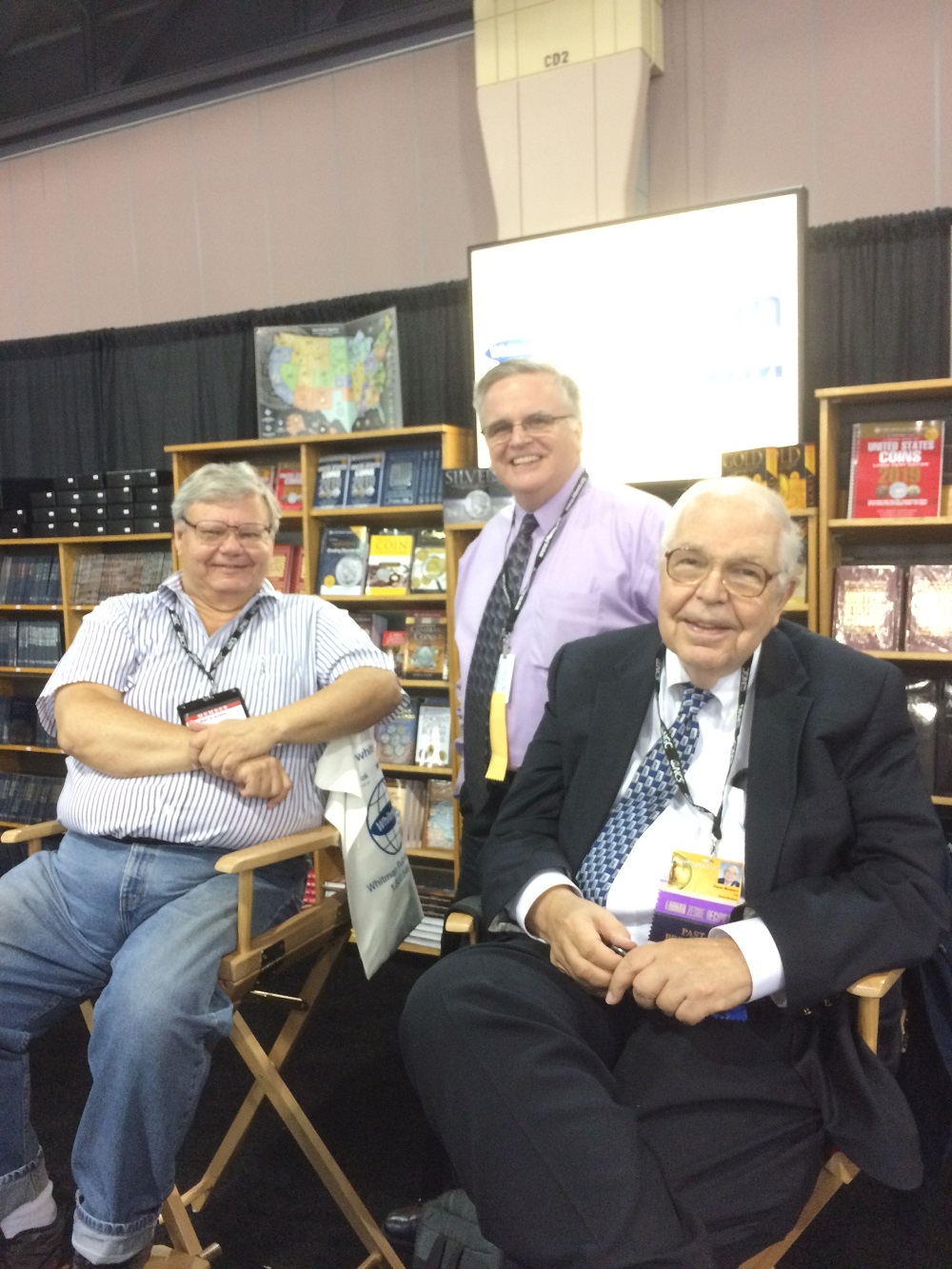 The Whitman booth was a center of activity and hobby dialogue, as always. I spoke with gold specialist Ross Johnson about modern coin design; Citizens Coinage Advisory Committee (CCAC) member Mike Moran stopped by and joined the conversation; Red Book Editor Emeritus Ken Bressett and his son Phil mingled among collectors browsing the latest books. Numismatic researcher and curriculum developer Karl Newman chatted with some of Whitman’s authors about his University of Rare Coins program. Joshua McMorrow-Hernandez, editor of the Coin Dealer Newsletter, shared thoughts on the rare-coin market and bounced around some book ideas. Other hobbyists showed off their coins and paper currency, posed questions to Bressett, Bowers, and Burdette, and visited with other friends. 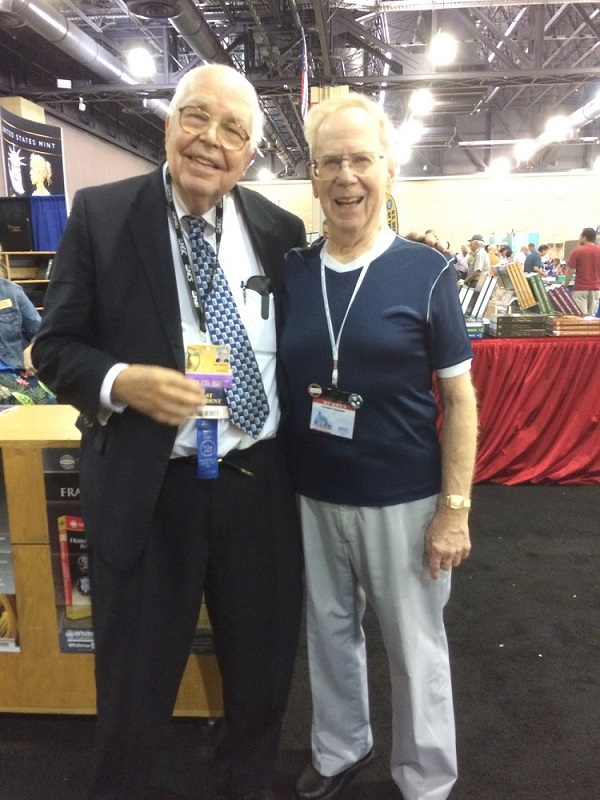 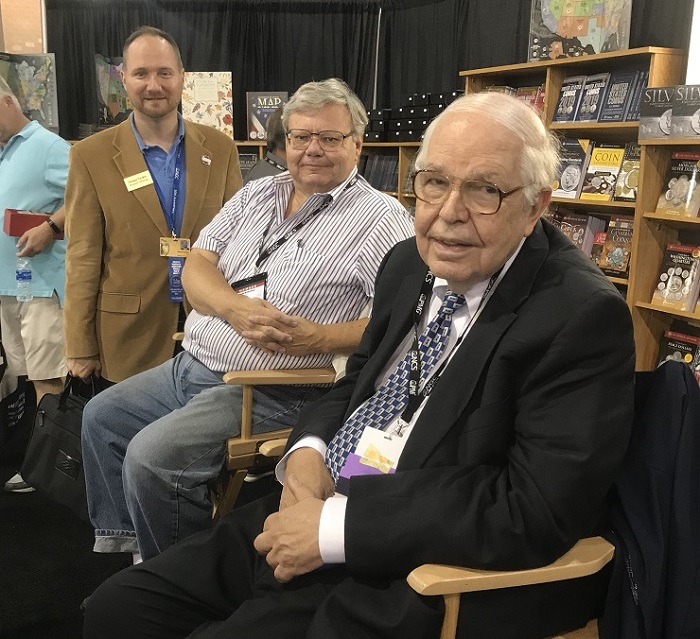 Later in the afternoon Coin World led an open-forum discussion on moving the hobby forward. If I could clone myself, I would have attended. If you went to this forum, tell me and our readers about it in the “Comments” section below.


I talked with Mint Director David Ryder, whose knowledge, enthusiasm, and management style bode well for the future of the bureau, and had a wide-ranging conversation with numismatist David Tripp and Mint senior legal counsel Greg Weinman about, among other things, the famous (and infamous) 1933 gold double eagles. 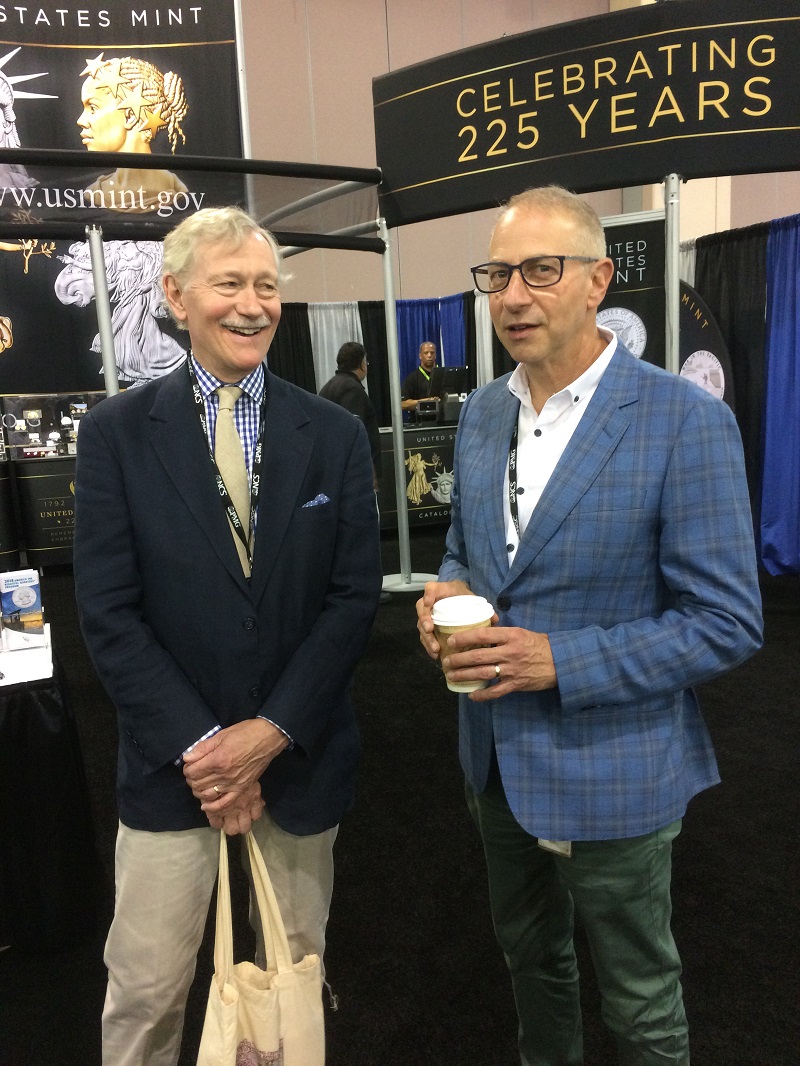 Meetings of the Society of Bearded Numismatists always inject a note of hijinks and lighthearted camaraderie into the ANA show, mixed with some pretty serious scholarship. “Sam brings the coolest stuff to look at,” one member told me, talking about ANA Numismatic Educator Sam Gelberd. Famous bearded numismatists give brief lectures, like David Alexander’s talk on the Society of Medalists last year. Unfortunately, I had to miss this year’s meeting, so I hope others who did go can share their thoughts. 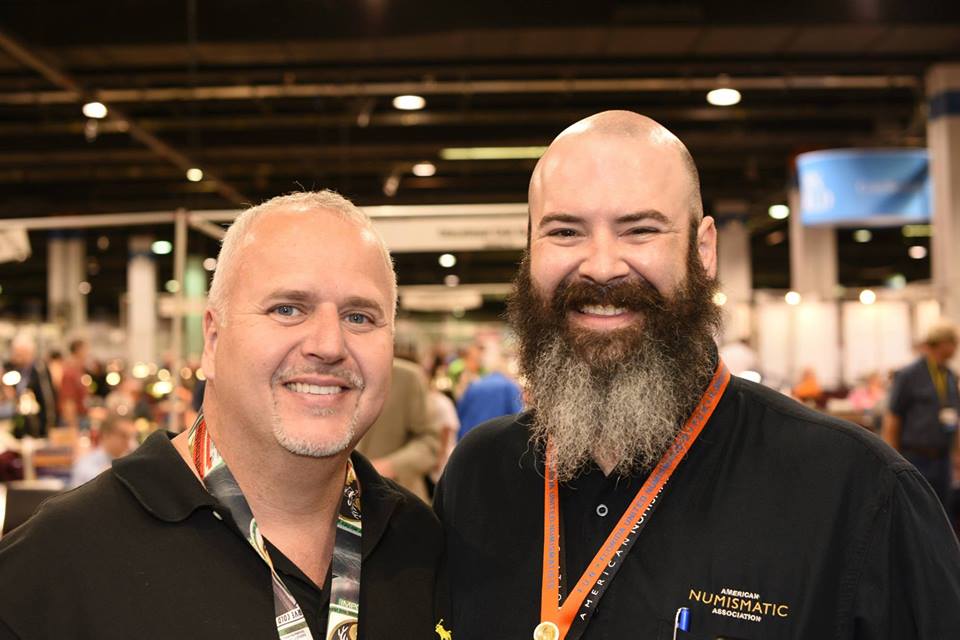 The Society of Bearded Numismatists always brings a spirit of jocularity to the World’s Fair of Money—as well as some very cool show-and-tell material. The Society is open to all, whether bearded or smooth-faced. ANA numismatic educator Sam Gelberd (right) is among the society’s well-known bearded numismatists. (Photo courtesy of Steve Roach, Coin World)

Dinner was an excellent banquet organized by the Token and Medal Society, held at Maggiano’s Little Italy on Filbert Street, right across from the Marriott Downtown. I had a great time catching up with many friends in the exonumia world. Jeff Shevlin, “The So-Called Guy,” was there with his wife Cil. Jeff is a published author and expert in the field of So-Called Dollars, which are historical commemorative medals—most of them about the size of a silver dollar—struck by the United States Mint and others. He’s a regular contributor to Whitman’s 1,504-page Mega Red (the expanded deluxe edition of the Guide Book of United States Coins). Bill Hyder, editor of the TAMS Journal, was there. It’s always good to see Kathy and Dan Freeland, Paul Cunningham, Bob Leonard, Mark Lighterman, John and Nancy Wilson, and other longtime collectors, dealers, and researchers, and to make new friends. After dinner, the Society’s officers presented the year’s literary and other awards. Then outgoing president Fred Holabird gave his final remarks before the swearing-in of the Society’s new officers and board, and remarks from incoming president Ernie Nagy. This was followed by an auction and door prizes. The highlight of the auction was a very rare final (2012) medal of the Old Time Assay Commissioners, a now-defunct group made up of members of the U.S. Assay Commission, which was decommissioned in 1980.

The curtain at the TAMS banquet rung down around 9:00 and I called it an early night, knowing another full and busy day was ahead.

The Token and Medal Society banquet. 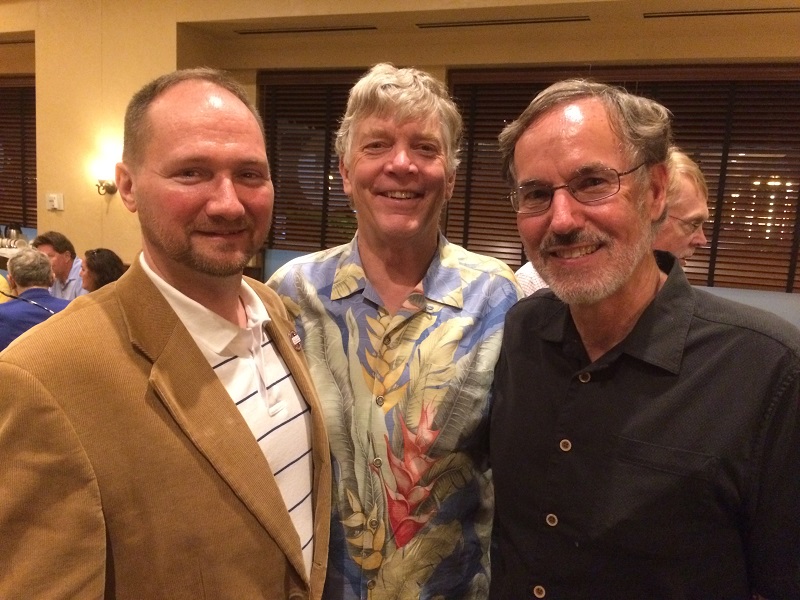