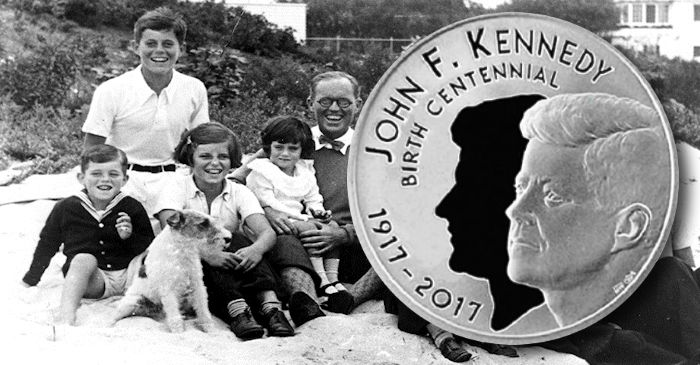 Following the initial release of 2,891 documents previously withheld by the Central Intelligence Agency (CIA) relating to the assassination of President John F. Kennedy on Thursday, October 19, the Internet went up in storm. While many are satisfied with this initial release of documents regarding the president’s assassination, the international non-profit transparency group WikiLeaks is offering a $100,000 reward for the remainder of the withheld documents, with founder Julian Assange calling President Trump’s delay on the 25-year-planned full release “inexcusable.” As an interesting example of cosmic irony, 2017 also happens to be the centenary anniversary of President Kennedy’s birth, and while the Mint has not yet produced any commemorative coins to celebrate this occasion, two individual citizens have taken it upon themselves to do so. Citizens Coinage Advisory Committee (CCAC) member Heidi Wastweet and former CCAC chairman Gary Marks cooperatively produced a one-ounce silver medal to commemorate the centenary anniversary of the fallen president’s date of birth. While most of the country appears to be fussing over the details of President Kennedy’s death, it seems that only a few are bringing attention to his birth, life, and accomplishments.

Artist Gary Marks echoed exactly the same sentiment when I interviewed him by e-mail. “I feel JFK’s birth centennial went largely unnoticed by the American public,” he wrote.“My medal was my small contribution to raise awareness and to once again honor this great man.”

He also brought attention to the nature of this American tragedy and how it conversely inspired him to commemorate the president in a positive light. “When I realized about a year ago that the 100th anniversary of JFK’s birth would be on May 29, 2017, I knew I needed to create a silver art medal to honor this great American. His untimely death was a great tragedy and loss for America. It was the untimeliness and the loss of a great man that served as the central theme of my inspiration for the medal. I felt the empty profile in the center of the obverse was the perfect emblematic device to convey the sentiment that he was ‘gone too soon.’”

Current CCAC member and prolific artist Heidi Wastweet also shared her thoughts with me via e-mail regarding the creation of the Kennedy medal. “I was both thrilled and apprehensive when Gary invited me to work on his project. Excited because it’s a great design and topic, and because I enjoy working with Gary. Apprehensive because many other great sculptors have made masterful portraits of Kennedy in the past. I needed to honor the man himself as well as all the sculptors who came before me. Making a portrait of a public figure is especially difficult because everyone has their own idea of what that person looks like.”


The 1-ounce silver medal has a mintage limit of just 1,000 pieces and runs for $51.95 at “Gary’s Midnight Insomniac Art Studio” website. 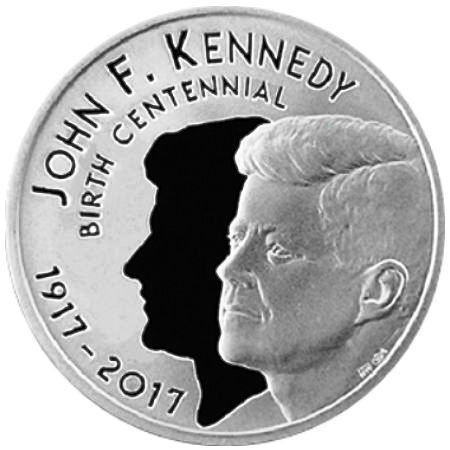 The obverse features an effigy of the president juxtaposed against his shadowy profile. Inscriptions read JOHN F. KENNEDY and BIRTH CENTENNIAL at the top, while the years 1917-2017 are displayed along the bottom. 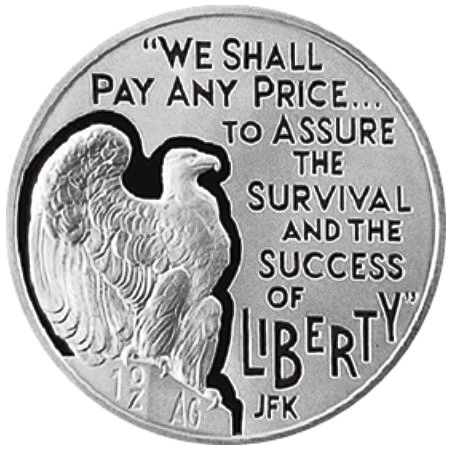 The reverse displays a perched eagle with a quote by President Kennedy: “WE SHALL PAY ANY PRICE. . . TO ASSURE THE SURVIVAL AND THE SUCCESS OF LIBERTY.” Additionally, the inscription JFK can be seen below the quote, while 1 OZ AG is displayed underneath the eagle.

To any who possess a further interest in the popular field of Kennedy medals and commemoratives, The Kennedy World in Medallic Art by William R. Rice is one the foremost texts on numismatic Kennedy memorabilia. Kennedy medals are an extremely popular topic in the collector community to this day, which is exactly why it is shocking that so few have taken advantage of the coinage possibilities for the centenary anniversary of his birth. Perhaps due to our almost Victorian obsession with death, we’ll have to wait until 2063 to get more centenary anniversary medals of President Kennedy, but thanks to artists Gary Marks and Heidi Wastweet — we can enjoy an excellent centenary medal right now.