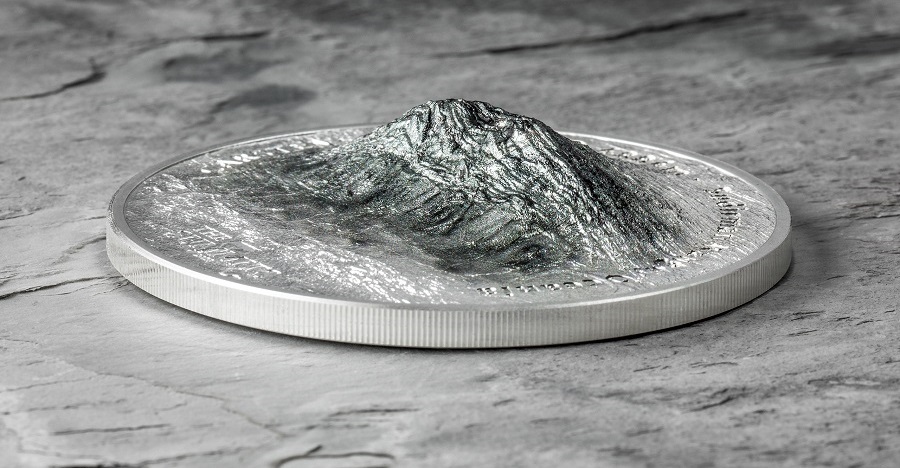 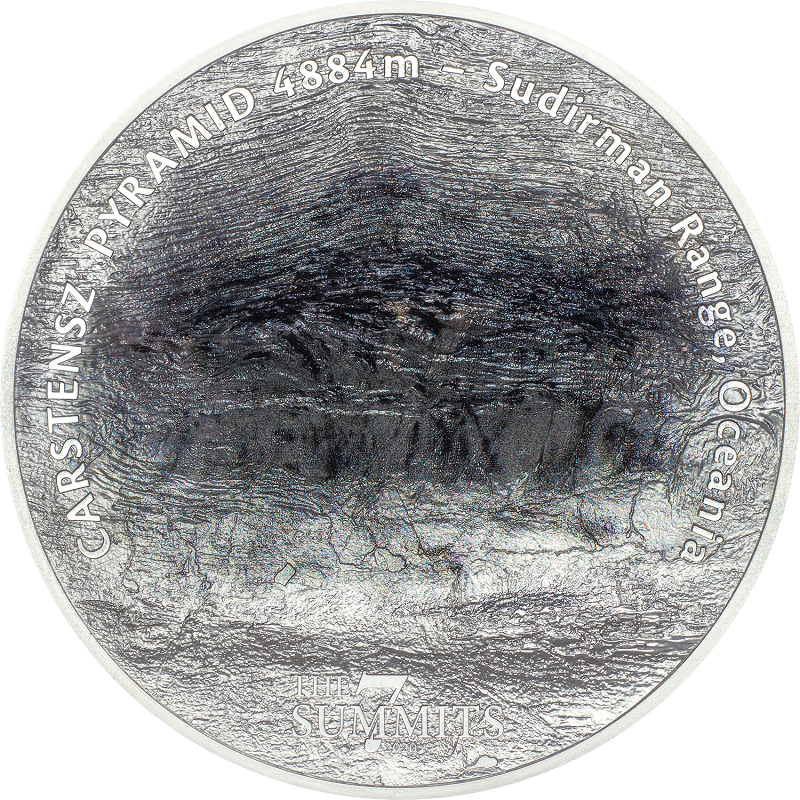 One side shows a bird’s eye view of the Carstensz Pyramid, whose peaks are minted in raised relief. The piece is partially colored in grey and green with white toning. The inscription is CARSTENSZ PYRAMID 4884 m – Sudirman Range, Oceania / THE 7 SUMMITS / 2020. 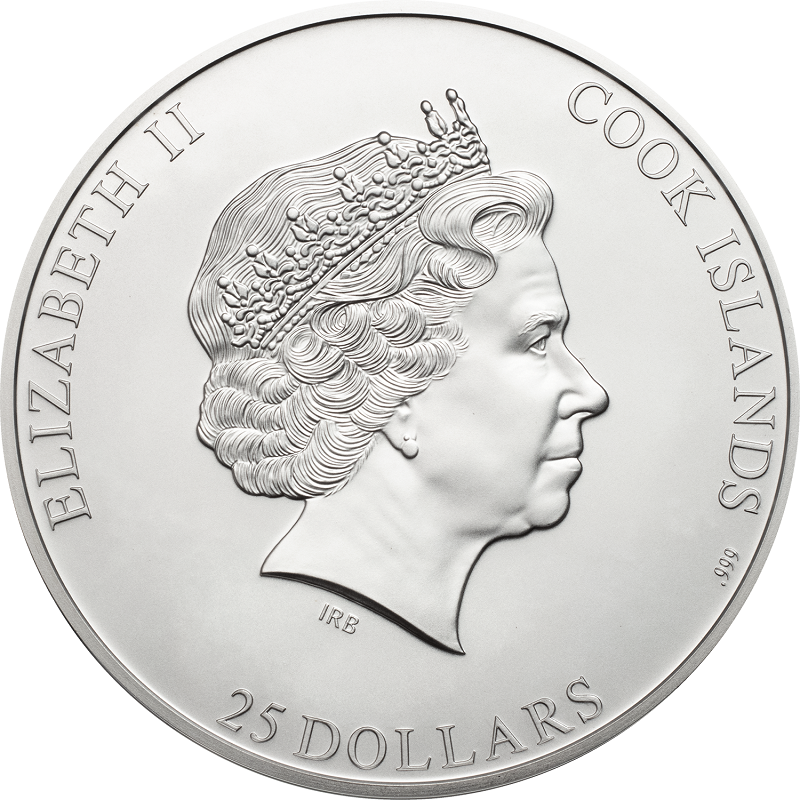 The other side features the portrait of Queen Elizabeth II by Ian Rank Broadley (signature IRB below the neck). In the right field is micro minting .999. Around it is the legend ELIZABETH II – COOK ISLANDS 25 DOLLARS. 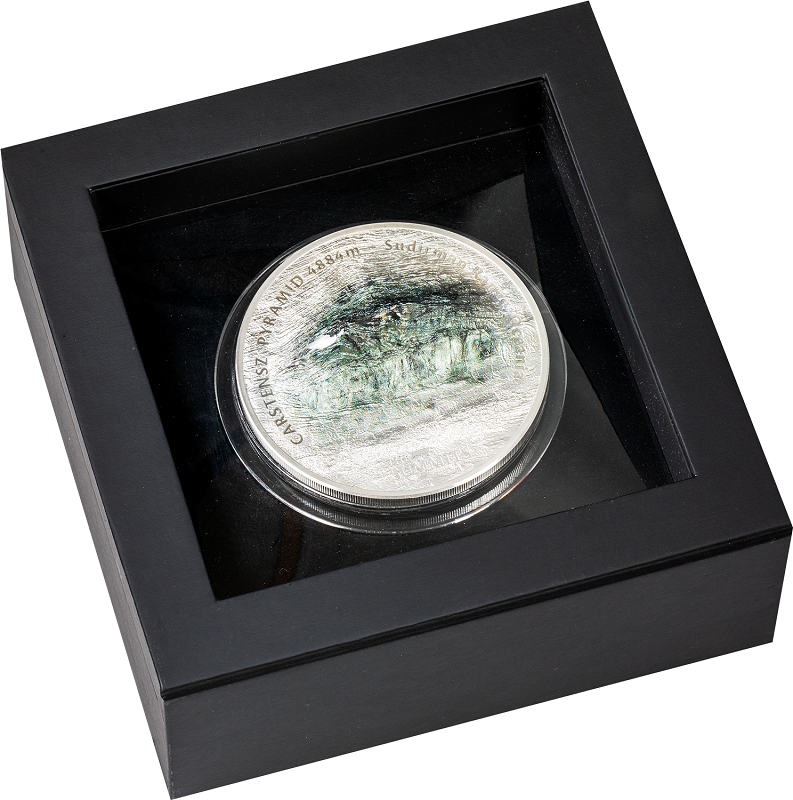 Some might think that CIT Coin Invest’s series 7 Summits cannot have much to offer after Mount Everest and Kilimanjaro — the new issue dedicated to Carstensz Pyramid will prove them wrong. As a result of advanced smartminting technology, the relief of the series’ fifth issue isn’t like that of any coin issued before: The miniature version of the Carstensz Pyramid protrudes over seven millimeters from the coin’s surface! For comparison: A circulation coin usually has a relief of less than 0.2 millimeters. Moreover, the highest point of the relief does not coincide with the coin’s center. Only a few years ago, the production of a minted relief like that of the Carstensz Pyramid issue was considered absolutely impossible. Due to the new three-dimensional depiction, coloring has to meet completely new requirements resulting in the coin’s color becoming a technological masterpiece by itself.

The Carstensz Pyramid is probably one of the less well-known mountains of the 7 Summits series. It is located in the west of New Guinea, an island far off the coast of Australia. An expedition led by Heinrich Harrer, who had become famous due to his book Seven Years in Tibet, succeeded in making the first ascent quite late, in 1962. Back then, Carstensz Pyramid was considered the highest mountain of Oceania. Today there are different opinions on this matter. Politically speaking, the summit is a part of Indonesia and thus of Asia; however, mountaineers argue on the basis of geological context: The Carstensz Pyramid is located on the Australian continental plate.

By the way, the Carstensz Pyramid holds another record: The world’s largest gold mine, which is also the copper mine with the lowest production costs in the world, is located in direct sight of the summit. Both were discovered in 1936 when Jean-Jacques Dozy participated in an expedition to explore the Carstensz Pyramid, which failed to reach the mountain’s peak.