Niue Island has issued the 2016 Martian Meteorite High Relief 1 oz. Silver Coin, which includes an actual meteorite from Mars as part of its reverse design. The coin features an antique finish, costs $219.00, and has a mintage limited to 500 pieces. Certificates of authenticity are included for both the coin and the meteorite. 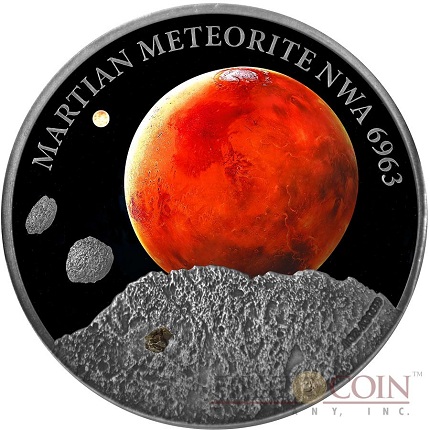 The coin’s reverse features a color image of the planet Mars with depictions of meteors placed in the foreground and background. The real meteorite is situated on the meteor appearing closest to the observer. Inscribed along the rim of the coin is MARTIAN METEORITE NWA 6963, the official name of the larger meteorite from which the sample was taken. 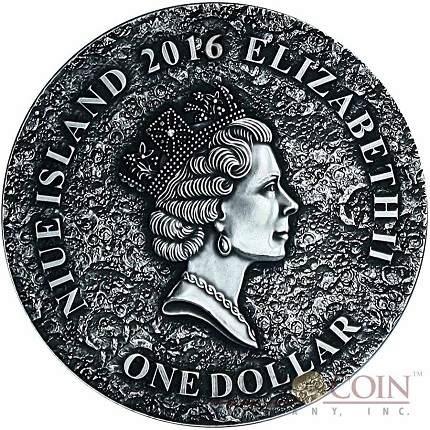 The obverse features an image of Queen Elizabeth II with ELIZABETH II, 2016, ONE DOLLAR, and NIUE ISLAND inscribed along the rim.

The 2016 Martian Meteorite High Relief 1 oz. Silver Coin is composed of an ounce of 99.9% silver and has a diameter measuring 38.61 mm. Pre-orders are now being accepted for this issue, with shipments expected to begin in June. For more information, please visit the item’s product page at First Coin Company.