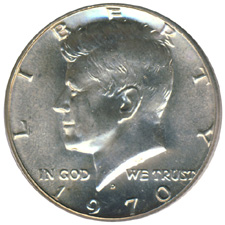 I have collecting coins for most of my life, but have recently been making some purchases specifically with the intent to ‘flip’ the items for a profit. I would like to share a few stories about my recent attempts, and how they turned out.

‘1701 William III’ gambling token – I was looking through eBay for auctions with ‘unknown coin’ in its title, hoping to find a diamond in the rough. What I found looked like a early 18th Century coin. I did some research, and thought it was a half guinea, which is a gold coin. The fact that its opening bid price was $2.99 should have been a clue. Another clue was the fact that the obverse of the item had a depiction of King George III, but was dated 1701, decades before he ruled England. Nevertheless, I placed a bid, and won the auction with a total cost of $6. After the fact, I performed more research and discovered it was a gambling token made to circumvent counterfeiting laws (similar to the tokens used in the Prohibition era of the early 1920’s). Unless I can figure out that it was made in the 18th Century, it is worth next to nothing.

1703 Hungary duarius – This was another venture into the less-traveled corners of eBay, this time looking at ‘hammered coin’ auctions filed in the ‘Other’ section of the World Coins area. The description for the coin was very vague, but the pictures were sufficient for me to identify it as a 1703 Hungarian duarius. When asked about its origin, the seller described it as a coin that was discovered by a monk in France, and was somehow brought to England. I believed the coin had some silver, which I was able to confirm later as being minted in billon (mixture of metals that can include silver). The cost, after converting the bid from pounds Sterling to U.S. dollars, was $15.54. After buying the aforementioned Krause reference book, the condition of the coin leads me to believe it has a value of approximately $6, but for a coin that is older than the U.S. itself, I am not displeased with the purchase.

1890-CC Morgan Dollar – While on vacation, I found a gift and card shop that also had some displays of coins, including quite a few Morgan Dollars and Peace Dollars. Armed with my trusty iPad filled with Krause Standard Catalog of World Coins 1801-1900 and PCGS Photograde app, I did my best to find coins that were priced under their value. I went through a half-dozen Morgans until I found a 1890-CC that, based on my data, was graded at G/VG at a value of $95, but was priced at $75. I purchased the coin, then once I was home, proceeded to put it up for auction on eBay. Unfortunately, it sold for $45, well below my expected value as well as its cost.

1970 Mint Set – I scanned the local craigslist site for advertisements matching ‘coin’ or ‘cent’ in the collectibles section, and found a gentleman selling a large number of Mint Sets and Proof Sets, as well as many individual silver coins, the latter being what caught my attention. By the time I responded to his ad, the silver coins had been purchased, but the sets were still for sale. After I dragged my feet on checking my lists, he had sent me a follow-up mail: he was going to place a new ad with lower prices, but wanted to give me the inside track on purchasing them. I compared his list with mine and we agreed to a group of 13 sets, including the 1970 Mint Set. With the new price, and a discount for buying multiple sets, I only paid $8.10 for the set, which I turned around and put it up for sale on eBay, selling it for $19.89.

In conclusion, always do your research: ask lots of questions, search for similar items for sale to get prices of comparable items, and lastly understand that every purchase with the intent to ‘flip’ is a gamble. You might hit it out of the park, and you might lose it all. Only spend what you are willing to accept as a total loss.