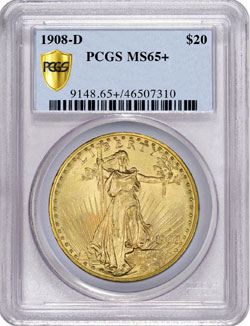 In his March 25 announcement of the Big One, a new PCGS service called Secure Plus, the grading company’s co-founder David Hall announced that a switch had been turned on in the numismatic world that “changes everything.”

You can read my initial reaction to the new service in this Coin Update article.

Here are the highlights of the digitally scanned system, again as reported by Hall:

In my initial article I questioned claims of increased precision and consistency in grading, primarily because PCGS’s promotion didn’t fully take into account reconsideration of a coin sent in previously to finally get the grade right. Perhaps 99% of the time, PCGS gets the grade right. About 1% of the time, say, it comes close or makes a mistake.

Why not acknowledge human error? The best promo for the new service would have been that acknowledgment rather than harping on coin doctors cracking open and resubmitting coins.

Actually, I’d feel more secure if Hall announced that the technology can program a digital master set of coins for each type, mint mark, denomination, strike, luster and more and not only test whether the machine can detect the same coin as a resubmission, but also whether it can detect a PCGS grader who consistently gets it right or wrong.

I’d feel more secure if PCGS awarded the plus sign for any submission without requiring a special price list for certain types of high-end turn-around services, the same way that its rival Numismatic Guaranty Corporation does with its star designation on routine submissions. If it’s about eye appeal, let’s not make it about price, too.

I’d feel more secure if all this had to do with coins rather than business and Registry set competitions. Case in point: Immediately after PCGS’s proclamation, NGC announced it will do the same with “plus” grades in about 60 days, according to this release.

I’d feel more secure if PCGS’s new revolutionary holder was used for all submissions, not just the pricey ones.

I’d feel more secure if humans rather than computers were calling the shots in numismatics. PCGS made a big splash with its new 700-point system to designate a coin to the decimal point–a gimmick in my mind to get Registry set participants to reholder their best coins with a 15% shot at a plus designation. Indeed, a 700-point system may be a nifty internal way to grade more precisely, especially since the company is using a digital program–and we all know how much fun that can be, with the way computers think; but the last thing we need in numismatics is more complexity.

In my opinion, all of this tracks back to John Albanese whom I admire as one of our leading experts but whom I also question for founding Certified Acceptance Corporation. Albanese also was one of the founders of PCGS in 1986. Then he left that company and founded NGC.

Could it be, through no fault of his own, that he inadvertently founded a pandemic of designations that may harm the very industry he helped develop?

Here’s what I am imagining: A numismatic world overrun by computers to store megabytes of data and pixels about each coin, with the complexity causing youth collectors to lose interest in the hobby because they cannot fathom all those data. I imagine a digital world that one day will decide plastic cards have made coins obsolete, the way that e-mail is doing now with stamp collecting.

What we need is a coin world with more simplicity, honesty and affordability. If we get it, I’ll feel secure.