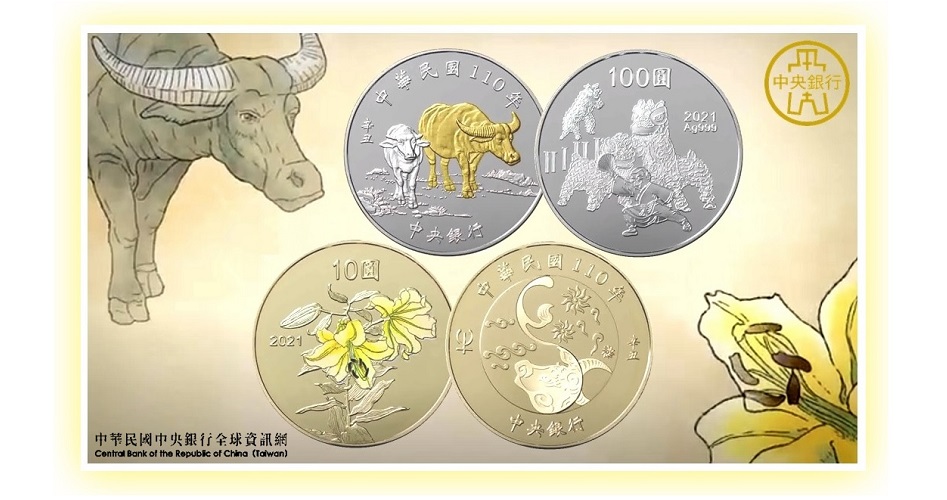 The Central Bank of the Republic of China — Taiwan has unveiled (7th January) their 2021-year 110 collector coin set for the Xin Chou Year of the Ox. The latest set is the fifth release of the third series of the Lunar Zodiac commemorative coin sets first launched in 2017, with coins bearing images of the year of the Rooster. Launched at the Central Bank’s headquarters by the Issuance Department Director-General Shih Tsuen-hua, he unveiled the two designs with a brief description of the designs; one was especially deemed relevant to the current worldwide pandemic. The design on the reverse side of the silver Proof 100-yuan coin depicts an image of the Lion Dance Festival in Kaohsiung’s Cianjhen District. The Lion Dance carries not only unique local characteristics, but also has the symbolic meaning of disaster and epidemic prevention in a world that has been largely turned upside down by the Wuhan strain of the COVID-19 virus. 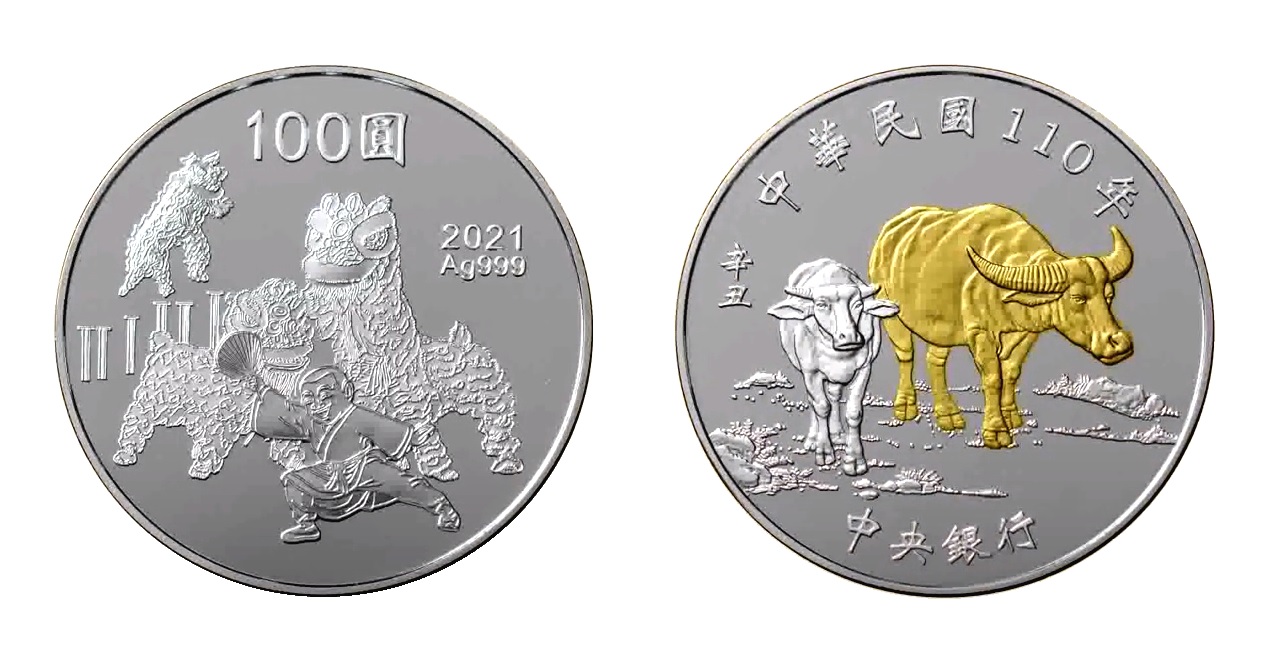 The coins are produced by Taiwan’s Central Mint located in Taoyuan City, on behalf of the Central Bank of the Republic of China. The obverse side of the silver coin shows a pair of oxen; the larger ox on the right is gold-plated and the reverse features an image of the famous Kaohsiung Lion Dance Festival with uniquely local characteristics. 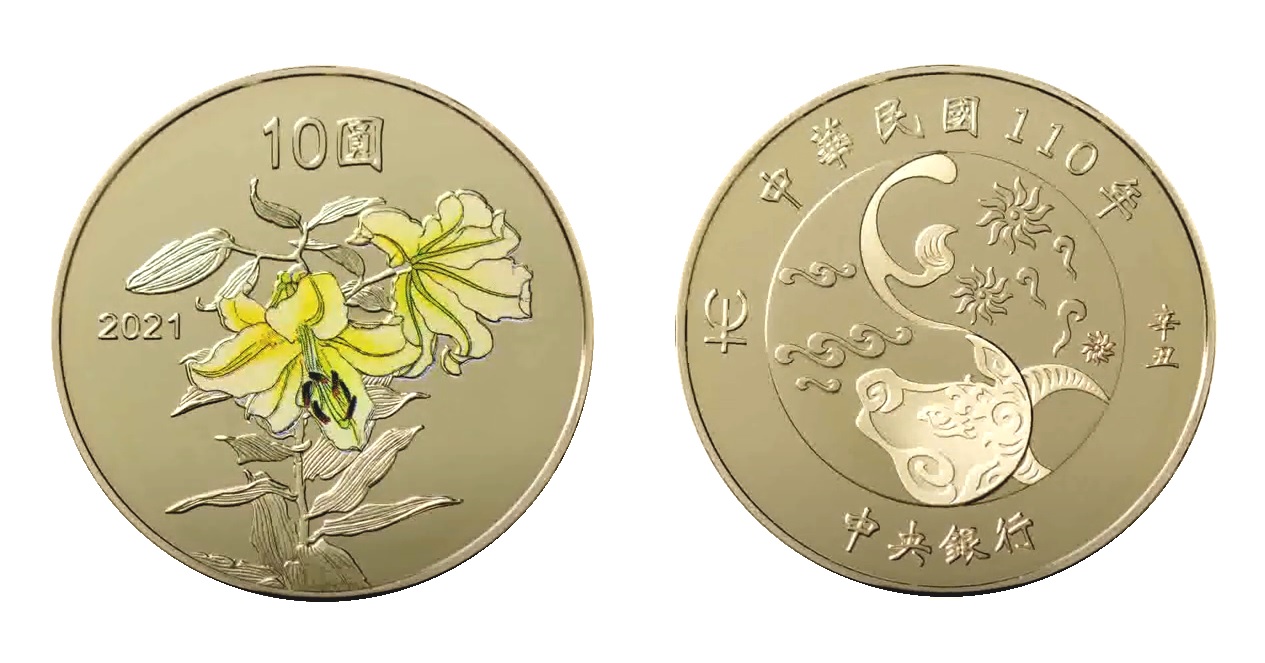 The image on the obverse of the base metal Nordic gold coin is a stylised ox head, while the image of the lily on the reverse utilises a colour-printing application shown in yellow. Each obverse side includes the year designated as 110, referencing the establishment of the Republic of China in 1911. The reverse side includes the Western year 2021 and denomination in Western numerals. 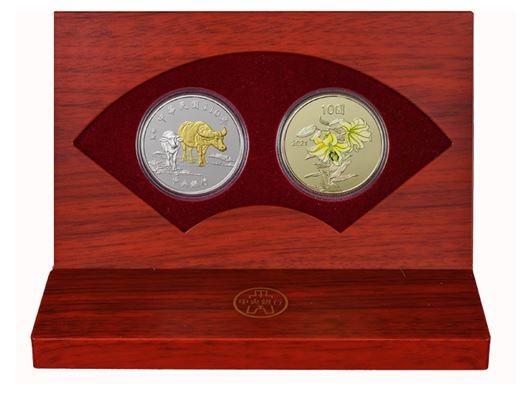 Each set consists of one silver coin (NT $100) and one base metal coin with a face value of NT $10. The coins are presented in a wood frame easel-type format enabling the display and viewing of both sides. The Central Bank has delegated the Bank of Taiwan (BOT) to conduct the sale of the coin sets both online and through its branch network throughout Taiwan. The public can place orders online from the 7th January by visiting here (Chinese language only). Thereafter, the sets will be available at various Bank of Taiwan branches from the 21st January.

For other information about the coin sets, please visit the Central Bank of the Republic of China’s Virtual Money Museum website.