The Central Bank of Taiwan have recently issued two new commemorative coins which celebrate the inauguration of the 13th President and vice-president of Taiwan. President Ma Ying-jeou (re-elected to a second term) and Vice-president Wu Den-yih were elected by popular vote on the 14th January 2012, the fifth time in which a Taiwanese head of state has been chosen by direct public ballot, and both men took the oath of office on the 20th May 2012. 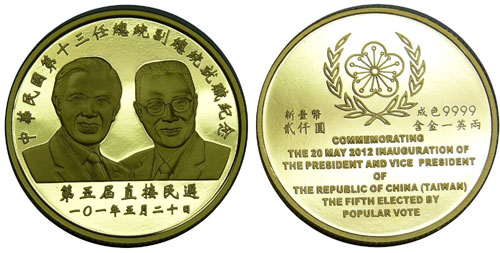 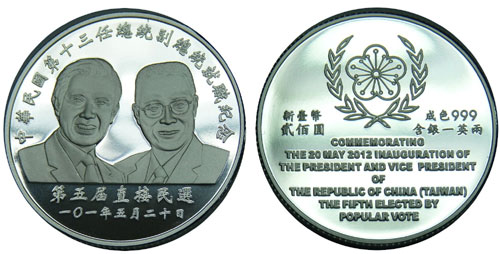