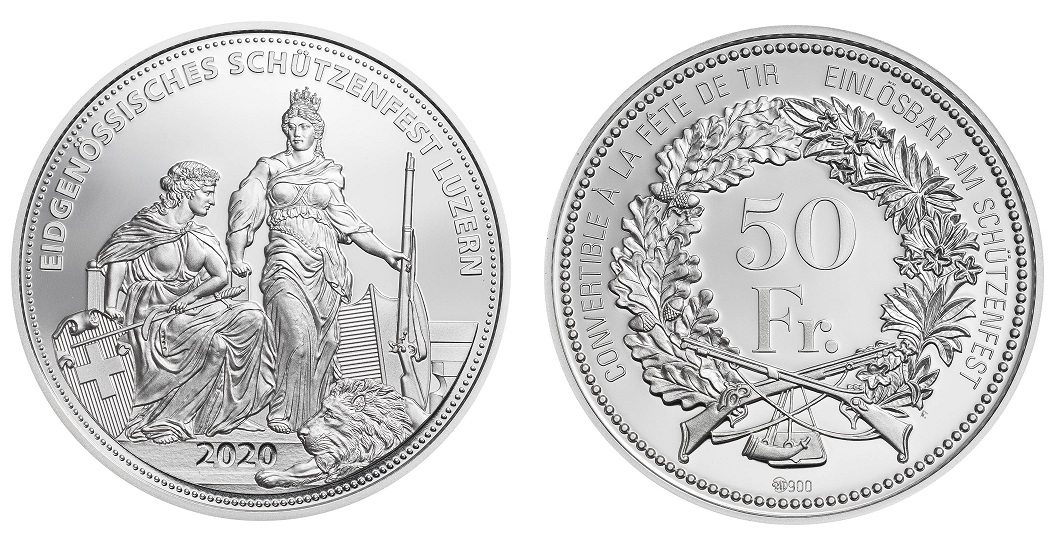 Switzerland’s annual shooting taler is now available for preorder in advance of its mid to late January release date.

The Swiss tradition of marksmanship was established during the old Swiss Confederacy in the 15th century when festival participants used crossbows in shooting contests. The legend of William Tell recalls this tradition. In modern times, a shooting festival is held every year in a different canton. As many as 50,000 marksmen have attended some of them. In 2020 the event is a Federal Shooting Festival, held every five years, and will be in Lucerne from June 12 to July 12. Silver and gold versions of the traditional coins used to help mark and promote the event will be available in what has been a tradition since the 19th century. 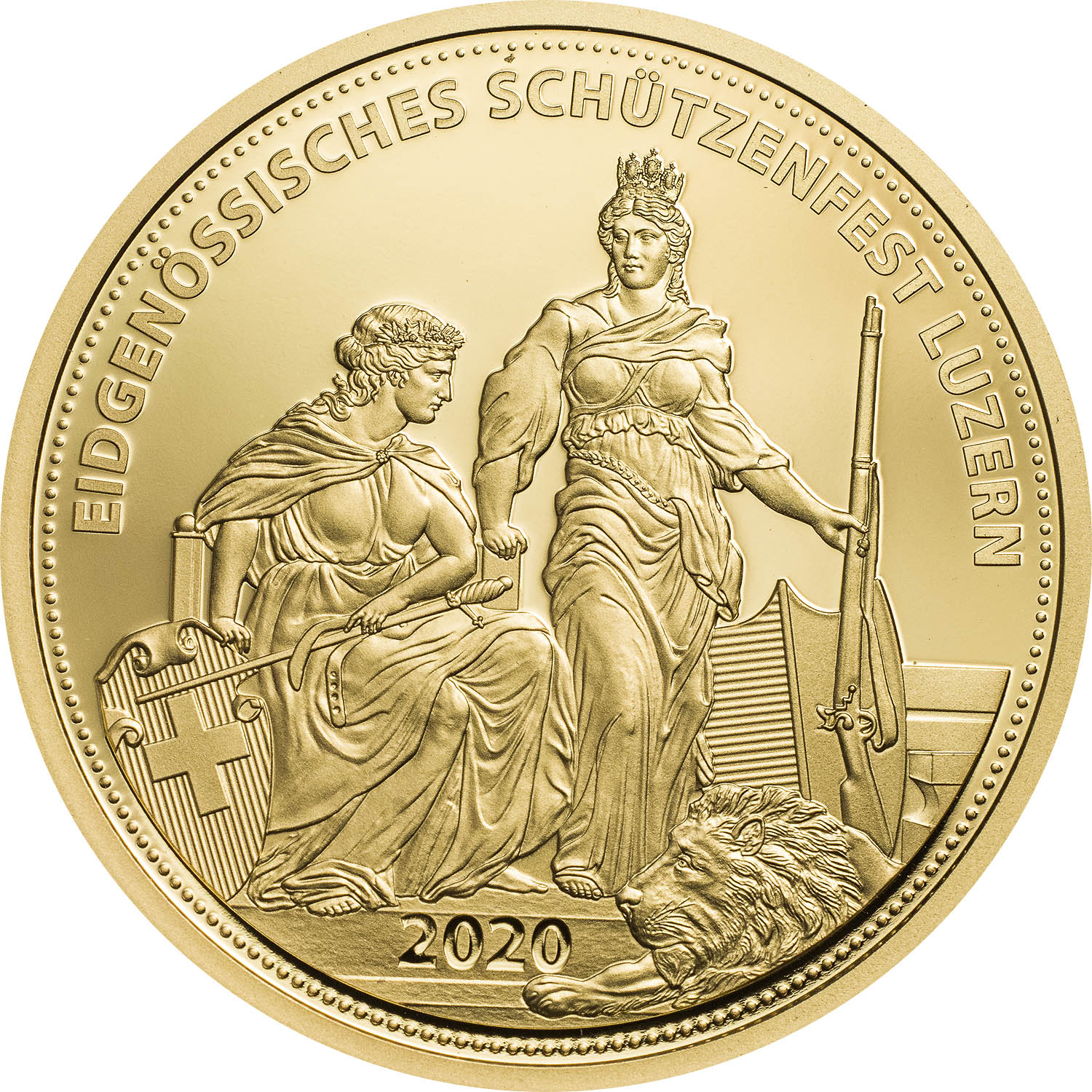 The designs are identical except for the expression of value. The obverse shows a pair of allegorical goddesses behind a lion. Helvetia is seated, a sword in her left hand, and her right hand is on the Swiss coat of arms. To her right is a female figure representing Lucerne, holding a rifle, with the cantonal arms at her feet. 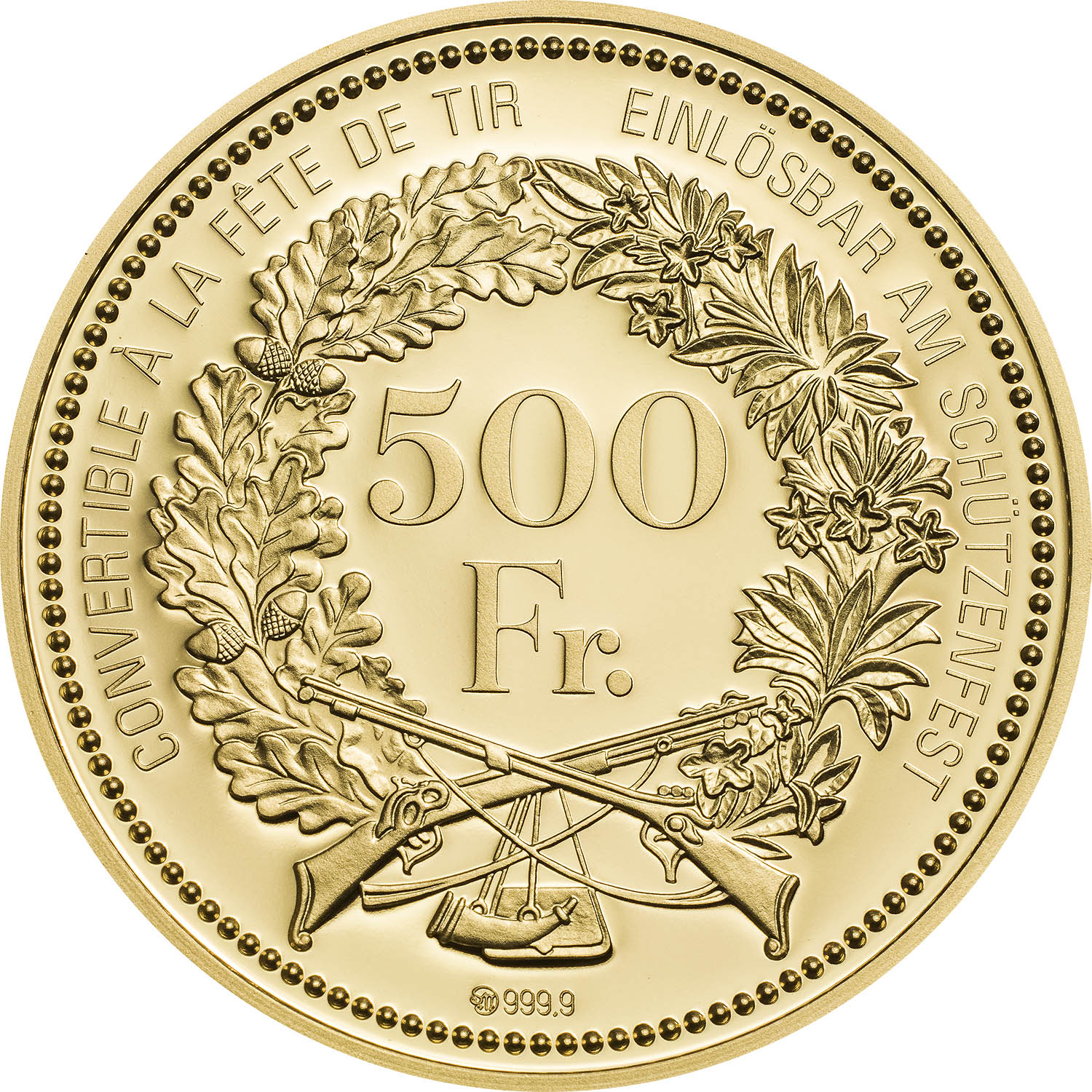 The reverse has the face value within a wreath with crossed rifles, a powder horn, and a shooting bag below. Coins should be ready at the end of January. A legend in French and German, CONVERTIBLE Á LA FÊTE DE TIR  EINLÖSBAR AM SCHÜTZENFEST, says that the coin is convertible at the shooting festival.