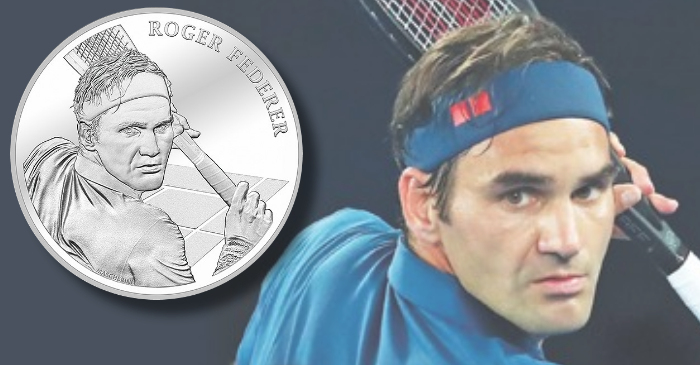 The Swiss Federal Mint has launched (2nd December) new commemorative silver coins, which, for the first time in its history, is dedicated to a living person — tennis legend Roger Federer. As well as probably being Switzerland’s most successful individual sportsman, he is also the perfect ambassador for Switzerland. For this reason, the Swiss Federal Mint is honouring Roger Federer with new 2020-dated 20-franc silver coins. 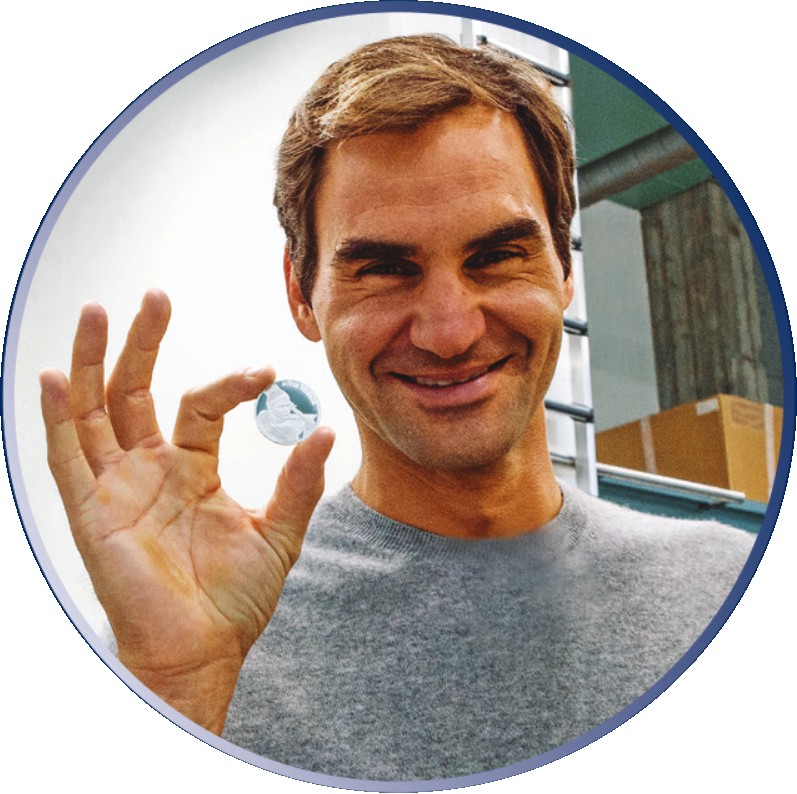 There is no other Swiss person in the world as well-known as Roger Federer. One could almost lose count of his tennis records — he spent 237 consecutive weeks as world number one, in terms of his ranking. He holds the most grand slam men’s singles titles, 20 of them, and has won 103 singles titles in total so far. These records, as well as his versatile playing style, make him probably the greatest tennis player of all time. But Roger Federer is just as active off the court, setting up a foundation to support financial aid projects for children in 2003. Moreover, in 2006, he was named as the first Swiss national UNICEF goodwill ambassador. His sporting achievements, his charitable commitments, his easy-going nature, and his accessibility to his fans and much more have prompted the Swiss Federal Mint to dedicate these new 20-franc silver coins to him — the first time it has done so for a living person. 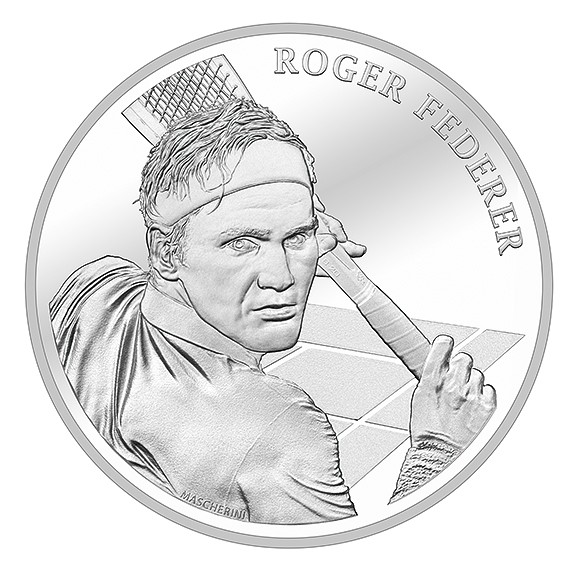 The obverse side of the coins is designed by Artist Remo Mascherini, Flamatt, in the canton of Fribourg. The depiction shows Roger Federer in one of the most familiar poses as he is on the tennis court and in motion, racket in hand. The inscription of ROGER FEDERER is placed along the upper-right edge of the coin. 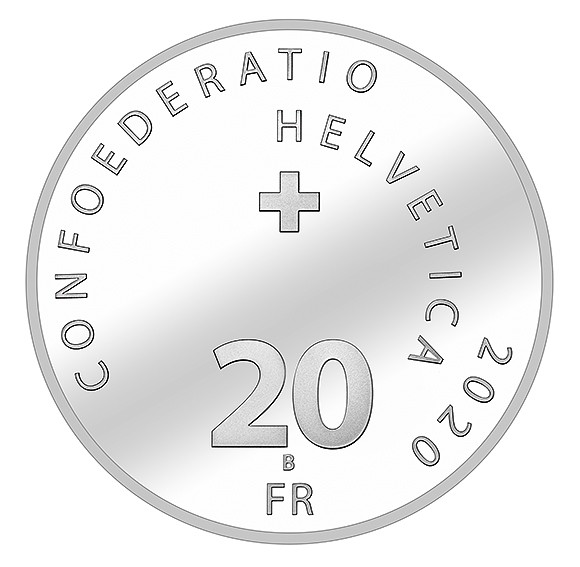 The reverse side is that of the standard design with the issuing authority CONFEDERATIO HELVETICA, the year of issue 2020, and the denomination of 20 FR in a circular pattern.

The date of issue is scheduled for the 23rd January 2020, and the pre-sale (Uncirculated quality) began on the 2nd December 2019. This will be followed by the release of a “Roger Federer” gold coin in May 2020 featuring a different design. 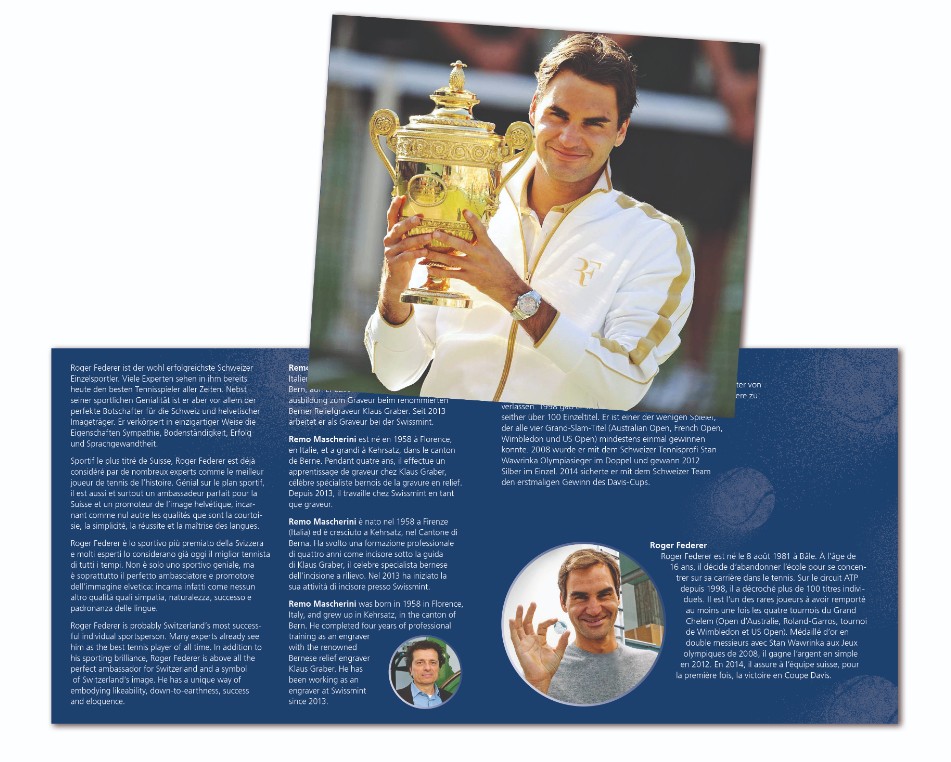 The Brilliant Uncirculated quality coins will be presented in a blister-pack type folder, colour illustrated, with additional pictures and information in four languages on the coin subject and the artist. The Proof quality coins are individually packed in coin capsules and sold in a presentation case, complete with a numbered certificate of authenticity.

The coins can be purchased in limited numbers and exclusively via Swiss Mint’s website. The pre-sale timeframe ends on the 19th December 2019 at the latest, or until the first minting run of 55,000 units has sold out, whichever is earlier. The Swiss Mint reserves the right to produce a further *40,000 pieces and issue them in May 2020 if demand warrants the additional mintage.

Dispatch of the “Roger Federer” silver coins will commence on the issue date of the 23rd January 2020.