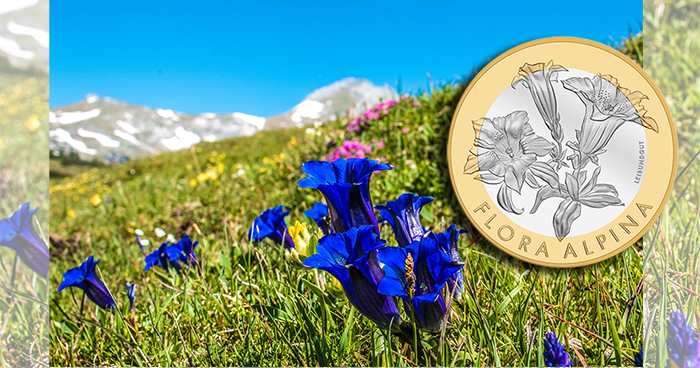 Back in January, the Swiss Mint released the second issue in its three-coin Flora Alpina (Alpine Flowers) series. Despite slipping under the radar of many English-language numismatic publications, the series has been quite popular, and the first coins, released last year and featuring the edelweiss flower, have sold out. The third and final coins will feature the alpenrose and will be issued in 2018.

The world-famous flora of the Alps attracts countless visitors to the mountains every year, with the spring season being especially popular. As the last snowfields slowly melt they are sprinkled with blooms everywhere. The deep blue of the enzian (or alpine gentian) is a special sight in this joyous play of colors. Together with edelweiss and alpenrose, it is one of the most popular alpine flowers. The genus Gentiana contains almost 300 to 400 species, including the alpine gentian (Gentiana alpina). Although Gentiana occur worldwide, they are predominantly found in the mountains of the temperate zones of the northern hemisphere, where they are usually deep blue—but they can also appear in white, cream, yellow, or red (the predominant color in the Andes). The root of the gentian flower is an ingredient in many beverages, and is a common flavoring for bitters. 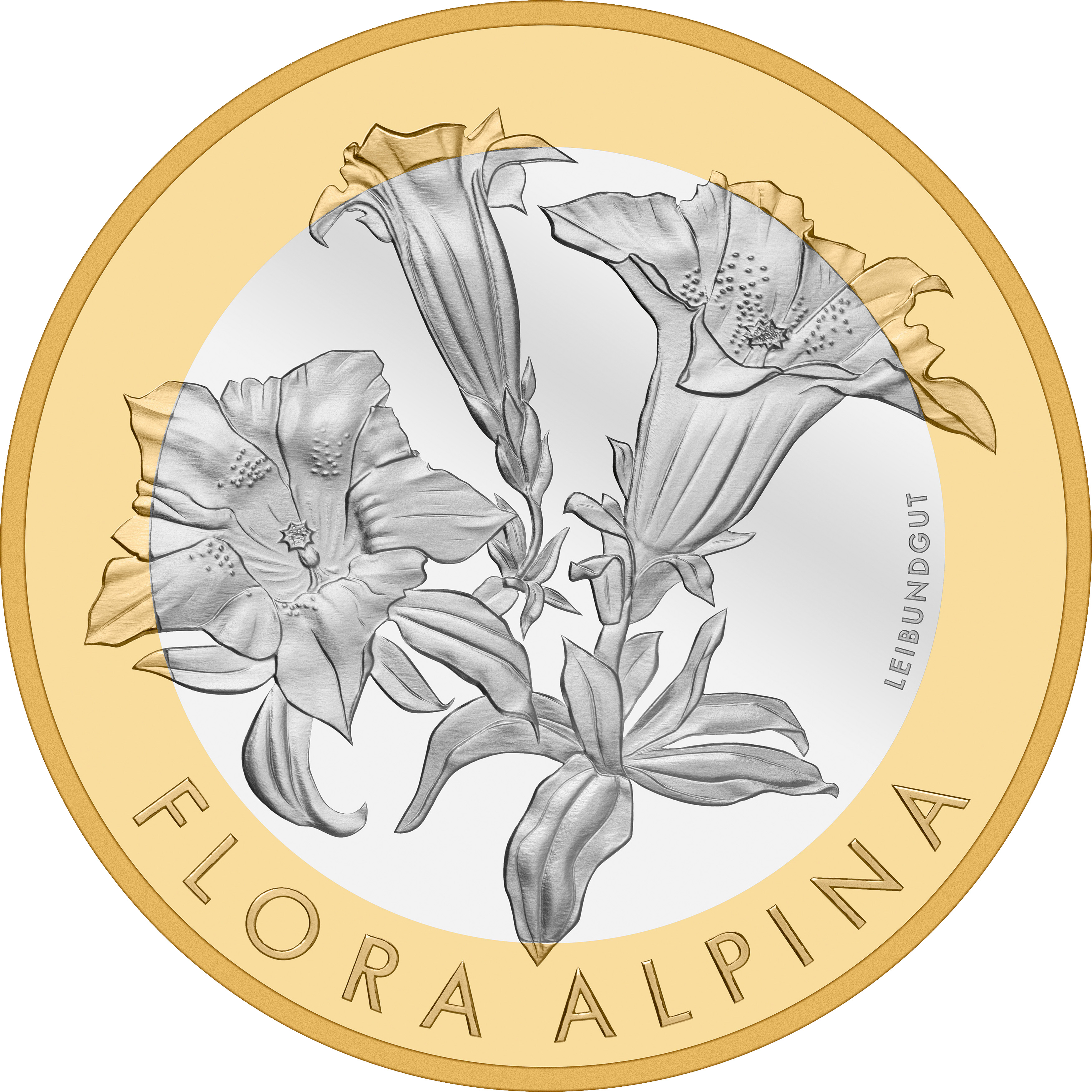 The obverse of the bimetallic Enzian coin was created by Swiss designer Jenny Leibundgut, of Bern. It features three gentian flowers arranged at different angles, with the strike crossing both the copper-nickel inner disc and the bronze outer ring. Below the main design, on the bronze ring, is the series name, FLORA ALPINA. The designer’s last name, LEIBUNDGUT, appears in small type at the lower right of the center disc. 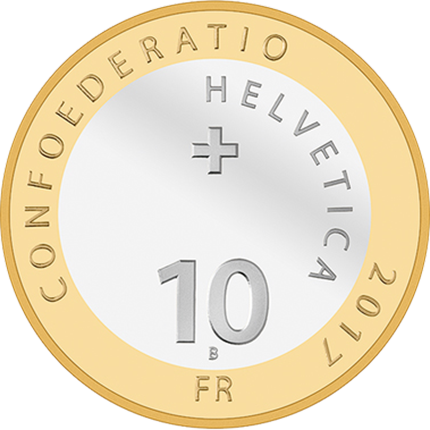 The reverse has the standard design for circulating Swiss-franc coinage, with the legend CONFOEDERATIO / HELVETICA (Helvetic [Swiss] Confederation); the classic Swiss cross symbol, which appears on the flag and coat of arms; and the denomination 10 / FR, mintmark B, and date of issue, 2017.

* A copper-nickel inner disc surrounded by an aluminum-bronze ring.


The coins are available in Uncirculated and Proof strikes. The Uncirculated coins can be purchased alone or with an attractive presentation folder. The Proof coins—which are sold out at the Swiss Mint and must be purchased on the secondary market—are packaged in a presentation box with numbered certificate of authenticity; they are also available with a signed artist’s certificate.

The Uncirculated option in presentation folder (left) and Proof option.

Click here to purchase these and other coins from the Swiss Mint’s online shop, which is available in German-, French-, Italian-, and English-language versions. The coins are also available at individual coin shops and banks.   ❑