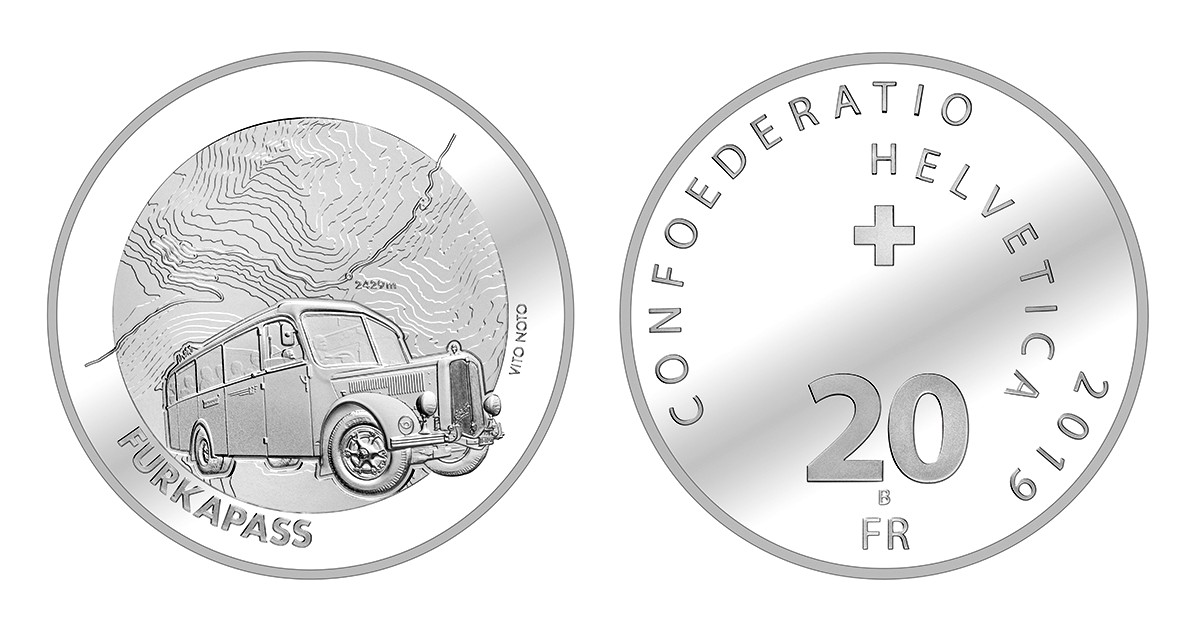 The Swiss Federal Mint has launched (12th September) their latest collector’s coin which is the second issue in the three-part Swiss Alpine Passes coin series. Following on from the “Klausen Pass,” the second coin features the “Furka Pass.” With an altitude of 2,429 metres (7,970 feet) above sea level, the Furka Pass is one of the highest and most impressive Alpine passes in Switzerland. It connects the hamlet of Gletsch in the canton of Valais with Andermatt in the canton of Uri, and, along with the Oberalp Pass, forms an east-west link within the Alps. The area is also known to be one of the snowiest in Switzerland.

The European Watershed Runs Along the Pass

As the Rhone flows southwest towards the Mediterranean, the Furka-Reuss sweeps northeast into the Rhine and ultimately out to the North Sea. The first landmark event in Furka Pass traffic to be documented was around the 12th century when hundreds of German-speaking Walser people settled with their families in the Urseren Valley, or even further east in Raetia. Between 1864 and 1866, the almost 40-kilometre-long (25-mile) and at least 4.20-metre (13 feet) wide road from Hospental to Oberwald was built by the cantons of Uri and Valais. Whether travelling by bicycle, motorbike, car, postal bus, or historic steam train on the cogwheel mountain route, every year more than 250,000 people cross the Furka Pass and enjoy the spectacular view. The views are particularly memorable from the famous Hotel Belvédère on the Rhone glacier or the surrounding Alpine granite works.

The coins are designed by Vito Noto, the industrial designer from Cadro, who also designed the previous coin in the series. The obverse image depicts the landscape relief of the Furka Pass in the background and a historic Berna/Seitz postal bus in the foreground. The text FURKAPASS is placed just to the lower left along the coin’s edge. The reverse side is that of the standard design with the issuing authority CONFEDERATIO HELVETICA, the year of issue, 2019, and the denomination of 20 FR in a circular pattern. 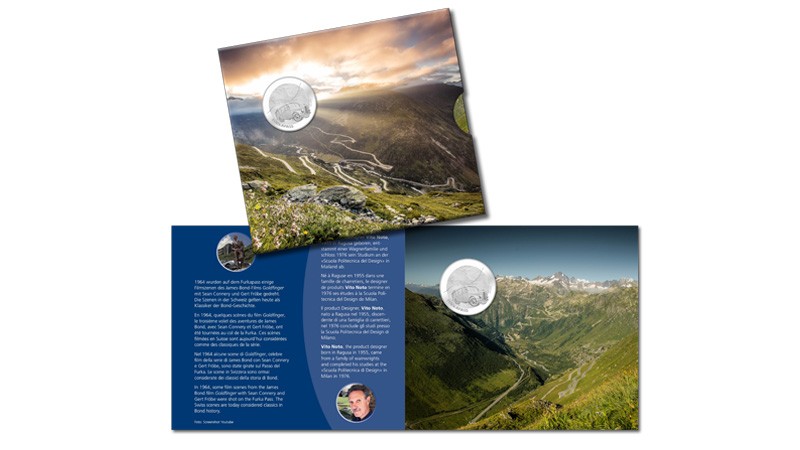 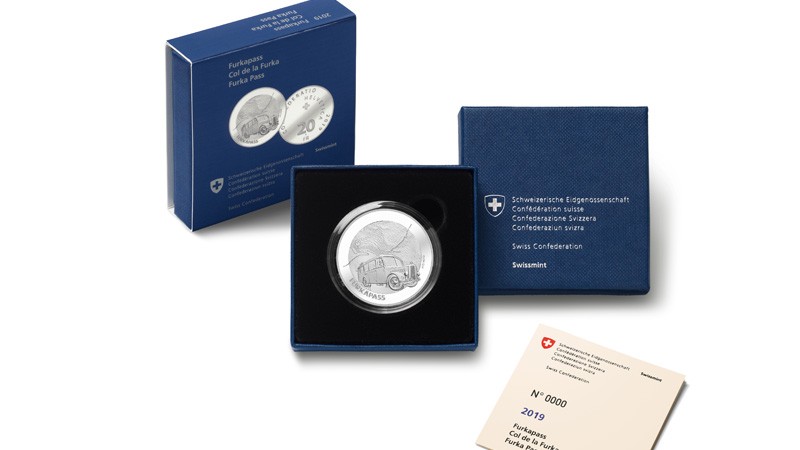 The Proof strikes are encapsulated and included in a presentation case accompanied by a numbered certificate of authenticity. For additional information about the second issue of the three-part Swiss Alpine passes coin series, please visit the website of the Swiss Federal Mint.