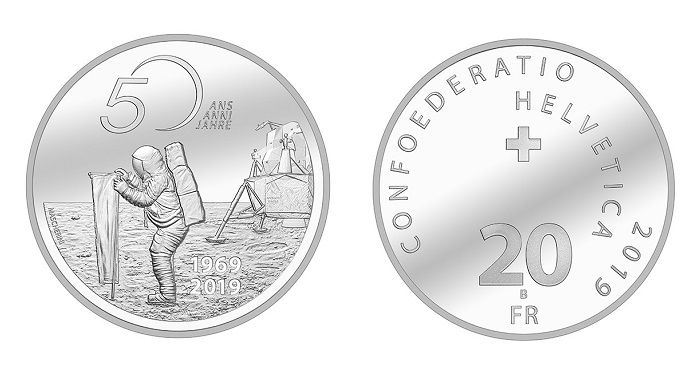 The National Bank of Switzerland will issue (9th May) new commemorative coins which remember a fantastic accomplishment, the day when humanity first set foot on the surface of the Moon. The moon landing by American astronauts 50 years ago also represented the first highlight in space research from the University of Bern.

NASA astronauts Edwin “Buzz” Aldrin and Neil Armstrong were the first humans to step onto the moon’s surface during the Apollo 11 mission on the 21st July 1969. Before the astronaut “Buzz” Aldrin hoisted the American flag on the moon almost 50 years ago, he first hung up a Swiss solar sail. This so-called solar wind sail from the University of Bern was the only non-American experiment on board the Apollo 11. The “Solar Wind Composition Experiment” was developed by the Bernese physicists under the leadership of Professor Johannes Geiss of the Institute of Physics to verify the existence of the solar wind, that was suspected at the time, but could not be measured from Earth. The simplicity and low weight of the solar sail had convinced NASA that it was made of a differently coated aluminum foil measuring 140 x 30 centimetres (55.1 x 11.8 inches) which was oriented as directly as possible into the Sun to capture any solar wind particles.

The foil was then analysed in the laboratory after returning from the Moon. The simple, lightweight, and successful experiment was repeated on all lunar missions, except the last Apollo 17 mission and the failed Apollo 13 mission. 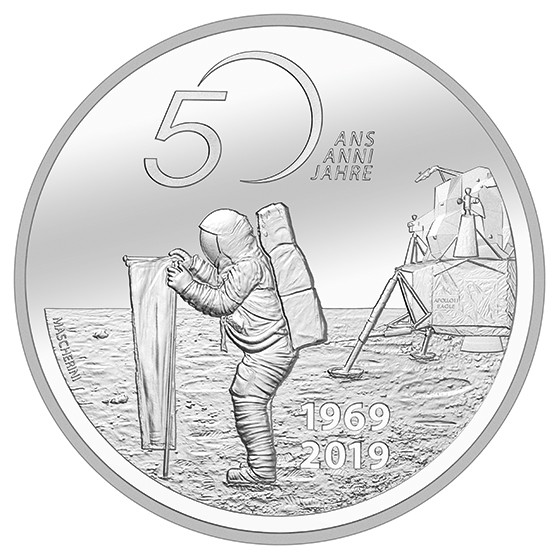 The image on the coin was first created as a pencil drawing by Swiss Mint engraver Remo Mascherini and then digitally revised. A stylised numeral 50 is seen above the primary design followed by the words ANS – ANNI – JAHRE representing the three official languages of Switzerland. The commemorative years 1969 – 2019 areplaced to the right side of the standing astronaut. 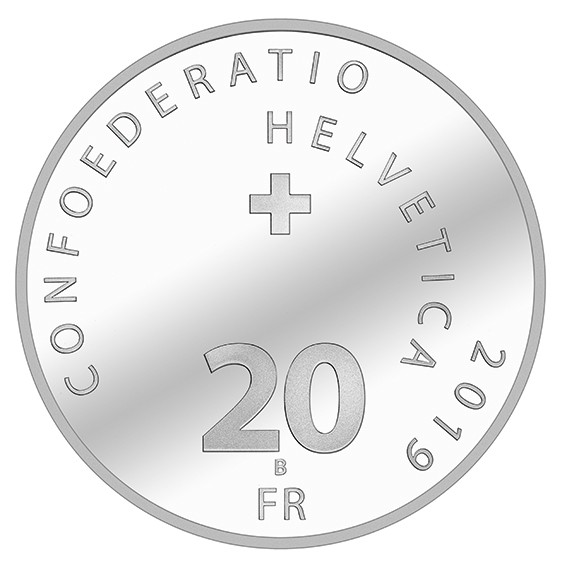 The reverse includes the standard design with the issuing authority CONFEDERATIO HELVETICA the year of issue, 2019, and the denomination of 20 FR in a circular pattern. 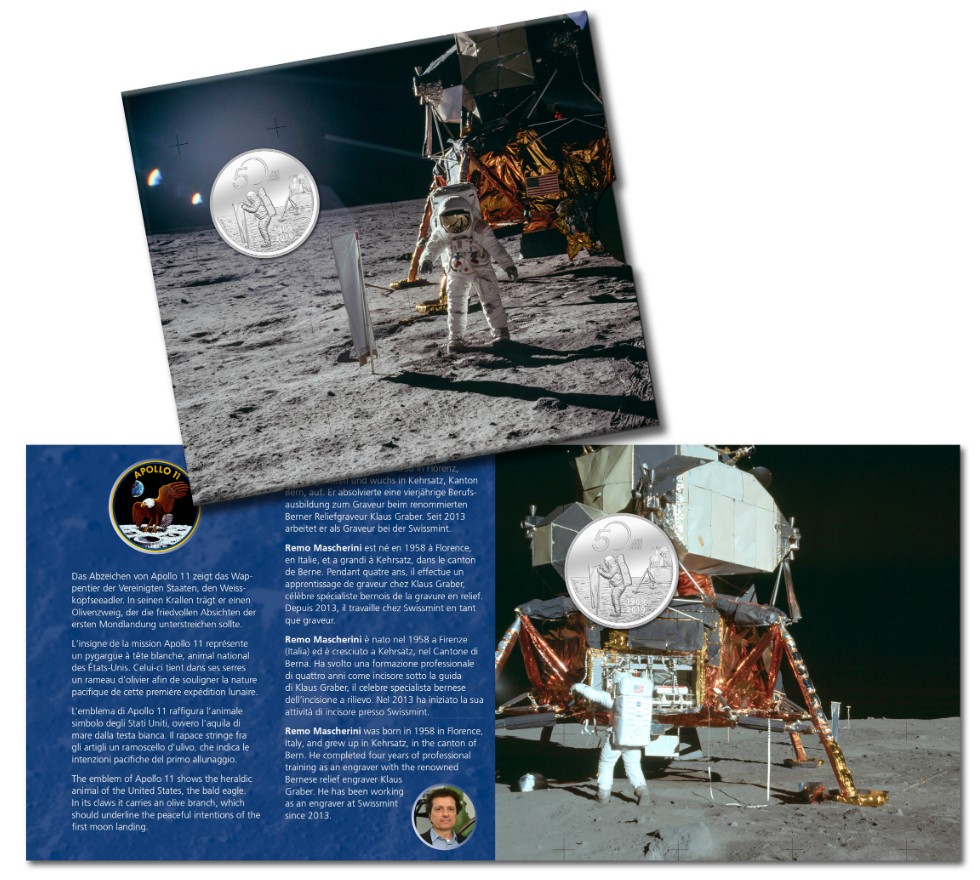 These silver coins will be available for purchase in both Brilliant Uncirculated and Proof quality on the 9th May. The Brilliant Uncirculated strikes are housed in a colourful folder with images and information about the coin’s design and anniversary. The Proof strikes are encapsulated and included in a presentation case, accompanied by a numbered certificate of authenticity. For additional information about the American Moon landing 50th-anniversary commemorative coins, please visit the website of the Swiss Federal Mint.