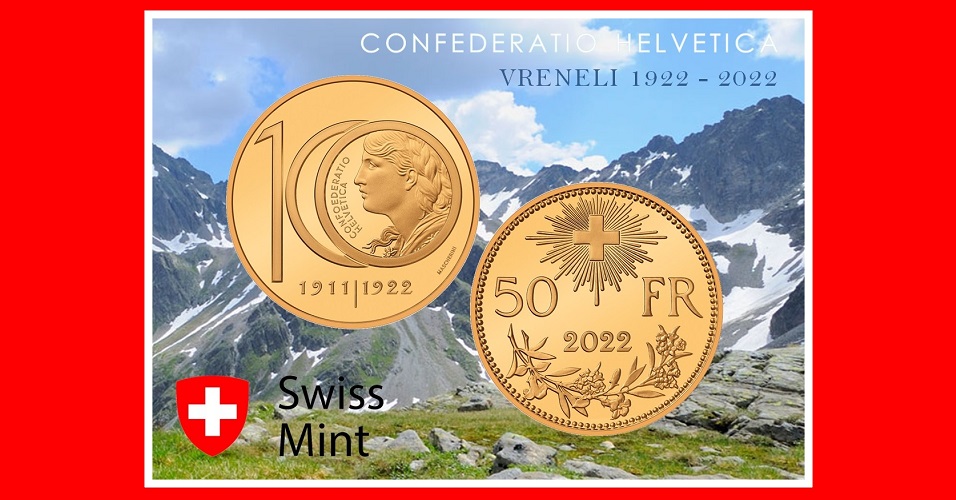 The Swiss Federal Mint produced and circulated 10-franc Vreneli’s for the last time in 1922. Like the 20-franc Vreneli coins, the 10-franc Vreneli is still a popular coin as both a gift and for investment. It is believed practically every Swiss resident is in possession of one or more Vreneli currently or were in the past. Also known as the “Swiss Miss” design, Vreneli became the colloquial name of the coin that was derived from a Swiss-German affectionate term for “Verena,” a traditionally popular name in Switzerland with the term usually reserved for young women. Created by Neuchâtel medallist Fritz Ulisse Landry, the obverse side included a depiction of a female allegorical profile facing left with braided tresses, a garland of edelweiss, Switzerland’s national flower, and an alpine panorama in the background. 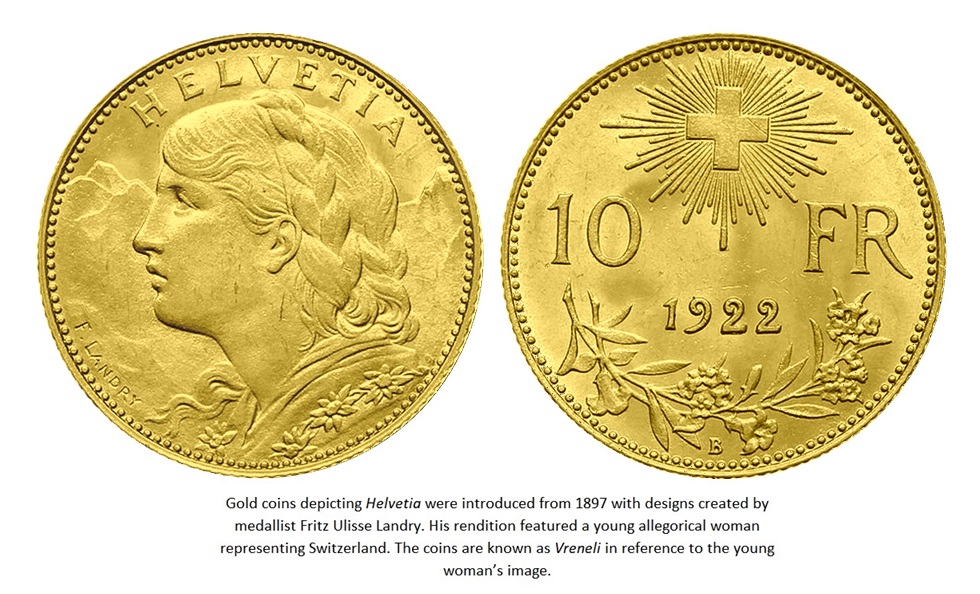 The first coins to carry Landry’s design were 20-franc pieces minted in 1897 with the first 10-franc coins minted from 1911. In 1925, the Swiss Mint produced 100-franc versions of the Vreneli design though only 5,000 pieces were minted. The 20-franc coin ultimately became one of the most popular European gold coins with over 58 million pieces being struck before they were eventually discontinued for use in 1936. The 10-franc coins were minted for only 10 years, the last pieces released for circulation in 1922. All coins dated 1947 and 1949 are considered restrikes and were exchanged for their gold content, as their legal tender status was removed in 1936. The reverse side of the 10-franc coins depicts a radiant Swiss Cross above the denomination represented with the numeral 10 and the abbreviation FR just above the year of issue. Two sprigs of roses and gentian blossoms embrace each other. 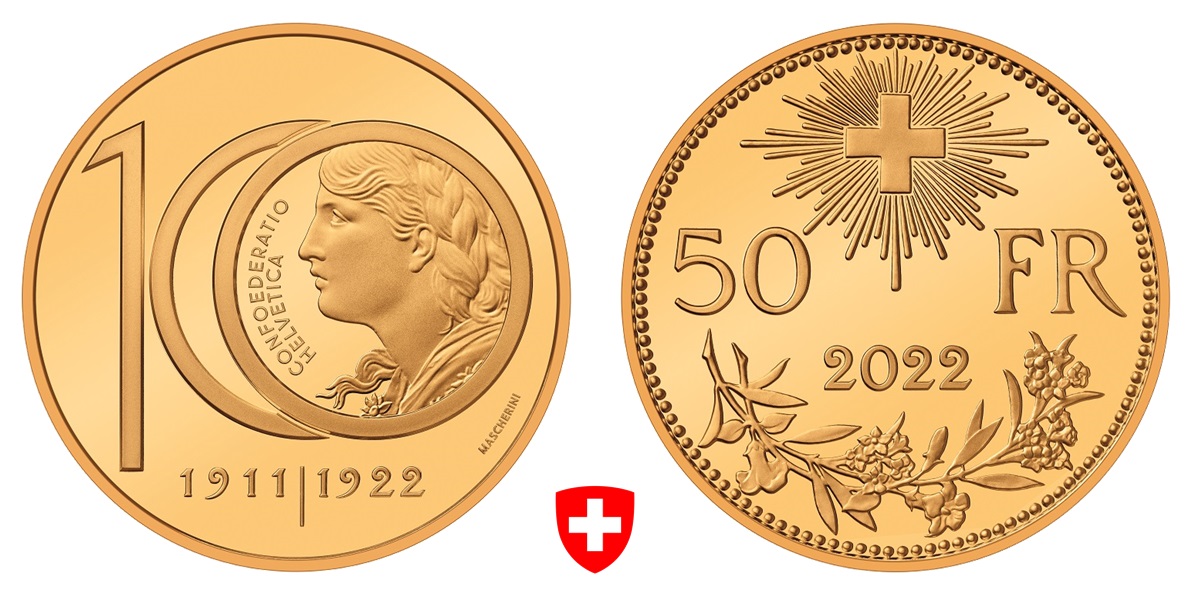 Designed by Swiss Mint artist Remo Mascherini, he has included elements on the obverse side from the original depiction of the Vreneli allegorical profile figure and also incorporates the numeral 100 to denote the anniversary. Below the primary design are the commemorative years 1911 and 1922 in reference to the first and last years of the coins’ issue. To the left of the profile shown is the text CONFEDERATIO HELVETICA. The contemporary 50-franc gold Proof coins replicate the reverse design in its entirety with the exception of the denomination and the year of issue 2022, which is shown just under the coins’ face value.

Availability of the coin commences from 8:00 am Central European Time (CET) on the 11th May and only from the website of the Swiss Mint. The Swiss Mint has also stated direct orders by e-mail or telephone are not possible.